Michelle Obama Is The Most Admired Woman On Planet Earth 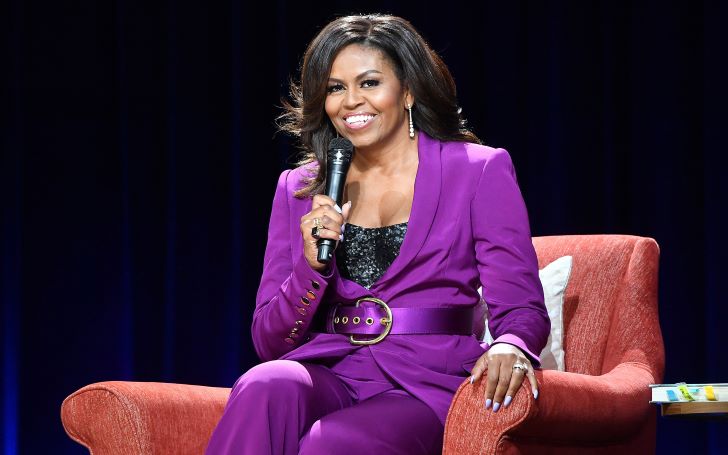 Michelle Obama is the most admired woman in the world.

Michelle Obama is, without a doubt, the most beloved first lady in the history of the United States. The lawyer, activist, wife of the former president Barack Obama and the mother of two daughters, Michelle Obama is prominent worldwide and as it seems, the world loves her!

It turns out, Barack and Michelle Obama are the most admired couple in the entire world, and the new YouGov survey has proven that! In addition to that, she is now the most admired woman in the world.

The Former First Lady recently dethroned the Hollywood superstar Angelina Jolie as the world's most admired woman. The new survey also suggests that the Trumps aren't as respected internationally as they are in the U.S. Internationally, Donald Trump ranked 14th, and Melania Trump ranked 19th.

So what truly makes Michelle so loved even years after leaving the office? Unlike most former first ladies, Mrs. Obama leads a remarkable public life even after leaving the white house. She is constantly engaging herself with issues troubling the American public and is still working alongside her husband to raise awareness in public.

Recently, Michelle launched a book named Becoming. She describes the creation of the book as "a deeply personal experience."In the book, she talks about her roots and how she found her voice,  her time in the White House, her public health campaign, and her role as a mother. She even highlights on her romance with Barack Obama and gives details of the high and lows of her marriage like miscarriage and the birth of her daughters.

You may like: Michelle Obama's Secret Behind Flawless Skin Is Only $44 Beauty Product

Michelle Obama constantly puts herself out to the public in a very vulnerable manner, and she is conveniently relatable. She does not conceal her achievements as god-given and freely tells the stories of her handwork and struggle. Unlike most public figures, her genuine concern and care for people are evident, making her very easy to like. Needless to say, she bagged the position of the most admired woman in the world.