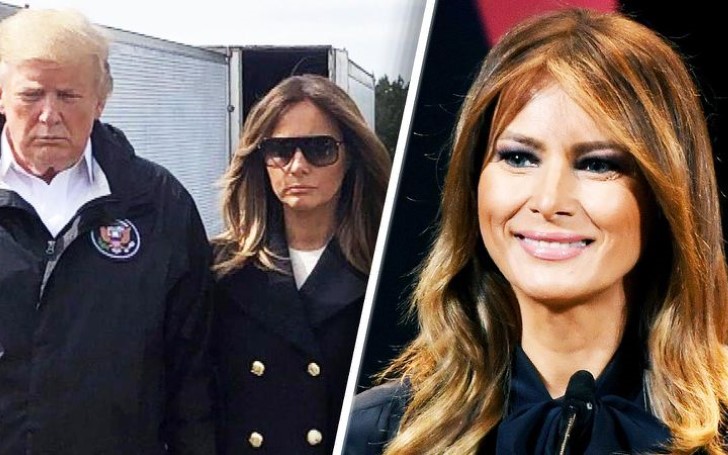 The internet strongly believes the US government uses a Melania Trump's body double.

It's back. Different theories explaining a body double of Melania Trump making appearances again with her husband, President Donald Trump is back at it again, on the internet obviously.

Well, can the internet be true or are they overthinking? Apparently, most of the people on the internet appear to be convinced that the US government is actually using a double body of the first lady.

Upon their recent appearance at Alabama to survey the damage and in order to attend a memorial after the area faced a tragic tornado over the weekend, the internet once again noticed how Melania looked quite unusual than what she previously used to look like. 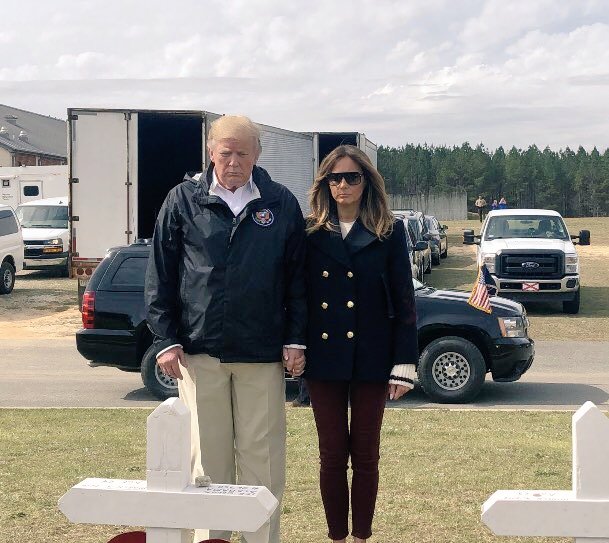 Obviously, the internet started a hashtag trend on Twitter followed by #FakeMelania that read plenty of people's own conspiracy theories on Mrs. Trump.

You may also like: Transgender Model Anjali Lama Looks Stunning in her First Calvin Klein Campaign

As a matter of fact, in the surfaced picture of Mr. and Mrs. Trump on the internet, Melania actually does look a bit different from her jaw area including her lips looking slightly different. Maybe she didn't feel well, or maybe she underwent surgery? Who knows.

Whilst some made a serious claim, some didn't hesitate to make jokes about it. One person on the app tweeted:

Likewise, see what others had to say about Melania and her 'Body double.'

GUYS THAT IS NOT MELANIA pic.twitter.com/2kfo7QMU2x

I previously thought the #fakeMelania thing was bullshit but I actually don't think that's her. lol https://t.co/KQNekZy0pi

When you order something online vs when it arrives... #FakeMelania pic.twitter.com/G1JBYsDzMD

I’m sorry, but there’s no way that’s Melania. This woman is walking and waving without Melania’s signature stiffness. #FakeMelania is REAL, people. https://t.co/fZUNauN0Ji

Me falling deeper and deeper into this #FakeMelania conspiracy pic.twitter.com/eWQsY1vE2R

Me after clicking on #FakeMelania thinking there was nothing to it pic.twitter.com/w33cz3uhdr

Oh come on, they're not even trying now #FakeMelania pic.twitter.com/Z7DBfd2WIj

Meanwhile, Melania is not the only famous celebrity who landed on with wild conspiracy theories. Previously, the internet also claimed singer Avril Lavigne was dead and was replaced with a clone.

Likewise, Disney's famous alum Miley Cyrus too supposedly died and was buried by Disney in a desert. Not to mention another theory mentioning Taylor Swift who internet believes is an Illuminati clone of a Satanic church leader.