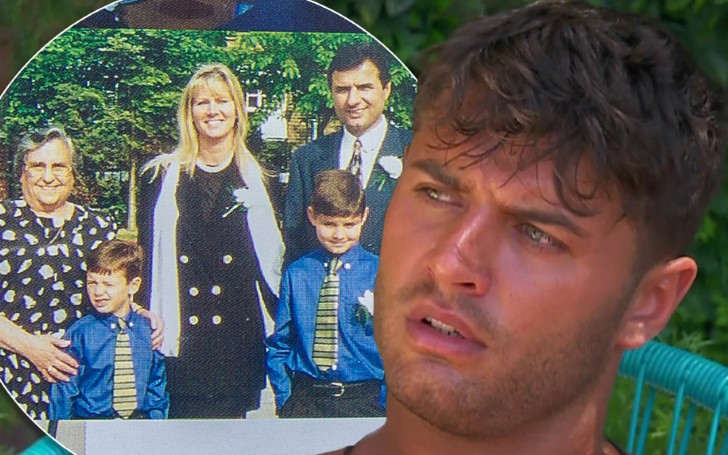 Mike Thalassitis’ family shut down claims he was struggling financially.

The Love Island star tragically passed away after taking his own life on March 16. The subsequent funeral was held on April 5 following which his family set up a Just Giving page for mental health charity Campaign Against Living Miserably.

Mike's aunt Francesca Goldsmid wrote on the page where she alleged the 26-year-old had 'strong pipeline of promising new business ventures and financial stability enabling him more luxuries than most'.

Also See: Stars of Love Island Hit Out at the Show after Former Contestant Mike Thalassitis is Found Dead

Francesca's comments were a direct response to Mike’s friend and fellow islander Montana Brown who had claimed shortly after his death, 'he didn’t really know what to do for work and he wanted to be his own boss and he didn’t know how to do that and I know he had a massive tax bill to be paid.'

Tributes poured in as Mike Thalassitis died at the age of 26.

Aunt Goldsmid who launched the page shared, 'Mike was loved by so many and had such a promising future ahead of him. He had a close and supportive network of friends and family, a much loved public profile, a strong pipeline of promising new business ventures and financial stability enabling him more luxuries than most.'

Francesca added, 'Yet despite all this, and most importantly, deep down beneath the surface, he was suffering from poor mental health – a dark depression that he kept very well hidden from even his closest friends and family. So on the 16th March, overwhelmed and exhausted by his private battle with depression, he made the tragic decision to give up the fight by ending his own life.'

Previously, Montana Speaking on This Morning suggested 'the stress really got to him, and he kind of thought this fame wasn’t what it was cracked up to be, where do I go now? I don’t know if it was a spur of the moment reason. I don’t know if he had these demons he had to deal with.'

Mike's manager had earlier confirmed the tragic news after the reality star's body was found in a forest near his home in Essex. The police later released a statement confirming he was located hanged in a park.

Mike's friends and family paid their respects and bid their final goodbyes on 5th April at Christ Church in Southgate.