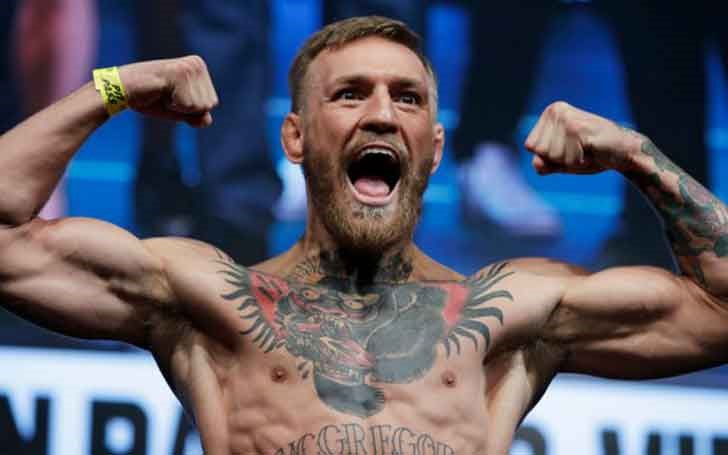 Mixed Martial Arts superstar Conor McGregor arrested and jailed on Monday after he allegedly smashed a fan's cellphone in Miami.

McGregor got booked into the Miami-Dade County Jail on charges of strong-arm robbery and criminal mischief after Miami police said he allegedly slapped the phone out of the fan's hand and then stomped on it. 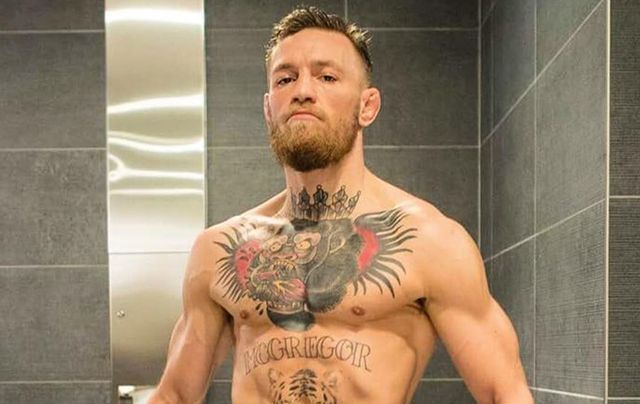 According to reports by The Miami Herald, Miami Beach police were called to the scene outside the LIV Nightclub at 5:00 am (0900 GMT). The police started their investigation and McGregor was arrested later in the day at a nearby home and was taken to the Miami-Dade jail at around 5:56 p.m.

“Last evening Conor McGregor was involved in a minor altercation over a cell phone that resulted in a call to law enforcement. Mr. McGregor appreciates the response of law enforcement and pledges his full cooperation.”

Recently, the former two-division UFC champion issued his first remarks on Instagram since his arrest.

Few hours after paying the bond amount $12,500 and being released from Turner Guilford Knight Correctional Center in Miami, Conor posted a picture of himself alongside a caption on Tuesday morning. 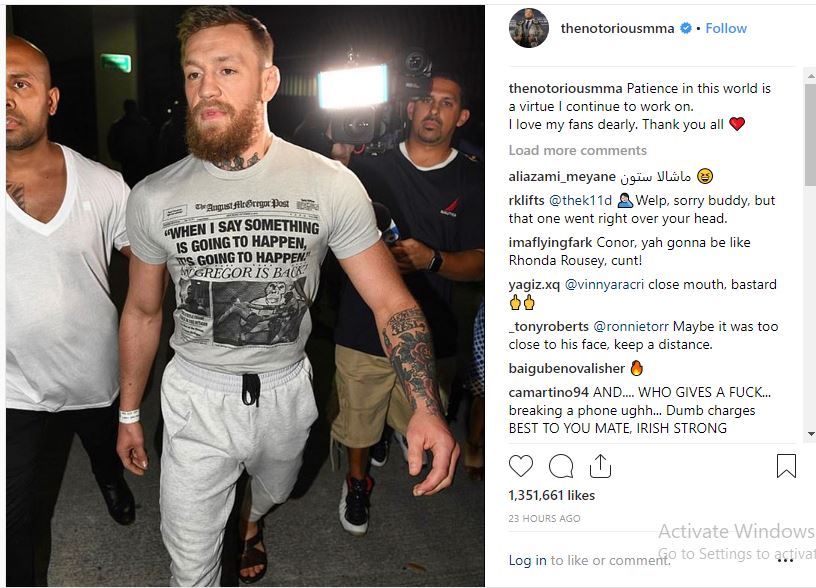 Conor releases a statement on his release.
SOURCE: Instagram

His caption read, “Patience in this world is a virtue I continue to work on. I love my fans dearly. Thank you all.”

As per some reports, Conor recently completed his 25 hours of community service assigned to him per his guilty plea for the bus attack in Brooklyn last year in which Conor allegedly attacked the UFC fighter bus carrying lightweight champion Khabib Nurmagomedov.

Per the terms of the plea deal to one count of disorderly conduct, McGregor was forced to undergo five days of community service, 1-3 days of an anger management evaluation, and compensated for the damage inflicted in a UFC fighter bus during UFC 223 fight week.

Following the bus incident, Conor is apparently suspended by the Nevada Athletic Commission (NAC). Conor stage name “The Notorious” will come off the six-month suspension on April 5.

McGregor’s arraignment is scheduled for April 10, per a state attorney’s office spokesperson.