home Movies & TV Shows The Most Ridiculous Moments From The Battle Of Winterfell On ‘Game of Thrones' That Makes Absolutely No Sense!

The Most Ridiculous Moments From The Battle Of Winterfell On ‘Game of Thrones' That Makes Absolutely No Sense! 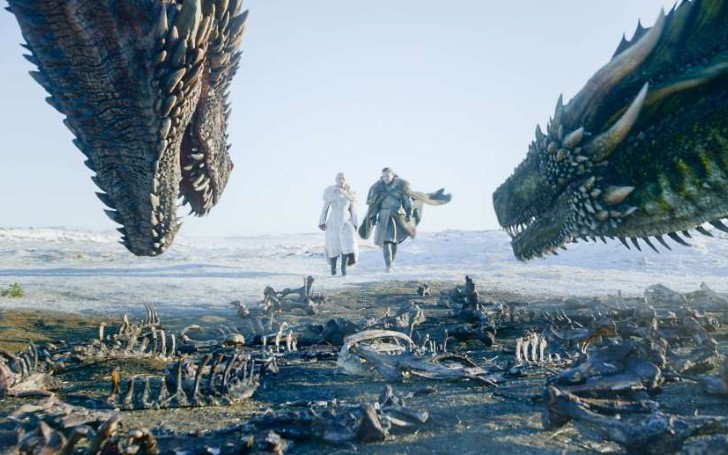 For a moment, the battle of Winterfell was really proving out to be as grandiose as it was claiming from the beginning.

But, now that it has ended with Starks and Daenerys being victorious, some extremely perplexing questions have been raised, because a lot of battle sequences made no sense, whatsoever. True, the showdown between the living and the dead was really excruciating at most of the times, but meanwhile, here are some most ridiculous moments from the very incident.

All the Famous Characters Gained a Huge Favor From The Writings. 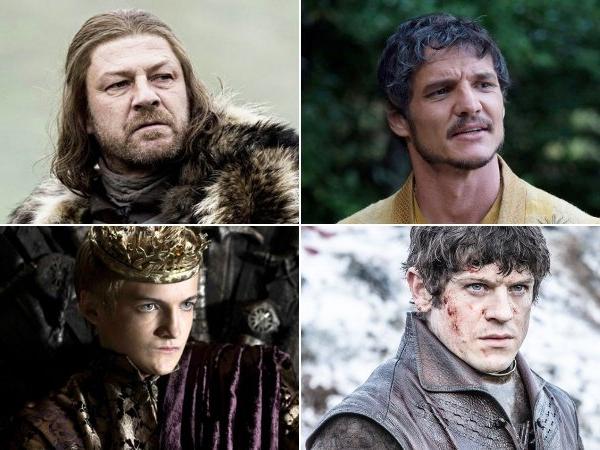 "Game of Thrones" characters were never safe from deaths even when they weren't involved in the battle.
SOURCE: HBO

Game of Thrones is notorious for slashing off its character in more by accident than design. It was completely futile to be fixated on one character. Though the series was a fantasy, it was never a fairy tale. But it became in season 8 episode 3. Meaning, how many times did we see characters being saved at the last second by a buddy chopping the head off a wight?

Also Read: Is Cersei Lannister Really Pregnant On Game Of Thrones Or Is Just Faking It?

Samwell has multiple near-death experiences that involved a wight literally climbing on him, yet the undead didn’t even manage to scratch the last heir of the Tarlys (not that the series televised of). Brienne and Jaime also showcased similar incidents but almost all of the characters in the battle of  Winterfell were on the sheer amount of luck. A dragon waited long enough to stood Jon as the luckiest protagonist of the entertainment industry. Jorah appeared out of the blue to armored a helpless Daenerys and complete his journey as the forsaken best friend.

How Strong the Dragons Should Have Been? 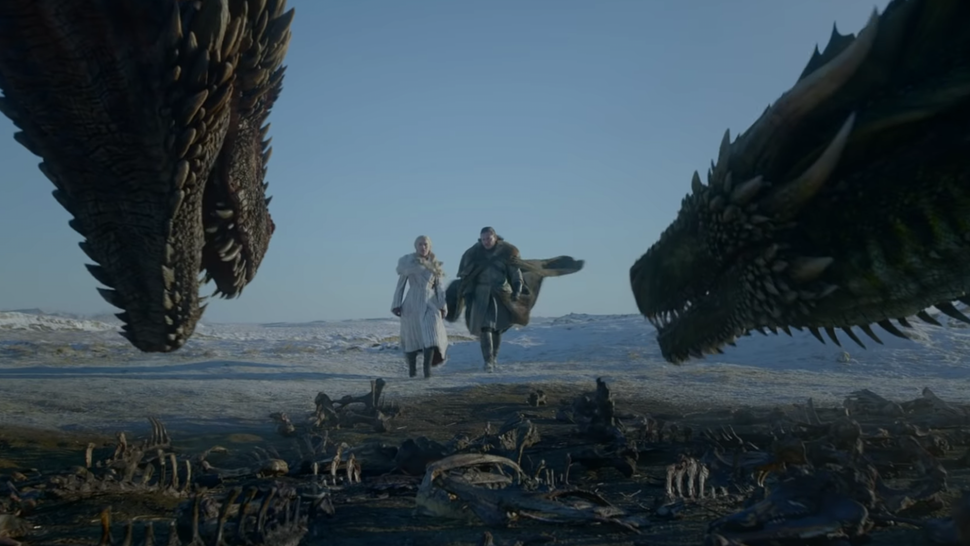 Turns out dragons aren't that strong as they have been claimed to be.
SOURCE: Bustle

So much of “Game of Thrones” is set on the idea that dragons are the most powerful being to ever exist. They’re the reason Aegon Targaryen was able to win Westeros in the first place, and they’re probably going to be the same reason for Daenerys’ victory.

But in Sunday’s battle, the beasts showed slightly different symptoms. They definitely were more threatening in battle than the Dothraki and the Unsullied or any of the humans but the Night King summoned some clouds and, in the words of Emeril Lagasse, and the mightiest creatures weren’t able to see a thing. Add to that, the Red Woman aka Mellisandre became their sole supply of fire.

Recommended: In The New 'Game Of Thrones' Teaser Photos, Who Is Lurking Behind Sansa?

When the moment came, and Drogon drained the Night King in flames . . . nothing happened. Nothing except the Night King grinning, speaking of which it was also the one and only emotion the character showed during the entire series.

Dragons are obviously useful, but they didn’t seem like that invincible as we’ve come to expect. Not to mention, the one was already killed by an ice javelin last season.

Jon and Dany; How to Train Your Dragon 4? 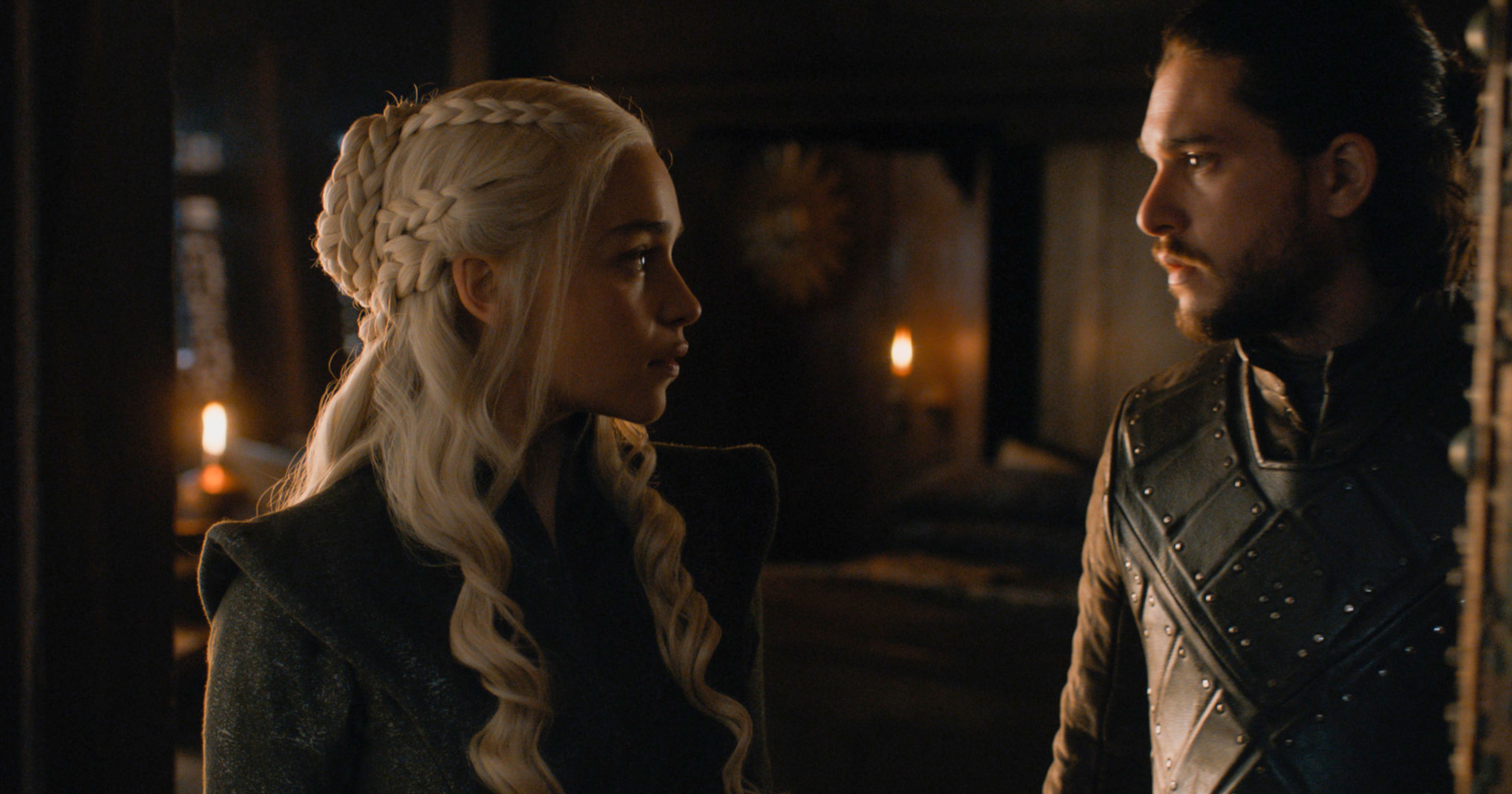 Daenerys and Jon proved to be little of help in the Battle of Winterfell.
SOURCE: Refinery

For most of the time, we see King in the North and mother of the dragons hovering above the clouds with zero visibility and occasionally running into each other. Of course, the plan for them was to keep an eye out for the Night King, using Bran as bait. But when that didn’t work out, it took them relatively long to get to the main motive. In fact, even when the night king was in the Godswood, they were far from saving Bran.

Out of all, Arya was Destined to Kill the Prime Villain of the Series; What Happened to all that Azor Ahai theories? 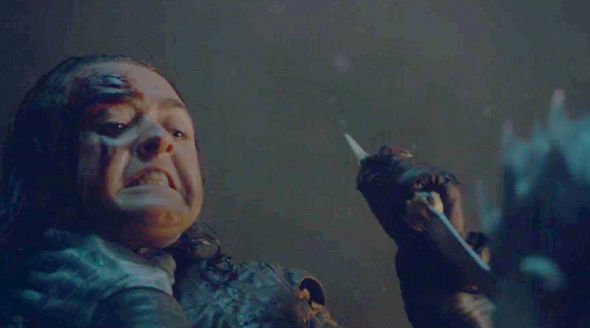 Arya turned out to be the one to put the final blow on Night King.
SOURCE: Daily Express

We know Arya gained the skills of an assassin from her time in the House of Black and White.

Don't Miss: Theon Greyjoy Is The Real Hero Of The Battle Of Winterfell

That being said, it was only a matter of question, how fast is Arya?! Before anyone could do it, she got to Bran in minutes and was in such a control of her breath and her steps that somehow none of the White Walkers, wights who were circling the night king and Bran seems to have noticed her running towards their founder with a Dragonglass (the sole weapon for his destruction).

What Was Bran Doing? 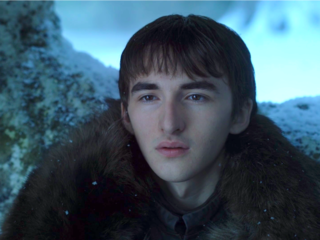 Season 8 episode 3 of Game of Thrones never showed what was Bran doing being the Three-Eyed Raven.
SOURCE: Insider

Bran spent most of the battle in the head of a raven, but the episode never showed what he was up for. There isn’t really much more to say here that can be highlighted about. But basically, all the so-called three-eyed raven was telling Theon that he’s a good man and give him a look that said, “Thanks for dying.”

Thousand Years of Enemies Gone in a Matter of Seconds. 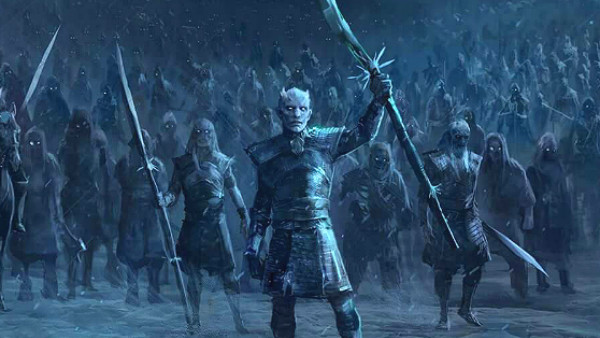 Night King and his armies died in the simplest way possible.
SOURCE: What Culture

One of the most nerve-racking yet mysterious aspects of “Game of Thrones” is that we spent so much time and theories learning into the Night King’s inner psyche — if he even had one.

The way in which he met his end would have been fine enough if so much of the series didn’t hinge on his existence, but it does. After seven and a half seasons fearing about the Night King and the battle to come, he’s gone, just like that. What’s so absurd in all these; we never learned what he wanted or why he was ridiculously insistent on killing the humans and head to the south. We never knew if he actually craved for something or was just marching on instinct.