home Movies & TV Shows Is Cersei Lannister Really Pregnant On Game Of Thrones Or Is Just Faking It?

Is Cersei Lannister Really Pregnant On Game Of Thrones Or Is Just Faking It? 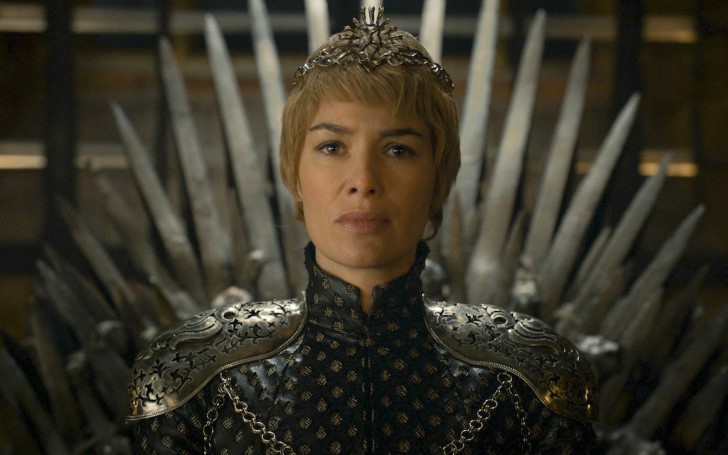 One of the scenes from the Game of Thrones Season 8 premiere has fans thrown into the puzzling question of whether Cersei Lannister (Lena Headey), the Queen of the Seven Kingdoms, is actually expecting a child.

Although Cersei revealed in season seven that she's pregnant, this most recent episode saw her hooking up with a new man (Euron Greyjoy played by Pilou Asbæk) and drinking wine, leading fans to doubt if she's actually carrying a baby.

To make the matter even more perplexing, Euron tells her, "I'm going to put a prince in your belly," before he leaves her room, after which we can note Cersei delivering an emotional—almost tearful—look.

It can be considered since GoT takes place in medieval times, people were not yet aware of the fact that drinking alcohol could harm fetuses. But Cersei did deny to drink wine when previously her other brother, Tyrion (Peter Dinklage), offered her a glass in the Season 7 finale, which was noticeably out-of-character from the lady who we have seen with wine more often than not. Her refusal—and the way she grasped her stomach—made Tyrion and the almost all the viewers realize that she was indeed carrying a baby.

It's possible that the reigning Queen of Andals is still with child, but after watching the Season 8 premiere, many viewers are finding it difficult to comprehend. And here are some few questions that make the issue more bewildering.

Was Cersei faking the pregnancy from the beginning?

In Season 8, Episode 2, Tyrion questions to Jaime what everyone is thinking, "Was she lying about the baby too,” to which Jaime answers, "No, that part is real. She’s always been good at using the truth to tell lies." That probably means Cersei will use the fact of her pregnancy to manipulate people.

Furthermore, according to Vanity Fair, the scripts from Season 7 confirm Cersei's status, and state the following when she first shares the news with Jaime:

"She nods, it’s true. [. . .] Her happiness is contagious. They get another chance at a family. This time with no one standing in their way."

Reminder: The new "chance at the family" is a big deal for the Lannister sibling-couple because all their heirs (Joffrey, Myrcella, and Tommen) are already dead in the series.

To further clear the uncertainty, the Season 7 writings also state this of her meeting with Tyrion when he finds out she's expecting:

"Tyrion sees what he sees and knows what it means. He can hardly believe it but knows it to be true. [. . .] She stays silent for too long, long enough to tell him that he’s right. And once she knows he knows, she can think of nothing else to say."

So it's safe to assume Cersei’s pregnancy is true when she announces it in Season 7. But here we present the scenario, where that notion gets a bit confusing.

Was the Queen actually pregnant but somehow lost the baby off-screen?

Maybe that's why Cersei wouldn't drink wine in the final episode of Season 7 but did in the Season 8 premiere. This theory seems plausible if you remember the prophecy Cersei received as a child from the witch Maggie the Frog. Maggie forecasted that Cersei would have three children with gold crowns and gold shrouds, which means they'd all be royalty but all will meet their fate before she does. That part has come to fruition on the show, like Joffrey, Myrcella, and Tommen all met their deaths in past seasons. But does this mean that Cersei can't have any more babies?

Vanity Fair indicates that in the George R. R. Martin book A Feast for Crows, Cersei experiences a premonition of her miscarriage when she sits down to have boiled eggs for breakfast one morning and one of the eggs has a half-formed chick inside.

Or Is she still pregnant but just using Euron as concealment?

Some viewers postulated this as a possibility after watching the first episode of the 8th season. Maybe Cersei is just sleeping with Euron to A) please him and keep him as an ally or B) say that he’s the father of the baby rather than Jaime, thus keeping her incestuous love with her brother hidden from the society.

If the latter is true, then Cersei would be going against what she told Jaime in Season 7—that she would confirm it to the people that the child is his, despite what they'd say about their immoral relationship.

But perhaps, loyalty to her brother is no longer the queen's concern, especially since he rebelled her and left the King’s Landing to go North and aid her enemy in the fight against the White Walkers. She even ordered Bronn (Jerome Flynn) to assassinate Jaime and Tyrion if they somehow survive the war.