home Movies & TV Shows In The New 'Game Of Thrones' Teaser Photos, Who Is Lurking Behind Sansa?

In The New 'Game Of Thrones' Teaser Photos, Who Is Lurking Behind Sansa? 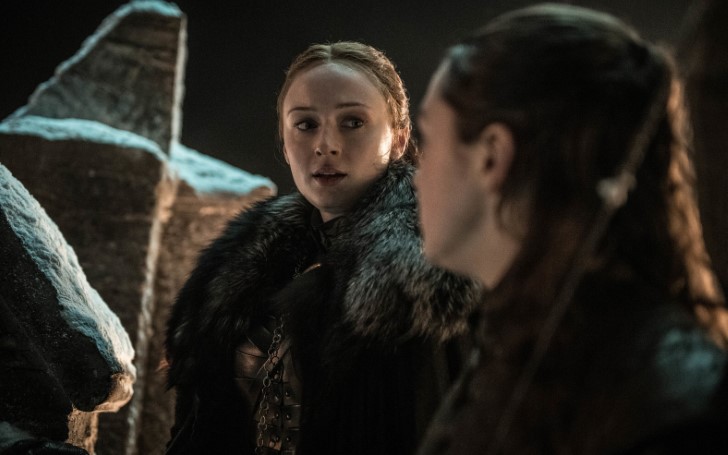 Who is this guy behind the Sansa Stark's image from the Game of Thrones season 8, episode 3?

There are only four days left until the Battle for Winterfell in Game of Thrones, and HBO just aired new teaser photos that might hold major spoilers and clues, and here's what they are suggesting.

There are six pictures in total, and the one that requires immediate attention is a picture of Sansa Stark (Sophie Turner). In the photo, the lady of Winterfell is obviously sitting somewhere, and it looks like there are statues behind her, which could mean that she's either in the crypt or someplace where there are a lot of curtains. She looks pretty pissed in the photo, and her eyes almost look teary. 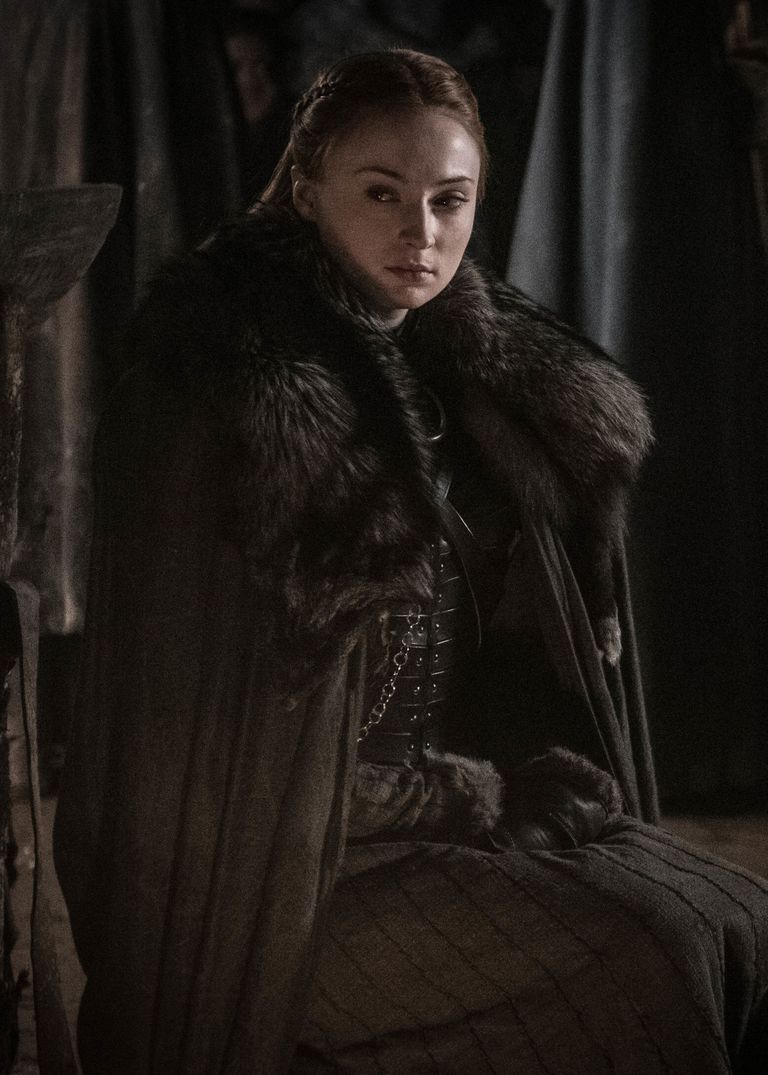 There's a face behind this picture of Sansa Stark.
SOURCE: HBO

Upon close observation, we can see the outline of someone's face in the background. It's extremely fuzzy and very unclear, but it's there. From the hair, it seems like it could be Jon Snow (Kit Harrington). But it's hard to tell if it’s actually the King of the North. 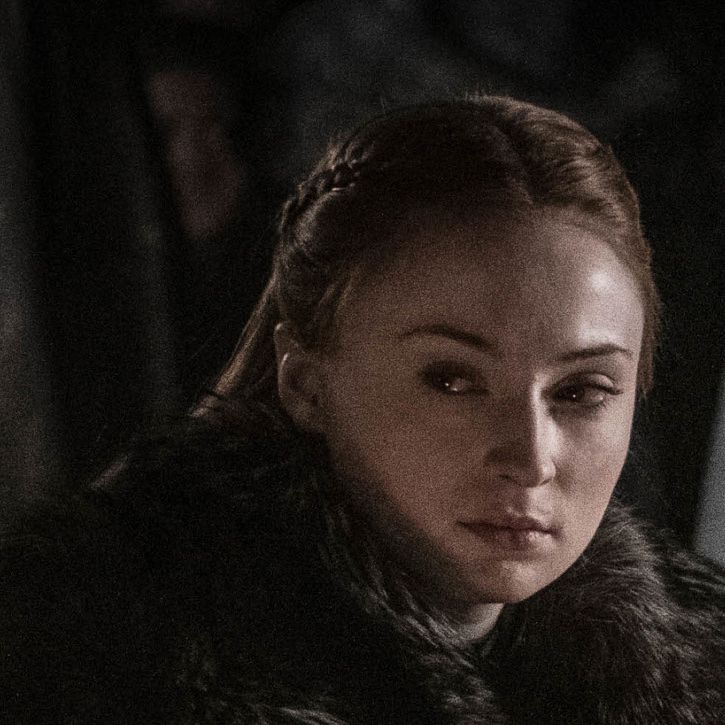 Upon keen inspection, we can see that its a face of some man behind this picture of Sansa Stark.
SOURCE: HBO

Whatever the picture suggesting, it’s definitely a person lurking behind. What's confusing is that there's another pic of Sansa and Arya (Maise Williams) and this time they're definitely not in the crypt. 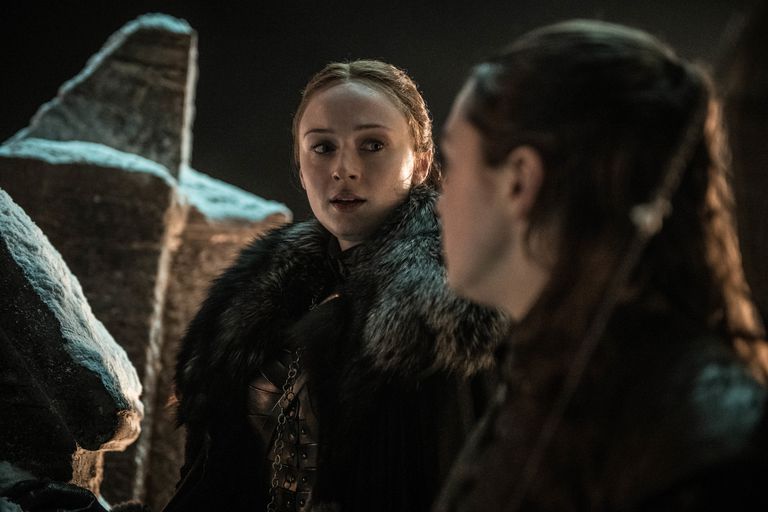 Sansa and Arya Stark are again seen together at the Winterfell's Watch.
SOURCE: HBO

Episode 3 teases Jaime (Nikolaj Coster-Waldau) and Brienne (Gwendoline Christie) finally going to fight alongside each other, but again, they look really terrified.

Here's Jon, who is also looking quite stunned. 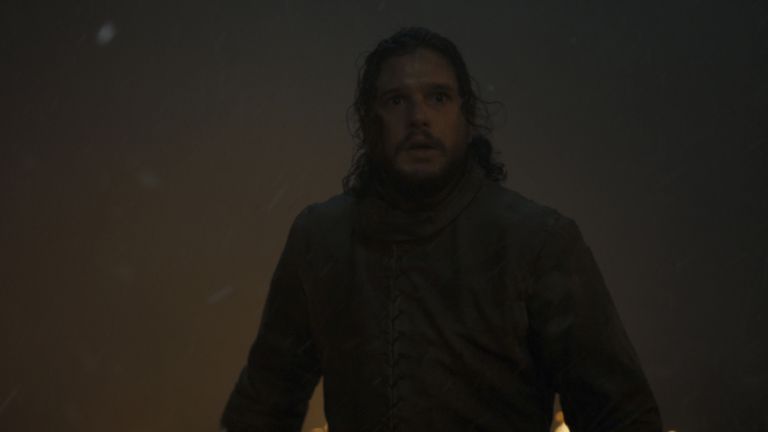 Jon is also looking quite terrified in episode 3 of Game of Thrones.
SOURCE: HBO

But this contrastingly differs with another picture which shows Jon and Dany seemingly very far away from the battle. The best guess? They're about to bring the dragons into the fight and that's why they might have taken a short break from the battle-field. But seeing how their clothes look (no blood, no mud), it must be beforehand.

Meanwhile here’s a quick synopsis about what happened in Game of Thrones’ recent episode;

Jaime reveals Cersei's fake promise to the Targaryen–Stark alliance which she had made in the prior season's finale, and despite Daenerys's (Emilia Clarke) and Sansa's skepticism, joins their forces after Brienne vouches for him. Jaime later apologizes to Bran (Isaac Hempstead) for making him a cripple, with Bran saying he is not holding the grudge anymore, and they are no longer the same people.

Daenerys starts to show apathy towards Tyrion (Peter Dinklage) for believing Cersei, which leads Jorah (Iain Glen) to ask her to forgive his mistakes. Sansa shows a rebellious attitude to Daenerys by saying she and Winterfell will never vow to whatever monarchy that shall win the Iron Throne.

Theon, Edd, Tormund, and Beric return at Winterfell, with the latter three reporting House Umber's fall. Bran suggests that they lure out the Night King using him as a bait, as the NK aims to destroy the Three-Eyed Raven. His proposal is reluctantly accepted, with Theon and the Ironborn offering their aid. Gendry finishes a special weapon for Arya, who then persuades him to break her chastity.

Tyrion, Jaime, Davos, Brienne, Podrick, and Tormund share a drink, during which Jaime knights Brienne. Jorah fails to talk Lyanna Mormont out of fighting and later receives House Tarly's ancestral sword as a gift from Sam. Daenerys finds Jon at Lyanna Stark's tomb where she knows about his Targaryen lineage and claims to the Iron Throne. Army of the Dead finally approaches the Winterfell.