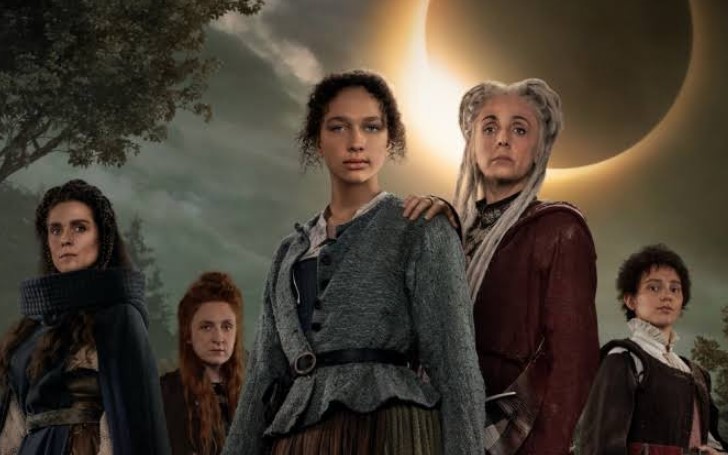 Get ready, people. Netflix is casting a 'Luna Nera' on you this January 2020. Netflix is all set to release it's new series 'Luna Nera' and take you to the medieval period of witchcraft. For this, the streaming giant is summoning actors from the Italian talent pool.

The series is a European project, created by Francesca Manieri and Laura Paolucci in association with publishing house Fandango (Italy). There are some interesting facts you should know about the show, the release date, and cast. Let's find out.

Luna Nera - which translates to 'Black Moon,' is a new original series based on an unpublished manuscript about a woman accused of witchcraft in the 17th-century in Italy. The series tells a story of a teenage girl accused of witchcraft, following which she, along with her younger brother, flees her village.

The girl finds refuge with a group of women who all are accused of witchcraft. Just when she thought her life was going to be easier, a twist follows. The teenage girl is obliged to choose between seemingly impossible love and real destiny.

Domenico Procacci, CEO of Fandango, said: “Our country has a wealth of stories, myths and legends that often inspire novels, films and even series from all over the world. With Luna Nera, the ambition is to be us to tell this extraordinary narrative and visual imagination, trying to reach a global audience. Netflix is ​​obviously the ideal partner for this project. Together we have the opportunity to create something authentic, spectacular, and very original.”

Luna Nera is one of many European projects this year. VP International Originals of Netflix said, "We are thrilled to develop such an original story with a new partner in Italy. The manuscript has a dense network of characters, refers to mythology deeply rooted in local legend, and offers us the opportunity to create an all-female show in a unique way in Italy."

Since the storyline is already grabbing our attention, we are excited about the Italian title - Luna Nera, which is all set to premiere on 31 January 2020 in Italy. The six episodes series will initially be released in the Italian language. The production did not disclose if the series will be available in English as well or not; however, there will be a subtitle to remove all the barriers.

Luna Nera, as described by the production team, series is to tell a local story to a global audience. So, the series is full of Italian talents. Some of the most notable names on the shows, according to the IMDb, are Nathan Macchioni as 'Adriano' (six episodes), Nina Fotaras as 'Ade' (3 episodes), Federica Fracassi as 'Janara' (3 episodes), Astrid Meloni as 'Amelia' (3 episodes).

Netflix's Luna Nera tells a story of a teenage girl which is accused of witchcraft.
Source: Variety

The stars lineup seems interesting, as some of the names are Italy's most prominent actors. Even the production team is excited about the work and can't wait for the global audience response.

Also Read: Netflix Original Series - 'The Last Kingdom' Season 4 Confirmed. When will the Season 4 Come Out?

As  Chief Content Officer at Netflix, Ted Sarandos said, "we believe that great storytelling transcends borders. When stories from different countries, languages, and cultures find a worldwide platform where the only limitation is the creator’s imagination, then unique, yet universal, stories emerge that are embraced by a global audience.”