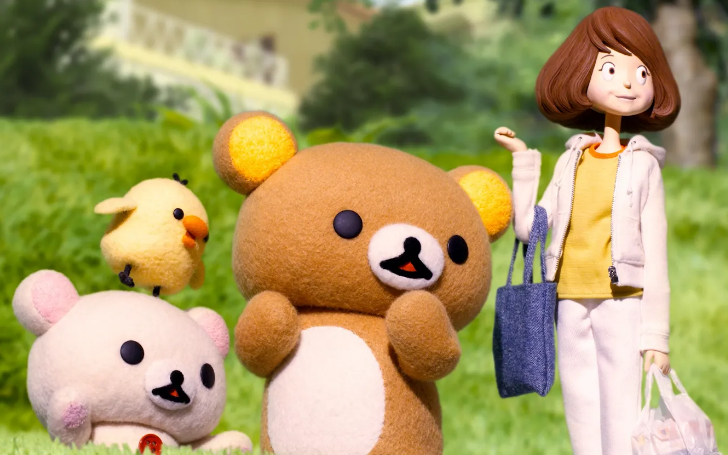 One of the most amazing animated series, yet many people are unaware of the show; We are sorry to break this to you, but you people who haven't seen the show are missing out so much. 'Rilakkuma and Kaoru' is Netflix's stop-animation series about the daily life of a young woman and her slothful roommate.

Rilakkuma and Kaoru is a 2019 series created by 'Dwarf Studio' in cooperation with 'San-X.' The show premiered on April 19, 2019, on Netflix, but only a few know about the show itself, but people who watched it were instant fans of the show.

What is 'Rilakkuma and Kaoru' is all about?

Netflix's 'Rilakkuma and Kaoru' follows the adventure of Kaoru, who is a single office worker in her mid-twenties. And as we all know, Kaoru lives with her housemates, Rilakkuma, Korilakkuma, and Koiirotori.

The show follows the daily life of Kaoru, who is struggling with her office job, which underpays her, and of course, she has a crush on a cute delivery man and all other regular daily life stuff we go through in our real life. So, don't let these cute little characters fool you; this shows more relatable than ever.

The show is an animated series that uses stop-animation, which makes everything visually pleasing. And not to forget, little details like bear's fur, sunsets, green meadows scream the efforts put on to create this show. This just blows the mind in a good way. In short, Rilakkuma and Kaoru is the perfect mix of cute and profound.

Fans Suspect Rilakkuma is Someone in 'Kigurumi Onesie'

According to the character description by the official production team, Rilakkuma is a soft, toy-like brown bear whose interests are mostly limited to sleeping and eating. But fans beg to differ.

Also Read: Ja'Siah Young's Series Raising Dion is Coming Back for a Season 2 on Netflix

Anime fans can go to any extent when it comes to speculating about their favorite character(s). Netflix's original series - 'Rilakkuma and Kaoru', could not stay away from those theories too. According to some fans, Rilakkuma is someone (a person) in Kigurumi's onesie.

And according to a clip obtained, it does show character design having a zipper in the back of the suit. And all this time, we thought it was a bear. While the theory seems to have some weight to it, we still don't know who is really inside the suit. Is it a bear inside a bear suit or a person? May be will find it in season 2 of the series.

Rilakkuma and Kaoru completed their first season. Will it renew for season 2?

Thanks to Netflix's global expansion, it has resulted in excellent titles from all around the world. Rilakkuma and Kaoru is one of them coming out of Japan. The charming little series is the first-ever stop-animation show Netflix has ever produced.

After the endearing first chapter, fans are waiting eagerly for the next season, but will there be a season 2 of the show? According to the reports, the filming for the second season began on12th of December 2018. Season 2 of the Rikkuma and Kaoru was expected to hit the streaming platform Netflix in October 2020, but it has not come out yet. There's still no official date on when the second season will release.

For more information on your favorite celebrities' lifestyle, TVs and Movies' news, stay tuned to Glamour Fame, and don't forget to sign up for the newsletter.