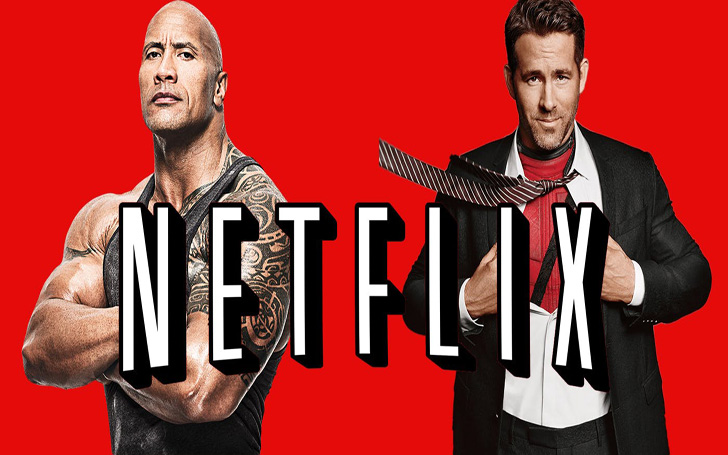 Netflix has made a serious coup by acquiring the Dwayne Johnson starrer ‘Red Notice’ from a Hollywood giant Universal. Universal itself acquired the rights to the movie one year ago when they won the bidding war for the film by director Rawson Marshall Thurber with Dwayne ‘The Rock’ Johnson attached to star.

Universal had previously scheduled the movie for a release date on Nov 13, 2020, after they acquired the film on the heels of the success of Dwayne Johnson’s film ‘Jumanji,’ but recently they removed the film from the release date and put another event film in there.

The movie which follows an Interpol agent as he searches for the biggest art thief in the world was given a commitment of $130 million budget with the director set to make an eight-figure sum and Dwayne Johnson making a nine-figure salary. The ‘Central Intelligence’ and ‘Skyscraper’ writer and director presented the script for the movie to the studio that is when Universal got uncomfortable with their promised commitment. Universal gave the writer the right to shop the script around, and that is when Netflix swopped in to swipe the film off the market.

The producers it seems made some move as soon as the streaming giants had their hands firmly behind them, as they added Ryan Reynolds and Wonder Woman fame Gal Gadot to the cast. Reports are also coming out that Reynolds is getting paid $20 million for his work and the same goes for Gal Gadot who only has a small role, but the producers wanted pay parity. Dwayne, though, is set to make much more as he is leading the movie as well as producing with his frequent collaborator Rawson.

Rawson and Dwayne are producing the movie along with the producing partner from Central Intelligence, and they are beyond thrilled to be working with the world leader in streaming. He said;

I’m beyond thrilled to be making ‘Red Notice’ with Scott Stuber and Netflix — a company that believes in filmmakers and big ideas for a global audience. With ‘Red Notice,’ our goal at Seven Bucks Productions was to break down traditional barriers and create a true global event for the audience. Netflix has illustrated that they are the perfect partners to accomplish this goal.

The director of the movie is set to make $10 million for his work, and the production budget that Netflix has backed the film with has ballooned to an eye-watering $200 million. That amount of money for a comedy action movie is just way too much for a production studio where the studio has to justify the cost on a per movie basis. That is not a case for Netflix as the streaming giant can throw whatever viewership number at us and we have to believe it because we cannot know the exact number of people who watched a particular show or a movie.

Also Read: When Will Stranger Things Season 4 Arrive On Netflix?

A few months ago ‘Triple Frontier’ went silently into the night as the $115 million budgeted-movie didn’t make that much of an impact for the streaming giants. Since then the studio was said to be scaling back the cost associated with the movie, but this number that they are throwing at Red Notice is beyond ridiculous.

Watch: The trailer for Triple Frontier

A movie starring Gal Gadot, Dwayne Johnson and Ryan Reynolds is precisely the type of flick that will bring millions of viewers to YouTube when the trailer is released and when the movie is released that number won’t be replicated at the movie theatre.

Just imagine this for a second, Central Intelligence made $200 million, and Skyscraper made $300 million, so it is understandable that the studio felt a little uneasy about investing $130 million on a flick that will most probably make $300 million if everything goes right. That is not a sound investment when all the marketing and print cost is taken into account. Universal made a hasty decision of buying the rights to the movie depending on the success of Jumanji, but $900 million gross of the film was because of a perfect storm of both unexpected better quality of a movie and the Christmas period. It was an outlier and not the norm, but still Universal was able to move off the project.

We are getting the film no matter what as Netflix doesn’t have to justify any sort of cost associated with production to shareholders. If we get to watch an action-comedy movie starring Dwayne Johnson, Ryan Reynolds, and Gal Gadot in the comfort of our couch, then you won’t hear us complaining.