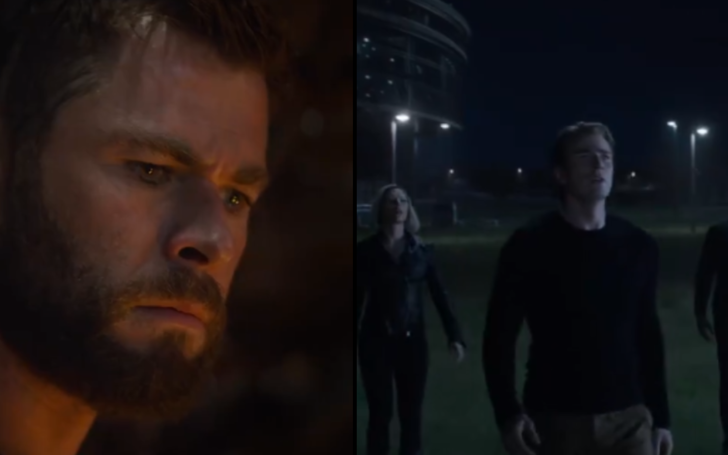 The second trailer (teaser) of Avengers: Endgame appeared rather soon than expected!!

With jaw-dropping conclusion and a godlike tragedy, Infinity War has left us in the extreme of the maelstrom. And we haven't been able to help ourselves but come with seemingly endless theories of how the next showdown between the death-worshipping titan and the Earth's mightiest saviors will be.

And considering the clichés of the marketing team, fans weren’t expecting the next glimpse from the movie until March. But Marvel will always be a step ahead in throwing their enthusiasts completely off the case when its especially about ‘what lies next up in their sleeves’.

Although only handful numbers of Easters may have put their money on Russo brothers actually teasing up the clip from endgame in last night’s Superbowl, the number of think tankers after that has been surging up with their respective hunches of how the 30-second will actually fit into the movie.

Watch the teaser trailer for the Avengers: Endgame

As for the trailer itself, here’s what it narrates. Basically, this second-time glance from the upcoming April's release is just a grief group-themed ad about refusing to move on and sees the survivors teaming up ready to find their missing friends.

It initially starts with Captain Rogers echoing “Some people move on but not us.” As Steve gives this sentiment, a group of Avengers can be seen walking in front of the bay windows in the upstate New York facility.

The trailer also shows Iron Man (previously one day away from running out of oxygen in space) and Nebula now repairing -- or perhaps upgrading -- armor, Black Widow practicing at the gun range, and even Hawkeye-the later again insinuating the rise of the ronin for the second time. Though not either of the two clips has shown if Clint makes it all the way to the team.

And before the film’s emblem finishes off all this, a final scene flashes in which appears to be showing all the heroes-last seen alive in Wakanda-gearing up for the mission redeem in the Avengers HQ.

Unsurprisingly, Rogers is leading the way with his shield in hand. Since Tony is no longer on Earth, there is no debate as to who is in charge of the team. So its pretty obvious the man out of time is their current front runner. Behind him is the god of thunder, Thor, the third member of the MCU's original trinity. Backing up the Asgardian king is Black Widow, which shouldn't be a surprise given she was the only lead-female avenger on earth after the decimation (well, at least in infinity war).

And if not for Thor, Romanoff would undoubtedly be the second in command. Working back there are two new recruits, Rocket Raccoon (the only living member of the Guardians of the Galaxy) and Scott Lang aka Ant-Man. Finally, bringing up the rear is Bruce Banner (the hulk) who still hasn't found a way to get into his beast semblance. And closing off the parade vaguely yet probably looks like Colonel Rhodes (the war machine).

To help make things even tangible, the folks over at MCU News & Tweets made a convenient image, brightening things up and marking each of the Avengers in the row. It's no surprise that Tony isn't part of this existing troop, especially if all of the footages from the trailers are just from the first 10-20 minutes of Endgame.

The seemingly final culmination and 22nd film in the MCU, Avengers: Endgame is set to release on April the 26th, 2019.