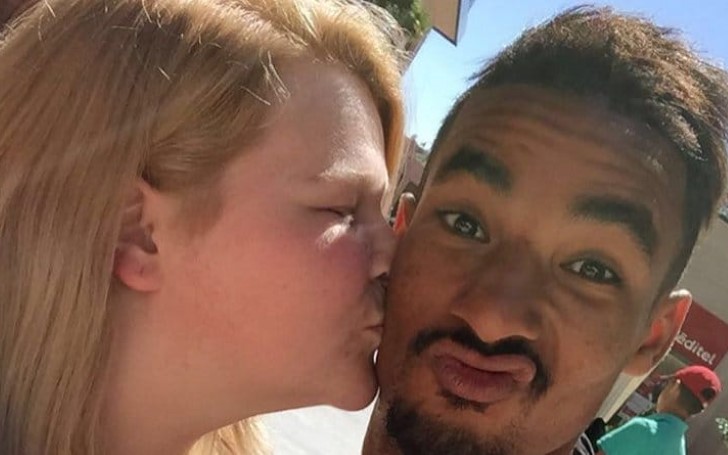 Reality star Nicole Nafziger flaunts her engagement ring hinting fans that she might be getting married to fiance Azan Tefou soon.

It appears that things are going well for the 90 Day Fiance couple; Nicole Nafziger and her long distanced fiance Azan Tefou.

Following the cancellation of their wedding last year, situations looked quite unfavorable for Nicole and Azan, as the latest trailer of the TLC's reality show also displayed the couple arguing over adultery possibly committed by Azan.

Meanwhile, by observing the recent picture of Nafziger on Instagram, it's certain that the pair is still going strong despite apparent disputes.

In one of the recent posts shared by the young mother of one, Nicole can be seen flaunting her beautiful flowery designed diamond engagement ring. 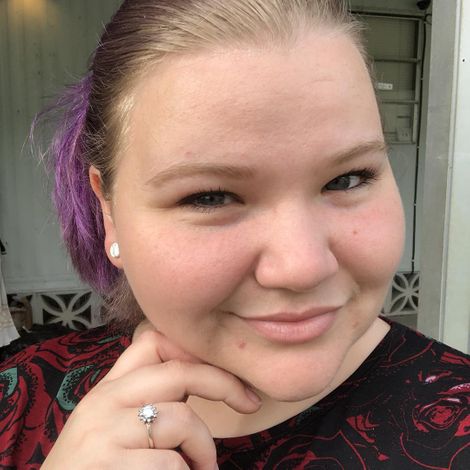 The reality star brings her hand over to her chin to show off her highly noticeable ring and purple bleached hair as she smiles to pose for the makeup-free selfie.

Shortly after sharing the beautiful cheeky selfie, the reality star shared another selfie again, where she looks all smiley. Feeling all herself, Nicole writes in the caption: "Be unique. Be weird. Be different. Be crazy. Be brave. Be kind. Be who you want to be. Just be YOU!" 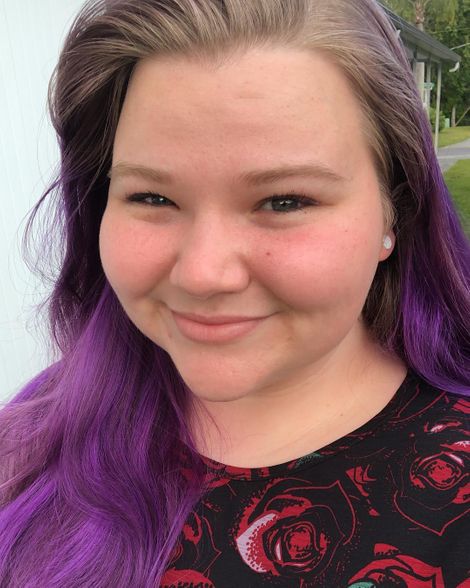 Hundreds of fans and viewers of the show made sure to leave some compliments in the comment section as one said: "Looking so fabulous and happy!!," whilst another added: "Beautiful I love it. You look so beautiful"

Things turned sour for Nicole last year when she returned from Morocco after the plan of their marriage backfired. Her father later explained the timing wasn't in their favor at the time. She then flew back to her home country empty-handed after her visa expired.

Azan currently lives in his home country Morocco, whilst Nicole resides in America with her daughter. Azan is yet to come back to the States since his K-1 visa was rejected.

You may also like: Stassi Schroeder Accused of Emotional Abuse Against Beau Clark

The couple's modern life romance started after they met on an online dating site. The couple first appeared on the show for season four, and then on Season 2 of 90 Day Fiance: Happily Ever After? despite not being married.

However, they're still one of the most longest-running pairs in the show as they have been engaged for a couple of years now.

In addition, Nicole called off their wedding not once but twice.

As for the new trailer that showcases the couple constantly arguing over infidelity, although it is not clearly mentioned. As a matter of fact, one of the scenes even shows the show's crew member making a private call to Azan whilst making Nicole walk away.

Since the long-distance relationship is usually hard, could there be a chance that Azan cheated on Nicole and vice versa?

To be fair, it can't be assumed since Nicole has been always faithful towards Azan. Especially to add when she sent Azan a lot of cash from her saving as an investment to a new shop he planned to open in Morocco.

Well, let's wait until 28th April to find out.