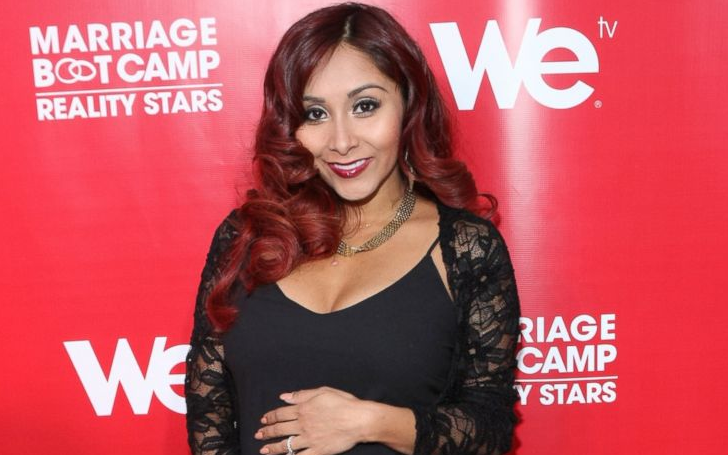 So, it was all about Angelina Pivarnick's tensed nuptials.

A few months earlier, when Nicole 'Snooki' Polizzi said she wanted to leave 'Jersey Shore,' it came as a massive shock for fans, leaving us with assumptions as to why she came with such a decision.

We ran a few speculations and thought her family and new baby could be the reason she decided to leave her beloved show altogether.

Moreover, we even thought it could be because her now-lifestyle doesn't go well with as Jersey Shore demands its people to do. To clear all the air, Nicole came up with some explanations as to why she left the show.

Apparently, all those speculations were wrong; one of the close sources of Nicole opened up with one of the media outlets, Hollywood Life, where they stated Angelina Pivarnick's tensed wedding was the last straw of Nicole's exit.

The source said, "Nicole felt the show was heading in a direction that she wasn't happy with, so she left the show. She did not like how everything played out after Angelina's wedding and feels she's being painted unfairly."

Back in December, when Polizzi said she was leaving the show, the reality star stated, "Lately, everything is so serious, It's not about a team anymore. Fans are against one another when it comes to a cast member; I don't want that. I'm not leaving my kids for days on end to film this show when that's the result of it. I don't like the turnout of it. I don't like the person I'm portrayed as. It's getting to be a little too much."

Well, it's pretty much clear now, and it makes sense why she came up with such a shocking decision. Nobody wants their image to be portrayed wrong, it's simple as that.

You May Also Like: Facts about Australian Actress Ashleigh Cummings