home Fashion Outrunning A White Walker; It's A Reality now as Adidas Releases A New Game Of Thrones Shoes Lineup

Outrunning A White Walker; It's A Reality now as Adidas Releases A New Game Of Thrones Shoes Lineup 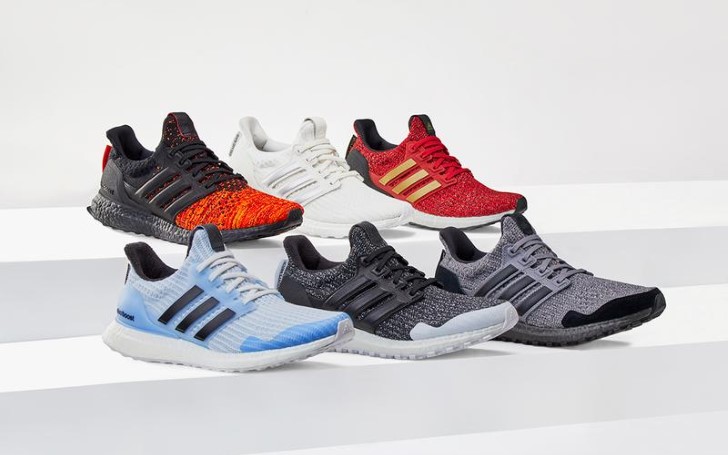 Adidas teams up with HBO's Game of Thrones while the series gears up for its final season.

Over the course of its run, Game of Thrones has acquired such a massive follower, that it is now regarded as the pinnacle of TV history. Given that, it was inevitable for the fans to have the by-products of its characters or modules. Thankfully, there's all that extravaganzas of GoT goodies available for even the most discerning ardors of the series or the book for that matters.

And now the show’s merchandising members have innovated a set of six sneakers embellished with some famous taglines of Game of Thrones. Amidst the growing anticipation for the final season of the epic fantasy show, HBO has teamed up with Adidas to release a limited-edition collection of six Ultra-boost cleats to rep the different houses and races from the beloved series. Each footgear exhibits subtle designs somewhat unique even for the Westeros standards, with some added-on freaky details. 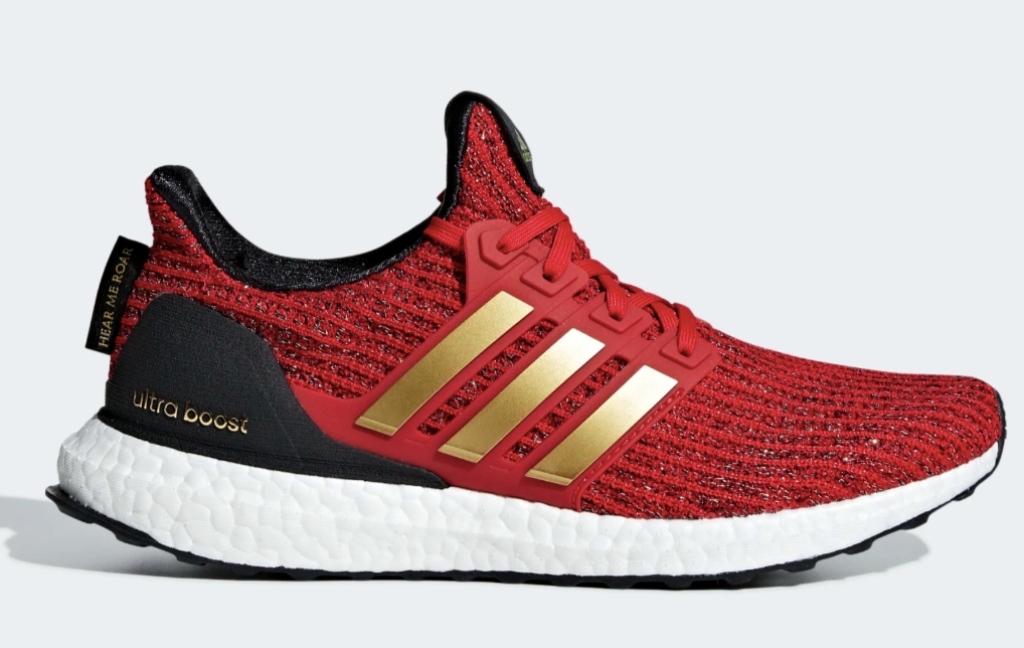 Adidas promotes the season 8 of Game of Thrones with releasing a set of six designing sneakers.
SOURCE: Adidas

The sneakers are labeled with a price tag worth $180, and each outline features the relevant house’s sigil on the tongue and the motto on the backstay. The two House Targaryen shoes (one representing the dragons, the other representing Daenerys and her lineage) have a dragon on the toecap and read "Fire and Blood" on the heel.

With a bit more keen insight, the House Lannister kicks have a lion on the throat, similarly reading "Hear Me Roar" on the heel. House Stark's shoes have a “dire wolf” on the toe-tip with the show’s prominent maxim "Winter Is Coming” being inscribed just below it.

The collection also has a pair for the series’ titular villains, the White Walkers. This slate has counter-phrase, "Winter Is Here" on the heel, whereas Night's Watch pair displays "Night gathers and now my watch begins" on the back of the tongue.

With regards to the new collaboration, Alberto Uncini Manganelli, General Manager Adidas Running, said, "Cooperations with franchises like Game of Thrones are part of our DNA. When brands and TV shows alike are able to go beyond their primary platform and emerge into popular culture, we see innovation."

Though none of the fashion gives away any possible plot leak from the series other than a spoofing notion; "either White Walkers hunting down the living—wearing this very cleats (something camouflaged with the CGI) or the livings wearing the same attire in order to break free of the Seven Kingdoms." Speaking of which, will the shoes be of any value for the King of the North, Jon Snow to help wipe out the Night King and his armies (Jokes Apart!!!!)

While the final season remains exclusive for the premiere date, April 14, the Game of Thrones Adidas collection is set to be released online and in select stores on March 22.