home Entertainment Who is Paige Spiranac Dating? Find Out If She Has a Boyfriend

Who is Paige Spiranac Dating? Find Out If She Has a Boyfriend 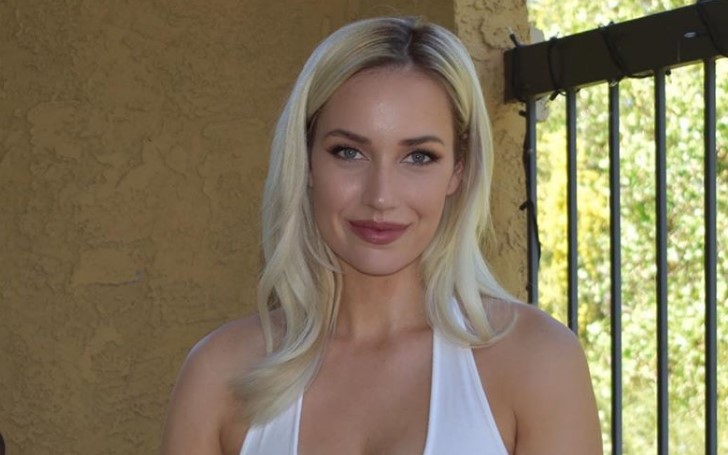 Find out who Paige Spiranac is dating and some interesting facts about Paige's boyfriend.

Paige played college golf then turned to professional golfing in 2015. She scored her first her first and only win at Scottsdale's Orange Tree Country Club. Since winning her game, she turned into being a social media personality, which proved to be rewarding for her. Spiranac now has more than 2.5 million followers on her Instagram.

Also See: Who is Inanna Sarkis Boyfriend in 2020? Find Out About Here Dating Life and Pregnancy

But she did use her social media platforms to plot her route to professional golfing. Paige did so by posting trick shot videos and photos of herself playing golf.

Since we know she is doing equally as a golfer and social media personality, let's find something more personal about herself; we mean let's find out if she is dating someone or still single in 2020.

Who is Paige Spiranac's Boyfriend, is She Dating Someone in 2020?

Well, Paige Spiranac is not only relationship, but already engaged. The pro golfer is fiancee of fitness trainer Steven "Steve" Tinoco. The couple got engaged in December 2016 during a trip to Dubai. The pair announced the news of their engagement through Instagram post.

Also Read: Who is Haley Pham's Boyfriend, Is She Engaged Now? Let's Find Out About Her Dating Life

On December 11, 2016, Steve took to his Instagram account and posted a video where the couple is seen together on their hotel room. Paige holds the camera as she reveals the news, saying, "So, I said Yes," shows off the ring, and they both laugh.

Something You Should Know About Paige Spiranac's Beau Steven "Steve" Tinoco

Steven "Steve" Tinoco is a former minor league baseball player, who was born on April 11, 1988 in Coto de Caza, California. The 32-year-old graduated from Tesoro High School in Criminal Justice in 2009. The former MLB player was selected in the 34th round by Tampa Bay Rays of the 2010 MLB Draft.

The former player played for the Hudson Valley (NY and Pennsylvania League) in Class A. Despite doing pretty decent on his career as MLB player, he retired. Following which he chose a career of "Fitness Trainer." Steve is doing pretty well in his new career path, and was fortunate enough to have met Paige because of it.

You May Also Like: Jevon King Baby "The Trinidadian Model Welcomes Baby With Diplo" Here's Everything You Should Know