Parineeti Chopra Announced About her Marriage With Charit Desai 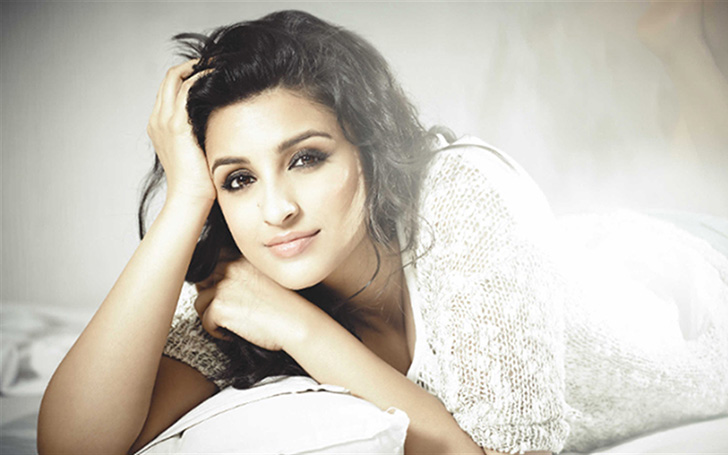 Bollywood actress Parineeti Chopra Announced shuts down rumor on the announcement of her marriage with Charit Desai.

Actress Parineeti Chopra was recently reported to get married to boyfriend Charit Desai shortly after her cousin Priyanka Chopra walked down the aisle with American musician Nick Jonas. It hasn't even much since Parineeti celebrated her sister's lavish wedding earlier this December, and various sources have revealed that the actress is set to get married already.

The 30 years old actor who rose to fame after appearing in the hit Bollywood film Ishaqzaade with her co-actor Arjun Kapoor is said to be next in Bollywood to plan her wedding with boyfriend Charit. 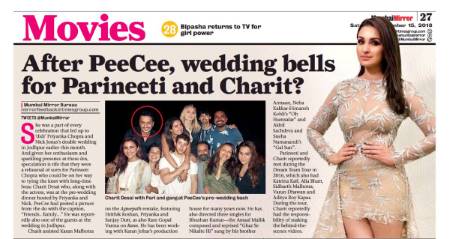 And following the speculated rumors that kept surfacing on the internet, Parineeti didn't prefer to stay silent on it.

In an article written by the Mumbai Bureau, it was addressed that the star was set to get married to Charit after the recent wedding of Priyanka. And both Parineeti and Charit excitedly attended the big wedding of PC and Nick.

Parineeti seemed so annoyed with the article that she took it to her Twitter account clarifying the whole rumors.

With an upset comment, she tweeted along with the article expressing:

"ABSOLUTELY BASELESS AND UNTRUE!! I will happily announce whenever I am getting married!"

The actress didn't even hesitate to directly address the source that wrote about the article. With evidence of the star's tweet, it is now crystal clear that Parineeti is not interested in tying the knot anytime soon. 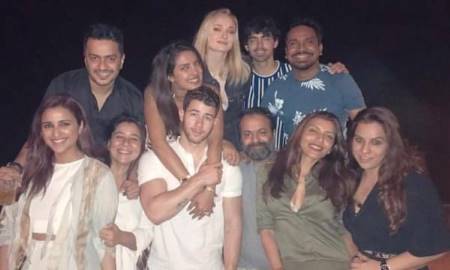 Parineeti and Charit posed together with Nick and Priyanka

Seems like our Bollywood superstar currently wants to focus on her career and achieve more in the acting field.

However, Parineeti and Charit started dating somewhat before the end of last year and has been speculated to be together for more than a year. The couple stated to meet each other during the Dream Team Tour approximately before two years, where he was filming the behind-the-scenes video.

Charit is professionally a film director and has worked as an assistant director in movies like Agneepath.

Likewise, Parineeti is currently working on filming her new movie called Jabariya Jodi with Siddhartha Malhotra, with whom she already worked in Hasee Toh Phasee.