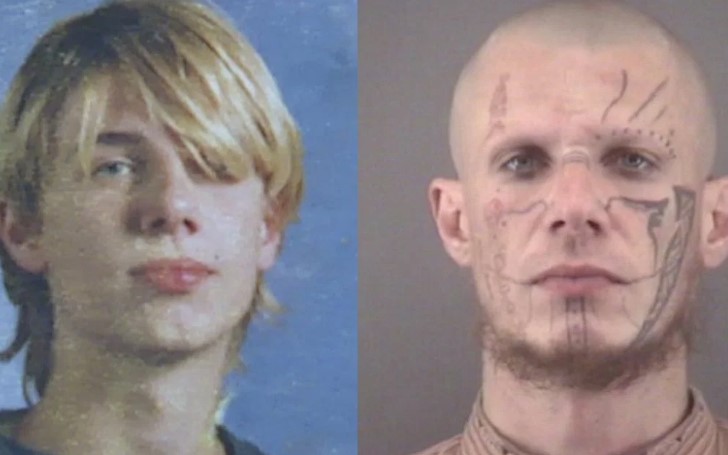 Pazuzu Algarad (born August 12, 1978), a name itself is enough to give you goosebumps, is a self-proclaimed Satanist. The alleged was charged of many deadly sins, which include burying bodies in his former Clemmon home's backyard.

Pazuzu, whose real name was John Alexander Lawson, has a bone-chilling story of how he transformed himself into a devil worshipper. Grab your popcorns as this is going to on hell of a wiki for you.

5. John Lawson aka Pazuzu was Raised by his Mother, Cynthia

According to five-part series dedicated to the satan worshipper by Fox 8 News, John Lawson, aka Pazuzu Algarad, was raised by his mother, Cynthia.

Cynthia and her son, Lawson, were primarily from California, but she, along with her son, moved to Forsyth County, where Cynthia spent most of her childhood. After some time in Forsyth, Cynthia fell for a man, Larry James, and decided to tie the knots.

After her marriage, Cynthia and Lawson moved John's step-father's house in Clemmons. And that's the point where John started to change.

Almost after two decades of his parent's divorce, John Lawson opted for a devilish path, the alleged dropped out of West Forsyth School, and legally changed his name to Pazuzu Illah Alagarad.

According to myths, Pazuzu is the name of the king of demons in ancient Mesopotamia. Moreover, under his new identity, Pazuzu claimed to be of Iraqi descent with a Satanist mother.

Also Read: Who is Michelle Le Fleur? How Well Do You Know Her?

As reported on Fox8, Algarad had filed his teeth to sharp points, his tongue was split in the middle, and he had tattoos of demonic symbols all over his body.

People and friends of Pazuzu believe his interest in satanism grew when he started using drugs. The devil worshipper could be labeled as a hallucinating person as he used to claim he could control the weather at his will.

At a later stage, the Satanic philosophy started to bore Pazuzu as he rejected all the philosophy and indulged himself in more brutal satanic rituals and black magic.

3. Pazuzu Algarad had a Mental Illness

According to a interview by a psychiatrist back in 2010 to check whether he will be able to stand a trial, it was found Pazuzu Algarad had a severe drinking problem.

Moreover, the devil worshipper himself admitted he never bathed, nor brushed his teeth in years. It was also noted Pazuzu's whole body was volatile as he had poor hygiene.

Recommended: Is Gregg Sulkin still together with his girlfriend or dating someone new?

2. Pazuzu Algarad was Arrested for Many Charges

As we all know, Pazuzu Algarad was mentally unstable, and hardcore devil worshipper, the reports of him being arrested should not be surprising for you; however, it's scary.

Pazuzu devilish form started to take a toll on him from 2008. In the same year, Satan worshipper was convicted of Larceny. Again in 2011, he was sentenced for assault for putting his mother in a chokehold.

Pazuzu was not alone on his misdemeanor though, his girlfriend, Amber Burch, was also accused of assault on Pazuzu's mother. Moreover, Algarad was convicted for numerous other crimes like shooting a person named Emmrick Chandler to death in his hometown Clemmons. Later in 2012, he was convicted of accessory.

Pazuzu and his proclaimed wife, Amber Burch, was arrested and charged with murders. The victims were later identified as two men, Joshua Fredrick Wetzler, and Tommy Dean Welch.

1. Pazuzu Algarad's Crimes were Scrutinized in 'The Devil You Know'

A year after the arrest of Pazuzu Algarad and Amber Burch on October 5, 2015, the devil worshipper was found unresponsive in his cell with a wound in his arm.

People trying to revive him failed, and Pazuzu was pronounced dead on 28 October 2015. According to the authorities, the felon died of severe blood loss caused by a deep wound on a major vessel in his left arm and said it was a suicide.

The felon died without giving closure to his victims' families as they were awaiting answers to why he killed them. To answer them, Viceland created a docuseries - 'The Devil You Know.' The series, which will be featured on Netflix as well tries to get to the bottom of Pazuzu Algarad's story.