Peaky Blinders star Karl Sheils Dies at the age of 47 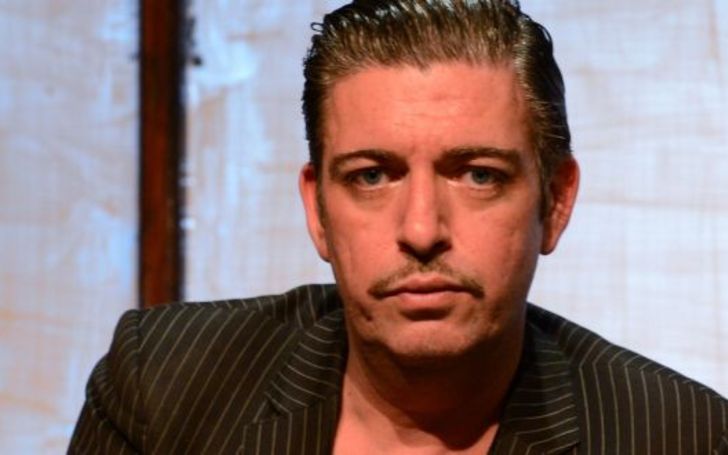 'Peaky Blinders' star Karl Shiels "took his last breathe in his sleep" aged 47 after "repeatedly falling asleep during the shooting," claim the reports.

Condolences have been flooding for the "remarkable" Irish actor since his passing was made to the public yesterday.

Insiders said Ryan died in his sleep after nodding off on the Irish soap Fair City amidst the filming.

The actor had also been allegedly seen on crutches and "in severe pain" shortly before his demise.

But one of the sources who also happened to be the friend of the actor told MailOnline: "No one offered to help him or ask what was wrong. They just talked about him behind his back."

The Dublin-born actor featured as Ryan in the first series of BBC Two series, Peaky Blinders in 2013.

During his eminent career, he assumed the credits on internationally-celebrated television shows and films including Batman Begins, Veronica Guerin, Intermission, The Clinic, and Capital Letters for which he was designated for an IFTA for Best Actor in 2004.

Shiels also took on minor roles in some big as well as small-screen projects.

Karl appeared as Arkham Thug #3 in Batman Begins and as Packington's assassin in the 2009 series of The Tudor.

Shiels initially started out his career as an electrician but shifted the direction in the early 90s and enrolled himself at the Gaiety School of Acting. He went on to become a regular on Fair City in 2014 and turned himself out as one of the noted characters.

It, though, is still unclear how the actor died.

You May Also Like: The New Face Of Wonderlust Perfume Gigi Hadid Looks Like A Mermaid On Land

Comedian and fellow cast member from Fair City, Eric Lalor who played 'Cathal Spillane,' said he was absolutely stunned and heartbroken to hear of the untimely perishing of Karl Shiels. He explained Shiels as a hugely gifted actor and a really great friend who he will miss dearly; thinking of his gorgeous family.

Director of Copper Face Jacks: The Musical said that Karl will be "sorely missed," and added the news was shocking to hear.

Karl agent Lisa Richard confirmed his death yesterday. While announcing the sad news she said Shiels was a uniquely talented individual, as well as an intense, lighthearted, funny, sharp-witted, outspoken and intensely powerful actor, director and artistic director of the Theatre Upstairs - where he was such an aid and inspiration for young writers, actors and directors - and of his own enterprise Semper Fi before that.

Lisa adds Shiels was a remarkable figure in Irish theatre and hugely adored and revered by all who collaborated with him. She stressed of their plight and said her thoughts are always with Karl’s partner Laura and his family, his children and their mother Dearbhla and his many close friends among whom they count themselves lucky to have been for all these years.