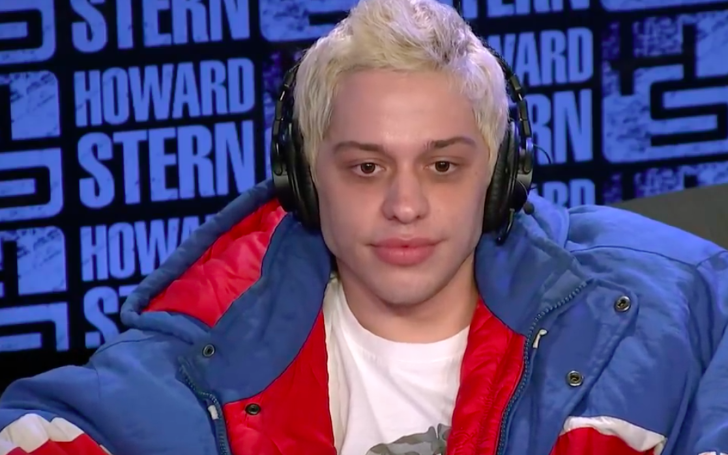 Pete Davidson and several other celebrities are changing our attitude towards mental health.

Likewise, several people, including Olympian Michael Phelps, have openly spoken about how text therapy specifically helped “save” their lives.

Be it on social media or through private therapy apps, these celebrities are consistently raising awareness about mental health stigmas and the need for accessible help.

In this technological era, your phone holds endless possibilities. Amongst them is a Text therapy which is becoming a popular way to communicate with therapists to make therapy more accessible to those in need.

One of the examples of talk therapy is Talkspace, one of the leading brands in online talk therapy which uses celebrities to promote its platform.

Its current spokesman, Michael Phelps, Olympic champion, also a victim of depression was open about his need for therapy, telling CNN’s David Axelrod that in his darkest days, “I straight wanted to die.”

Text therapy is a therapeutic conversation in which face to face conversations are replaced in the form of text with professionals.

Also See: PETE DAVIDSON KICKED OUT A HECKLER FROM HIS AUDIENCE AT A COMEDY Show

Dr. Victor Schwartz of the JED Foundation, a nonprofit dedicated to mental health for young adults, defines it as “a therapeutic conversation,” or a type of therapy “that takes place on the platform of texting instead of speaking face to face.”

As a result, they created “Friends With Secrets,” a website which offers the curious a peek into the world of text therapy.

Earlier this year I participated in text therapy sessions with my pals @akilahh & @robynkanner from Jan-May 2018. We documented the sessions and releasing 5 of them online, one each day this week. The good, bad and heartbreaking. Today is the first session and you can read them at friendswithsecrets.com! ❤️ Therapy is a privilege, but text therapy, with all its faults, is a much cheaper way to talk to someone if you need it. I hope that our stories can help others– and inspire others to seek therapy who may be considering it. 🙏 friendswithsecrets.com (link in bio!)

According to Timothy Goodman, their first and foremost motive behind the website was to make the therapy accessible to everyone in need.

“We wanted to let people know that therapy is accessible. Text therapy is much cheaper than real-life therapy, of course, which is a huge reason why a lot of people don’t go to therapists. We were all going through these things, so it was like, ‘What would happen if we documented this and let people into our world, and let people consider therapy in their lives?’”

Dr.Schwartz points out the reason behind the effectiveness of the therapy. As young people are often more comfortable communicating through text and social media, it is much easier to reach out to them through text.

Although text therapy enhances accessibility to care, it's ability to replace face-to-face therapy in all cases is however debatable.

Text therapy is most commonly used for “cognitive behavioral therapy and crisis therapy,” which includes different types of suicide hotlines.

Several celebrities are raising awareness about mental health which includes the comedian Pete Davidson and hip-hop star Kanye West, who used Twitter and Instagram to discuss their mental health struggles.

“There are times I’ve seen something like Pete Davidson go through a thing, and I’ve been like, ‘Man, that was a rough thing to see on Instagram, but that was real,” Kanner observed.

“When celebrities open up about mental health, it actually motivates a lot of people to say, ‘You know, what can I do to help?’ And I think that’s critically important. What we do at Crisis Text Line is we train volunteers to be crisis counselors, and so when people are really galvanized to do something, to support mental health and the advancement of the mental health agenda, we offer them the opportunity.”

If you or someone you know needs help, call 1-800-273-8255 for the National Suicide Prevention Lifeline. You can also text HOME to 741-741 for free, 24-hour support from the Crisis Text Line. Outside of the U.S., please visit the International Association for Suicide Prevention for a database of resources.