home Entertainment Who is Phil Foden Girlfriend in 2020? Find Out About His Relationship 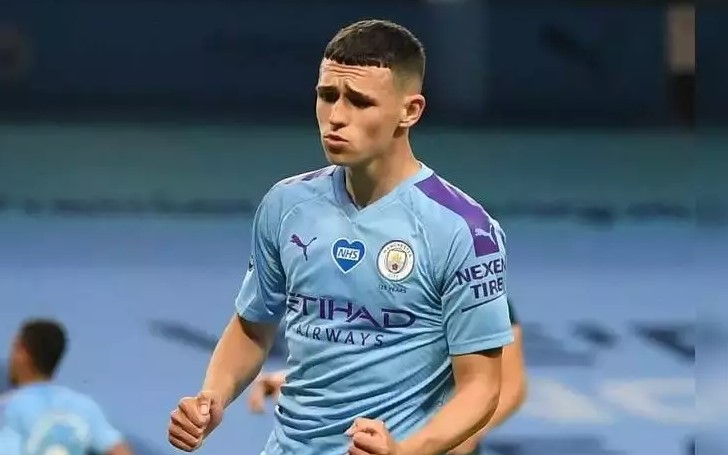 Here's what you should know about Phil Foden's girlfriend and relationship in 2020.

Phil Foden (born Philip Walter Foden) is an English professional soccer player who is currently playing as a midfielder for Manchester City of Premier League and the England national team.

Following his debut in the team, Phil was named BBC Young Sports Personality of the Year. So far, Foden has made more than 60 appearances for the club and has won eight honors, including becoming the youngest recipient of a Premier League winners' medal.

We suppose you all know how successful Phil is in what he does, but how well do you know about Foden's personal life? Do you know whom he is dating in 2020? Let's find out.

Phil Foden's Girlfriend in 2020, Whom He is Dating?

According to the reports, Phil Foden is, in fact, dating someone. The soccer player is in a relationship with his longtime girlfriend, Rebecca Cooke. However, it's not clear for how long the couple is together for.

Also Read: Sierra Furtado Boyfriend - Find Out If the Tik Tok Star is Dating Someone Or Still Single

Reports suggest, the couple is together since being teenagers and what's interesting is, Foden and Cooke are already parents to their son, Ronnie Foden. Rebecca gave birth to their first child when she was 18 years old.

Something About Phil and His Girlfriend Rebecca Cooke

The couple is enjoying their days of parenthood for two years. While we tried to know more about Phil Foden's girlfriend, Rebecca, we found out that she turned 20 this years.

But despite being a partner of one of the brightest soccer player, Cooke tries to keep herself out of spotlight and all her social profile are set to private, which just tells she is a private person.