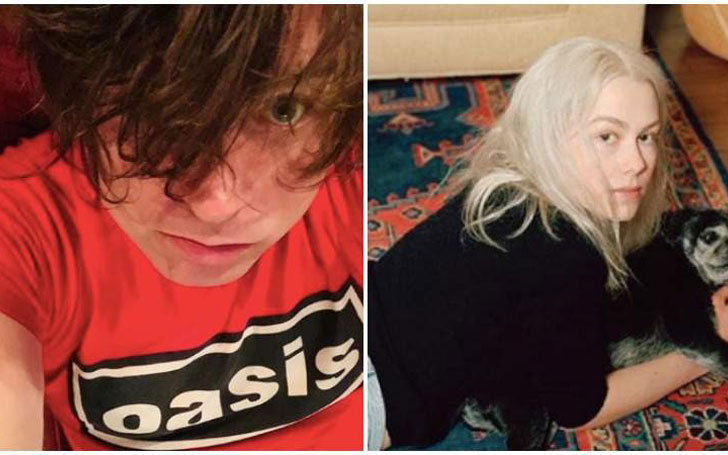 Phoebe Bridgers opened up her second moan in regards to abuse made by her former boyfriend, Ryan Adams.

Last week on Feb. 13, The New York Times published interviews taken with several women, including A Walk To Remember actress, Mandy Moore, and California born singer Phoebe Bridgers, who accused music producer and artist Ryan Adams of psychological and sexual abuse — especially related to the manipulation of their musical careers. Despite multiple allegations, Adams' lawyer, Andrew B. Brettler, is continuously denying all the claims of Times.

Ever since the news published, there has been an outflow of support for these women on social media.

Phoebe Bridgers opens up about being a victim of sexual misconduct done by Ryan Adams
Source: The Economic Times

But it was only after three days later, on Feb 6, when the main sufferer of Adam’s oppression, Phoebe, herself shared the thoughts on the entire situation.

"It's been a weird week and I wanted to say a couple of things.Thank you from my whole f*cking heart to my friends, my bands, my mom. They all supported and validated me. They told me that what had happened was f*cked up and wrong and that I was right to feel weird about it. I couldn't have done this without them."

After thanking her support, Bridgers provided that Adams' alleged behavior was enabled by his own friends. The 24-year-old singer also inspired her followers in becoming active eyewitnesses should they ever see such harmful and disgraceful behaviors from their friends.

"Ryan had a network too. Friends, bands, people he worked with. None of them held him accountable. They told him, by what they said or what they didn't, that what he was doing was okay. They validated him. He couldn't have done this without them. Guys, if your friend is acting f*cked up, call them out. If they're actually your friend, they'll listen. That's the way this all gets better."

It’s been a weird week and I wanted to say a couple things. Thank you from my whole fucking heart to my friends, my bands, my mom. They all supported and validated me. They told me that what had happened was fucked up and wrong, and that I was right to feel weird about it. I couldn’t have done this without them. Ryan had a network too. Friends, bands, people he worked with. None of them held him accountable. They told him, by what they said or by what they didn’t, that what he was doing was okay. They validated him. He couldn’t have done this without them. Guys, if your friend is acting fucked up, call them out. If they’re actually your friend, they’ll listen. That’s the way this all gets better.

According to the Times report, Bridgers began working with Adams in 2014. As per the reports, Adams used to invite her to the studio to share a few of her songs. He then eventually asked Bridgers to record music with him and also open for him on tour.

Bridgers reported that her relationship with Adam quickly turned romantic, and then "obsessive and emotionally abusive."

Times added—Adam began sending Bridgers text messages that demanded: “she prove her location when they weren't together”. She also claimed that he would ask her to leave social situations for instead participating in phone sex, and allegedly, would also threaten suicide if she didn't accord or reply immediately.

Bridgers told the Times she ultimately ended things between them. Consequently, this also became the reason behind the cancellation of her plans of releasing music with Adams and to go on tour as it was ended by the concert’s producer, themselves.

However, as per the bully, Adams has been blatantly contesting Bridgers' description of their relationship via a statement from his lawyer to the Times. The Ashes & Fire singer characterized his time with Bridgers as rather "a brief, consensual fling."'

Following the Times report, Adams displayed a series of tweets apologizing anyone he may have "unintentionally" hurt.

"I am not a perfect man and I have made many mistakes. To anyone I have ever hurt, however unintentionally, I apologize deeply and unreservedly."

As someone who has always tried to spread joy through my music and my life, hearing that some people believe I caused them pain saddens me greatly. I am resolved to work to be the best man I can be. And I wish everyone compassion, understanding and healing.

Bridgers' post also follows one from Mandy Moore, who was previously married to Adams for six years. Last morning, Moore had posted on Instagram to share her support of the women involved. "Speaking your truth can be painful and triggering but it’s always worth it," the actress wrote."My heart is with all women who have suffered any sort of trauma or abuse. You are seen and heard. #sisterhoodforever."

Also Read: Ariana Grande Shows Off Her Cleavage and Flat Stomach in a Post of Her Instagram

Adams' lawyer then told the Times that Moore's interpretation of her relationship with her ex-husband as "completely inconsistent with [Adams'] view of the relationship,". The attorney also denied the assertion—Adams ever tried to stop Moore from pursuing her musical career.

As from one victim to another, Moore supported Bridgers by sharing the musician's tweet on her own page, and writing, "Facts. Thank you, @phoebe_bridgers." The actress also added a "love you" captioned all by emojis and "you" at the conclusion.