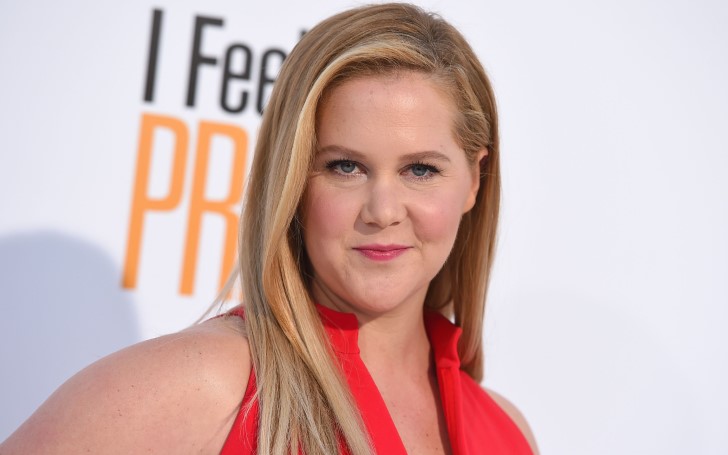 The 37 years old Actress and Comedian Amy Schumer and her husband Chris Fischer announced the pregnancy news on October. The couple only tied the knot in February.

Amy herself posted the video of her vomiting in the public bathroom to her 7.5 million followers on Instagram. In the shared unpleasant video, Amy talks about her interest to show towards her fans where she said:

"Hi, I thought it might be fun to see me throwing up in a public bathroom"

Deep in my second trimester and all i can say is nope! Yesterday i did a show 90 minutes later #soblessed #godsmiracle #lepainbathroom 🦄

Amy later sets her phone down so that it's easier for her viewers to witness her throwing up, although not much about the puke is visible in the video.

You May Like: Comedian Nimesh Patel Kicked Off Stage For Inappropriate Jokes

The mom to be actress captioned the video with:

"Deep in my second trimester and all I can say is nope! Yesterday I did a show 90 minutes later"

Thanks to Newark and Pittsburgh, I’m so happy to be feeling better and I will be able to continue my tour... However doctors orders not to travel cross country yet so I’m sorry that Seattle, Phoenix and Oakland will need to be postponed. I promise to go see you guys and make up the date real soon... The rest of the tour will go on as planned! Happy Thanksgiving!🦃

Too bad for Amy, looks like pregnancy is not going great so far for the actress. Amy was even hospitalized in November due to hyperemesis. But she later enclosed that she and her baby were fine.

Do Read: Dani Dyer and Jack Fincham Have Split Up After Four Months of Relationship

Furthermore, her fans posted many positive things on the comment section. One under the username of mrsbsibanda wrote:

But whatsoever, it is totally so brave of Amy who is also currently working on to schedule with her comedy tour dates, despite dealing with pregnancy complications.