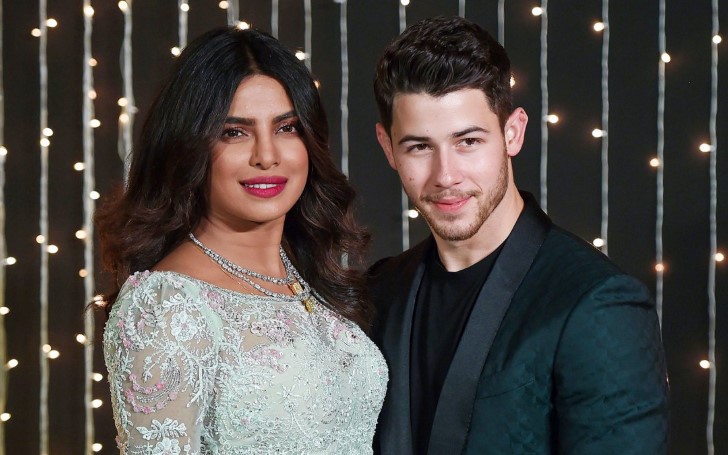 Priyanka Chopra is enjoying amazing moments with her husband Nick Jonas along with his brother Joe and Sophie Turner in London.

After completing their wedding ceremony, Priyanka Chopra and Nick Jonas are spending quality time with the Jonas family. Not to mention, Joe Jonas and his beautiful fiance Sophie Turner, the Game of Thrones star also joined them.

The new year came early for the newlyweds who united with the Jonas family in London for lunches and dinners and picnics. The couple was joined by Nick’s parents Paul Kevin Jonas and Denise Jonas, along with Sophia's parents. 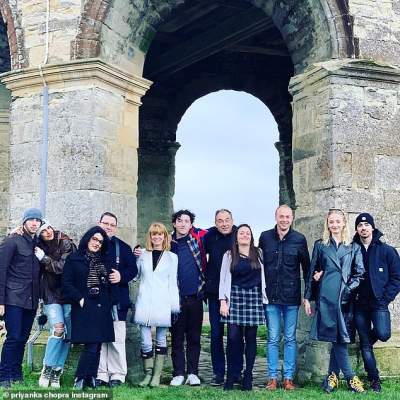 The whole family is currently on their New Year vacation amid snow-capped mountains and picturesque scenes. And the photos from their big family holiday can make anyone plan one for themselves.

Priyanka posted a picture of herself and her husband which tells they are having an amazing time. Dressed up in a white fur jacket and a furry winter cap, the actress can be seen hooked in a light moment as Nick teases her during a drink.

She captioned the picture, “Happiness in the mountains.”

Happiness in the mountains ⛰ ❤️💕

Nick also shared a few pictures of his group with the caption, “The mountains, my love, family, and friends."

The mountains, my love, family and friends.

Sophie too shared a picture with her partner Joe along with the caption: “With my love in the mountains.”

With my love in the mountains 🏔

On Friday night Nick and Priyanka were spotted heading to Sketch restaurant in London. Priyanka displayed her impressive figure to perfection as she wore a skintight khaki number wrapped up in a black jacket. She walked along in a pair of towering snakeskin print heels.

Nick, who was recently crowned GQ'S Most Stylish Man of 2018, lived up to his fashionable reputation in a grey turtleneck, which he paired with a marl grey blazer. 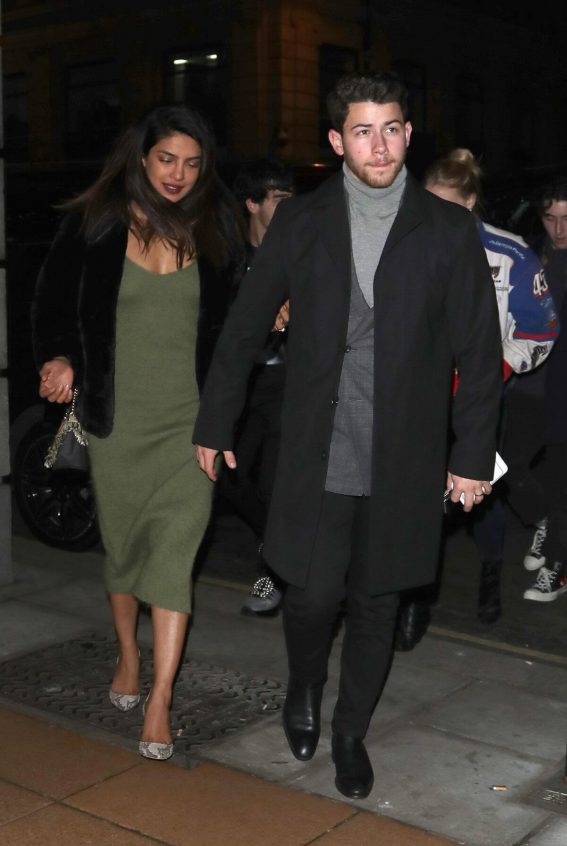 Nick was joined by his brothers Frankie and Joe and his partner Sophie who all dressed stunningly for the dinner. After their family vacation in Switzerland, they intend to throw a party for their Hollywood mates in January.

You may also like: Priyanka Chopra Dazzled In Stunning Outfit As She and Nick Jonas Celebrated Their Third Reception

No doubt that Priyanka Chopra and Nick Jonas are having great memories with their Families and friends.