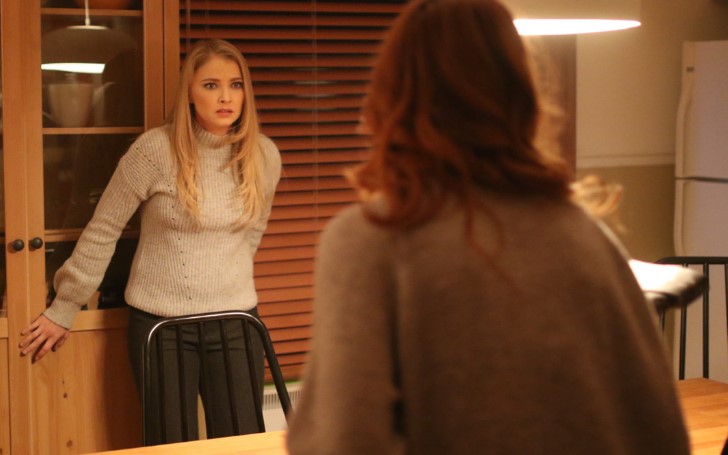 Everything you need to know about "Psycho Ex-Girlfriend," aka "Twisted," a 2018 movie.

Not to be confused with the 2015 series "Crazy Ex-Girlfriend," "Psycho Ex-Girlfriend" is a dark, mysterious, suspenseful movie that came out in 2018. The movie has an alternate name, "Twisted," which seemed more meaningful to us.

Anyways, the movie is about a couple, Kara and Tyler, who are planning on getting married, and here's why the word "twisted" makes sense. The movie introduces Tyler's ex-girlfriend, who returns from rehab.

After getting back from Rehab, the first thing she wants to do is claim back everything she once owned, starting from Tyler himself.

Kara, the protagonist of the movie, is the rock of her boyfriend, Tyler. She helped him get back on his feet following turbulence in his life. And now it's Kara's mission to save Tyler from slipping into Isabelle's life.

Synopsis of Psycho Ex-Girlfriend, AKA "TWISTED"

Kara and Tyler are having the best time of their life in their relationship, just when the couple decides to get married, Isabelle, Tyler's ex-girlfriend comes back from rehab.

Slowly, Isabelle begins to inject herself into Tyler's life, and Kara fears he may fall back into his bad habits again. Slowly, but eventually, Kara's life starts to crumble as she starts getting violent threats, and suspects it's from Isabelle.

"What starts off as one woman's desire to hold on to her fiancé and the life they've built together, turns into a twisted game of cat and mouse, as Kara tries to survive the jealous wrath of the "evil" ex-girlfriend. "

The Cast of "Psycho Ex-Girlfriend"

The 2018 movie, "Psycho Ex-Girlfriend" was directed by Philippe Gagnon and written by Barbara Kymlicka under the Incendo banner. Elisabeth Harnois stars as 'Kara Spencer,' a protagonist on her mission to save her fiance. Tyler is portrayed by Morgan Kelly.

Where to Watch Psycho Ex-Girlfriend and Reviews

You can watch "Psycho Ex-Girlfriend" on "Xfinity Stream." Xfinity is a wireless service by Comcast Cable Communications.

According to IMDb, the received a low rating of 4.9, while one of the users said, "Well, I enjoyed it for a tv movie. So, relax, enjoy the ride, and don ' t think too much. It was good entertainment."

For more information on TV shows and movies, stay tuned to Glamour Fame, and don't forget to sign up for the newsletter.