home Entertainment Who is Randy Couture's Girlfriend? Find Out About His Dating Life

Who is Randy Couture's Girlfriend? Find Out About His Dating Life 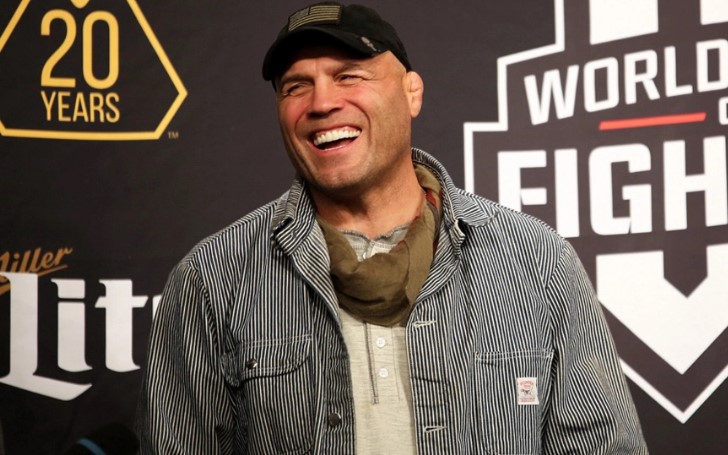 Here's what you should know about Randy Couture's girlfriend and their relationship.

As you can see, Couture was really successful in his UFC career, but he is doing equally well in his acting career. The former MMA fighter made his acting debut from his cameo appearance on 'The Unit' as a military guard.

Following his cameo appearance, he worked on several shows like 'Human Weapon,' 'The Scorpion King 2: Rise of a Warrior,' 'The Expendables' and many more.

Randy's acting career seems pretty top-notch too, but what about his personal life? Is Randy Couture married or dating someone in 2020? Let's Find Out.

Does Randy Couture Have a Wife or Girlfriend?

According to "Who's Dated Who," Randy Couture was previously married to his former wife, Kim Couture. The relationship, which was started in 2009, lasted only for a year.

Following his split with his former wife, Randy stayed single for a while, but in 2014, Randy was seen with someone new. When the ALS Ice Bucket challenge was all the hype, the former UFC fighter was seen with his girlfriend, Mindy Robinson.

It's been already six years the first time couple started dating, and they are still together. Mindy is also a actress who has appeared in several films and TV shows.

ALSO READ: Things You Should Know About The Belarusian Opposition Figure Maria Kolesnikova

According to her IMDb page, Mindy worked in projects like 'Kings of the Nerds,' "It's Always Sunny in Philadelphia,' 'Hell Hunters,' and "Cee Lo Green's The Good Life."

Randy Couture and His Girlfriend, Mindy Robinson, Were Injured in ATV Accident

According to TMZ, Randy and his girlfriend, Mindy, were injured in an ATV accident in Arizona. The accident happened on Monday and the reports suggest the former UFC fighter will undergo surgery.

Couture banged up hard while he was driving around on a private road on his ranch in Flagstaff, Arizona with Robinson on a passenger seat.

Randy Couture and his girlfriend, Mindy Robinson, were injured in an ATV accident.
Photo Source: Agency/GF

Mindy, luckily, managed to escape unscathed, with some minor injuries, but the former MMA fighter needed medical assistance and was taken to a nearby hospital was treated for a shoulder and rib injury.

TMZ reported he will undergo surgery Tuesday afternoon, but is expected to make a full recovery.

YOU MAY ALSO LIKE: Who is Phil Foden Girlfriend in 2020? Find Out About His Relationship

Is Ronan Farrow Engaged to His Partner Jon Lovett? Let's Find Out

Becky Lynch Reveals She is Expecting, Who is WWE Superstar's Husband? Find Out About Her Married Life

HipHop Pioneer Andre Harrell's Is Dead at the Age of 59, Find Out About His Wife Wendy Credle

Does Jesse Metcalfe Have a Wife or Girlfriend? Find Out About Actor's Relationship in 2020

Who is Nikita Dragun Ex-boyfriend? Find Out What Happened Between the Former Couple