Rhino Horns Are 'Poisoned' To Keep Them Safe From Poaching 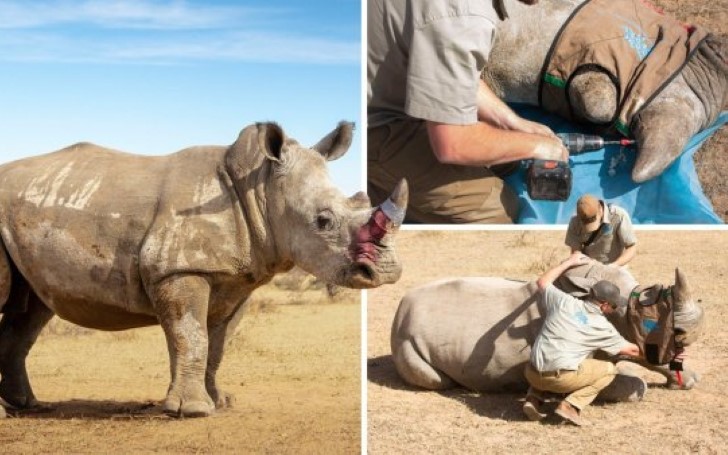 Rhinos are carrying poisoned horns, so poachers won't kill them.

Poachers are susceptible to suffer severe nausea, vomiting, and convulsions if they happen to smell a horn from one of these rhinos.

With the rising threats towards animals with poachers wanting to kill them, conservationists are taking drastic steps to tackle the issue by poisoning their horns.

Such horns make more than £40,000 on the black market per horn and are usually sold across Asia for Traditional Chinese Medicine. 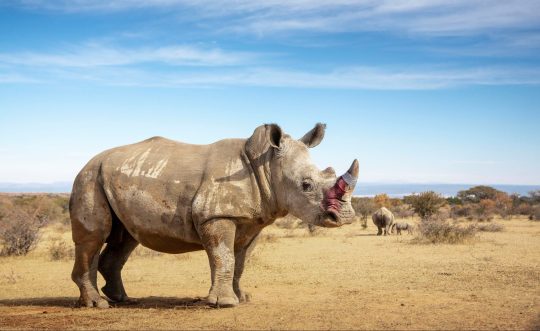 Using animal-friendly toxins (ectoparasiticides) and indelible dye in the ‘poisoning’ process, the Rhino Rescue Project has come to the animal's rescue. Depending on the amount consumed, it can cause humans to suffer severe nausea, vomiting, and convulsions to varying degrees.

Also See: Are "Poop Transplants" A Magic Bullet? The Key To Living Longer Could Be In… Poop!

Thankfully, the process is perfectly safe and involves no harm to the rhinos as there are no negative effects recorded so far towards the animal nor their offsprings. 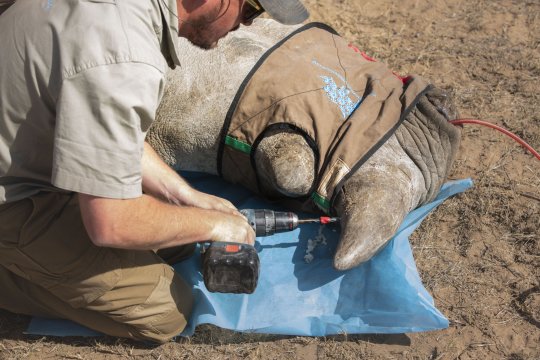 The process takes somewhere between 3 and 5 years to complete.
SOURCE: Metro UK

"The treatment lasts between three to five years, a full horn growth cycle, thereafter it needs to be re-administered. This costs £400 [R8000] for the entire operation, including ground crew and materials. My photographs show the process of the horn treatment by Rhino Rescue Project and The Ant Collection, from location and darting through to rhino, Mokolo's recovery."

These procedures began as early as 2011 and clearly, they've worked. Since then, only 2% of rhinos have perished through the result of poaching and natural causes. 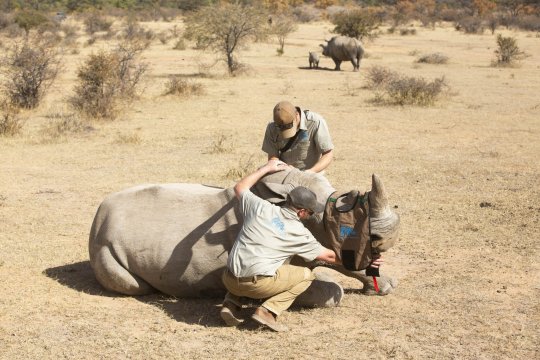 Mr. Cunniffe added, "My favorite capture is the drone image of the people involved in Mokolo’s treatment process. I wanted the shadows of the humans to be the main feature: the faceless guardians of a vulnerable rhino. We are the only ones who can save this species from extinction."

The photographer continued, "This is a hugely successful proactive anti-poaching effort, and I believe that all rhinos should undergo this treatment process."