home Entertainment Who was Ronni Hawk Dating Before the Arrest? Know About Her Relationship and Boyfriend

Who was Ronni Hawk Dating Before the Arrest? Know About Her Relationship and Boyfriend 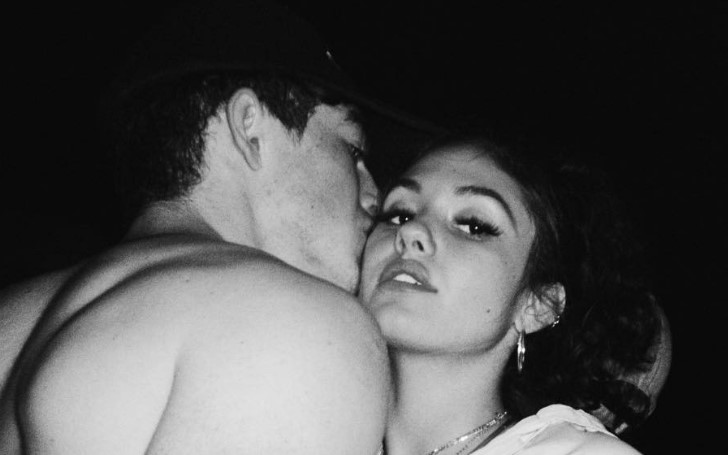 Here's what you should know about Ronni Hawk's boyfriend and her recent arrest.

The actress started her career appearing in different commercials from the age of 12, followed by modeling in Florida until her coach suggested Hawk to try her hands in acting.

Later Ronni and her family moved to Los Angeles and finally started appearing on various short films, which helped bag the role of Rachel Diaz on 'Stuck in the Middle.' Since then, the actress has managed to win the hearts of her fans until August 3.

Also See: Did Mike 'The Situation' Sorrentino Cheat His Wife?

The actress was arrested for domestic violence booking on Friday morning in Los Angeles for roughing up her boyfriend. Here's what you should know.

Who was Ronni Hawk's Boyfriend?

Ronni Hawk with her boyfriend, Miles Fallon, whom she allegedly roughed up and end up in jail.
Photo Source: Ronni Hawk's IG

The couple is expected to be dating since 2017, but many people assumed she was in flings with many other, that still remains the mystery what happened back then.

Also Read: Who is Jonathan Isaac Dating in 2020? Find Out About Girlfriend

But in a recent turn of events, the Disney channel actress was arrested for roughing up her boyfriend on Friday, July 31, 2020; TMZ reported, Ronni, 20, was arrested on one felony count.

On Monday, August 3, Ronni Hawk was arrested from her house in Los Angeles after allegedly roughing up her boyfriend, Miles Fallon. The actress's bail is set at $100,000 after police were called.

While Ronni is yet to speak publicly about the incident, a few sources told the police officers arrived at the place, a man on the scene had visible injuries, including scratches, after a verbal argument between Hawk and her boyfriend turned violent.

The visible scars on Miles Fallon helped police officers on the scene to determine Ronni Hawk should be taken into custody. At the same time, even Miles Fallon hasn't spoken about the incident publicly.

You May Also Like: Who is Stacy Ervin Jr.'s New Girlfriend? Find Out About His New Girl

For more information about your favorite celebrities' lifestyle, stay tuned to Glamour Fame, and don't forget to sign up for the newsletter.