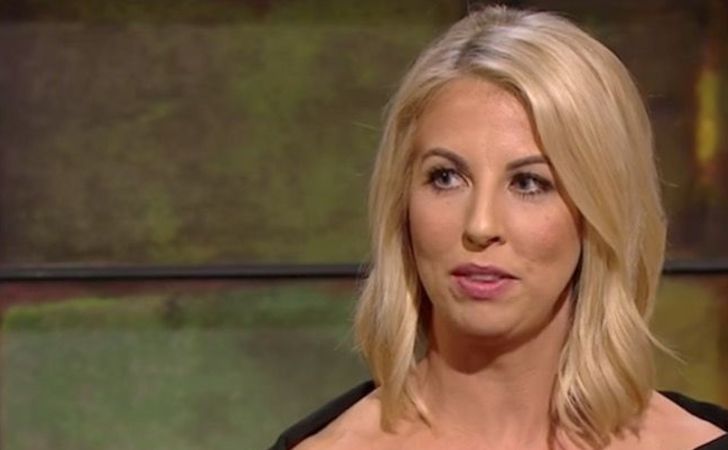 The mother of the new-born baby girl, Caitriona Perry, took to Instagram to post a simple picture confirming the arrival of her daughter.

The 39-year-old RTE newsreader, Caitriona Perry gave birth to her first child, which was revealed from the newsreader herself via Instagram.

One of the online magazine outlets, Extra.ie also revealed the news stating "newsreader gave birth earlier this morning, and both mother and her daughter are doing very well."

A few hours ago, the mother of the new-born baby girl, Perry, herself took to Instagram to post a simple picture confirming the arrival of her daughter.

Also See: Local Rapper Cassper Nyovest Angered His Fans After Claiming He Wishes He Was Nigerian

The 39-year-old newsreader wrote, "A new chapter begins! Thanks to all for the good wishes on the birth of my beautiful baby girl and thanks to the midwives, doctors, and nurses for the excellent care. Thanks too to the thoughtful @rtenews viewers who have been asking about me and the #newarrival."

Many congratulated the newsreader, among which, Miriam O' Callaghan was first to congratulate Perry on her first child.

Miriam wrote on her social handle, "Congrats to you both – a precious little girl. Enjoy."

Perry and her husband Richard, who married just last year, revealed the name for new bundle-of-joy, which is "Molly."

Previously, it was reported Perry did not want to make it news, as she values her privacy more than anything, however, Caitriona could not hide the joy of being a mom and shared it herself on her Instagram.

We, from the Glamourfame team, would like to welcome the new baby girl and extend our warm wishes to the family.