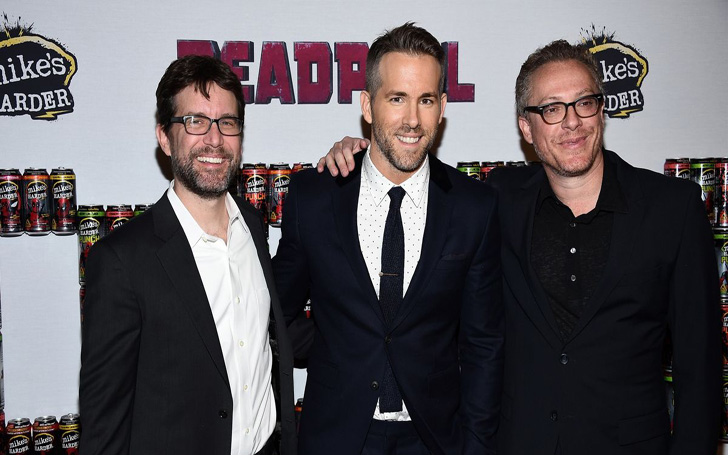 The creative team behind the Deadpool series give update on the future of the character.

'Deadpool' went through a lot when it was with Fox; the character was butchered 'X-Men Origins: Wolverine' and the movie helped in the demise of the character. Still, Ryan Reynolds persisted and spoke of how much he loved the role, he went and played 'Green Lantern,' and the box office performance of the movie made it even harder for a Deadpool movie to be made.

Then there was the infamous leak of the clip with Deadpool dropping inside a car on the freeway and killing people, which was received extremely well in the fan circle. There were fans calling on Fox to make the movie, and the studio relented with Paul Wernick and Rhett Reese writing the film with Ryan playing the “Merc with a Mouth.”

Watch: The "Maximum Effort" clip which resulted in the movie getting made

Deadpool was a massive hit and the movie made over $700 million at the box office which resulted in the studio greenlighting a sequel and then the second one managed to gross slightly more than the first on and the third movie was a guarantee but then Disney swooped in, opened their mouth and swallowed the entire 20th Century Fox.

The movie wing of Fox came under the wing of Disney, and all of the Marvel characters returned to the MCU. But then the problem arose about the portrayal of Deadpool. Disney is notorious for not letting the movie under its banner to get more than a PG-13 rating, and Deadpool is an R-rated movie and character.

Watch: The trailer for the first Deadpool movie from 20th Century Fox

The first two movies in the Deadpool series were something Disney would’ve never allowed to happen, and this resulted in fans calling for a Deadpool movie but the reputation of Disney coming in the way. Kevin Feige talked about being true to the character and making sure the character is integrated well into the Marvel banner, but there is still no movement on a third movie.

Recently Ryan Reynolds posted a funny picture and tweet teasing a meeting with the people in Marvel, but the reason for the meeting was not revealed, and the creative team behind the two Deadpool movies talked about the future of the series and the character.

Paul Wernick said, “We’re always in touch with Ryan. We’ve got several projects with him in addition to the Deadpool universe. I think the party line and truth is we’re all still figuring it out.” The writers of the two Deadpool movies are working with Ryan in other projects also, but they are also keeping the lines of communication open.

“Marvel has promised to continue to let us play in the R-rated Deadpool universe,” Paul elaborated. “And the hope is that they will also let us veer into the MCU a little bit as well and play in that sandbox. Our feeling and Ryan’s feeling is that it’s got to be the right idea; it’s got to be great… I think once we collectively agree what idea that great idea is, we’ll be off to the races.”

Deadpool’s got way too much heat and fan following surrounding for the studio to not take advantage of it, but it will be interesting to see how Marvel integrates an R-rated character into the whole universe, which is clean as a whistle.

Before you leave, make sure to check out our Movies & TV Shows section to get all the information you need about Deadpool and other Ryan Reynolds projects. Also, do not forget to visit Glamour Fame to be in the know about all the happenings in the world of show business.