home Entertainment Who is Sam Ehlinger Girlfriend? Find Out About His Relationship

Who is Sam Ehlinger Girlfriend? Find Out About His Relationship 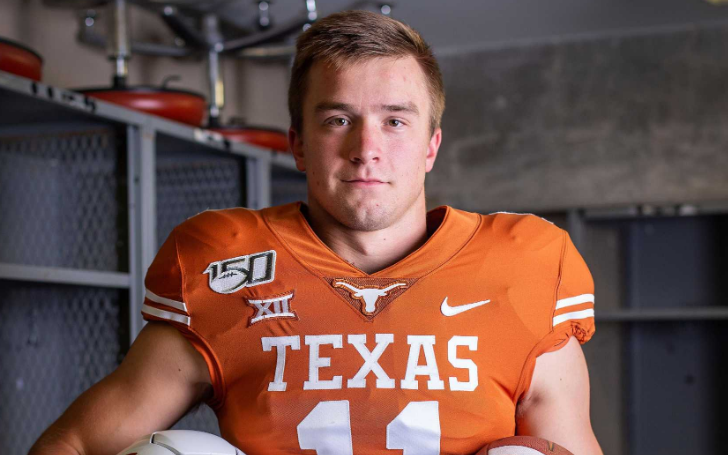 Here's what you should know about Sam Ehlinger's girlfriend in 2020.

While talking about his early years, Sam was coached by Todd Dodge when he was playing college football for Westlake High School in Austin, Texas. Ehlinger graduated as the school's all-time leader in passing yards and touchdowns.

Sam Ehlinger was named the MaxPreps National Junior of the Year after his junior season and was also rated by Rivals.com as a 4-star recruit.

Well, we suppose you already know about his excellent career, but how well do you know about Sam Ehlinger's personal life? Do you know whom he is dating in 2020? Let's find out.

Sam Ehlinger is, in fact, dating someone in 2020. According to some sources, Texas QB is in a relationship with his girlfriend, Molly Parken. It's still unclear when the two started dating but, some reports suggest they are in a relationship for at least three years.

The world found out about Sam Ehlinger's girlfriend when Molly Parken sent an encouraging message ahead of the 2019 season. Moreover, the couple often makes appearances on each other Instagram posts, and they look adorable together.

Not much is known about Molly Parken, but according to some sources, Molly is originally from Austin, Texas. When we checked her profiles, we found out that she works for Rank & Style.

Sam Ehlinger and Molly Parken are dating for quite a few years.
Photo Source: Instagram

Molly Parken works as a Marketing Associate in the company. According to her profile, she joined the company in January of 2020.