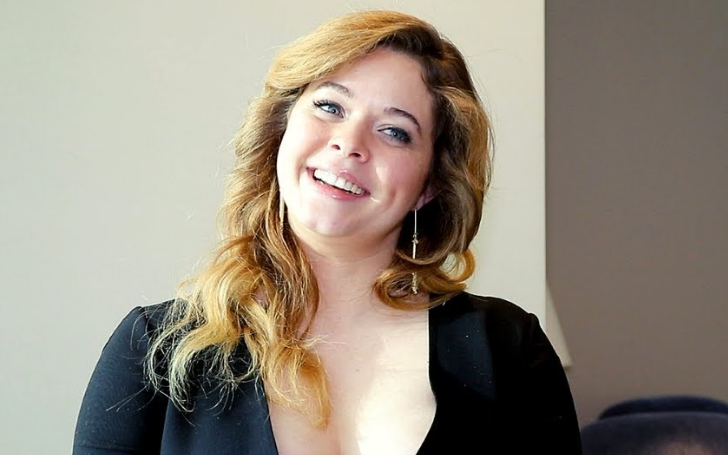 Sasha Pieterse is the cover girl for the August issue of the Social Life Magazine.

The Pretty Little Liars actress who started from the age of 12, Sasha Pieterse, was featured on the cover of Social Life Magazine for August issue.

The 23-year-old actress, who has great movies to her name, is seen wearing a white cardigan with matching dress on the main cover picture.

There were other pictures from the same photoshoot where Sasha stunned us by her gorgeous long-slit blue and white dress.

The PLL star, who is full of talents, thanked the magazine for giving her such an opportunity, and the actress also mentioned she had a great time with the team.

Social Life Magazine is a Hamptons based luxury publication, serving for more than a decade. The magazine covers the contents from the luxury lifestyle on local, national, and international levels.

The Hamptons-based magazine promises its contents on high-quality paper stock with seamless binding, SLM targets high net worth and high-income individuals who summer on the East End of Long Island.

No doubt, our girl Sasha is one of those upscale celebrities and got lucky to be featured on the cover of the magazine.

The Social Life Magazine posted the series of pictures of the actress and passed their gratitude to her for accepting the offer.

The SLM on of the post wrote, "@sashapieterse Stuns in our August issue! Pick it up in the Hamptons today!"

The Magazine's official Instagram account also gave us the glimpse of the cover picture; Social Life Magazine wrote, "@sashapieterse is our August cover girl! Pick up your issue today in the Hamptons!"

The fans are absolutely loving the cover picture, as one of the fans wrote, "Artistic cover!"

While another user wrote, "Seventh wonder of the world @sashapieterse congratulations😍❤ "

The picture which was uploaded on 10th of August has received an overwhelming response. And we could not be happier for Sasha, and she is definitely here for the win.

Congratulation Sasha, for your next great achievement.