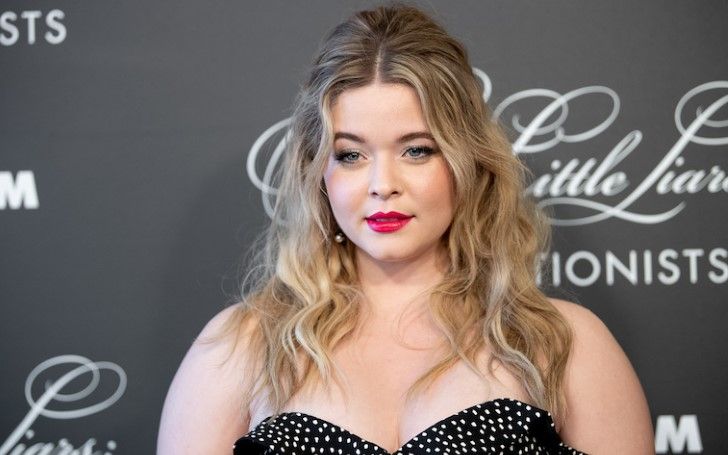 Sasha Pieterse, who is better known as Alison DiLaurentis from the highly popular show, Pretty Little Liars, is one of the TV's brightest stars.

This amazing artist has seen success as an entertainer throughout her life, despite her somewhat difficult upbringing, Pieterse appears to be handling the stardom quite well.

Sasha's remarkable performance comes from her parents, Pieterse' parents were a professional dance partner. As Sasha's parents used to travel a lot for their performance, the 23-year-old actress was homeschooled.

Well, there's more to know about Sasha, so let's find out some interesting facts about the highly talented, beautiful, and charismatic actress.

5. Sasha Pieterse is a successful model

Sasha Pieterse is not just a talented actress but is also a successful model as well; in fact, most of her teenage years were defined more by her modeling career.

The actress was featured on a nationwide billboard for Supercuts. Sasha has traveled throughout California, performing in the Macy's Passport fashion show.

South-African born American actress, Sasha Pieterse, was engaged in 2015 with Hudson Sheaffer; the couple then got married in the year 2018.

It seems the couple loves dogs, as the pair own two Great Danes named Lady and Levi, they both have their own Instagram as well.

Sasha Pieterse owns a lifestyle website, "Sasha in Good Taste," where the actress writes about entertainment and food, such a great combo, right?

Well, she talks the food blog to the next level, as we can she on her website, she likes to experiment with food. The actress is known to create and develop recipes and calls her blog, "my real girls guide to good food and good taste."

2. She is a musician

Of course, this girl can do anything! Sasha boasts a successful music career as well - the actress signed with Dan Franklin Music and established herself as a musician ever since.

The 23-year-old actress described her music as a combination of country and southern rock; one of the most popular singles of Sasha is 'RPM' which came out in 2013.

1. Sasha Pieterse was a child actress

It is clearly evident Sasha Pieterse started her acting career from a young age, the long list of credits Sasha boasts is just a reminder. Well, it might amaze you, but the actress started as young as six years old.

When she was only six, Pieterse was cast as Buffy in Family Affair; furthermore, the 23-year-old actress bagged roles in House and The Adventures of Sharkboy and Lavagirl in 3-D and several other movies.

You would not believe us if we say, Sasha was only twelve years of age when she started Pretty Little Liars.