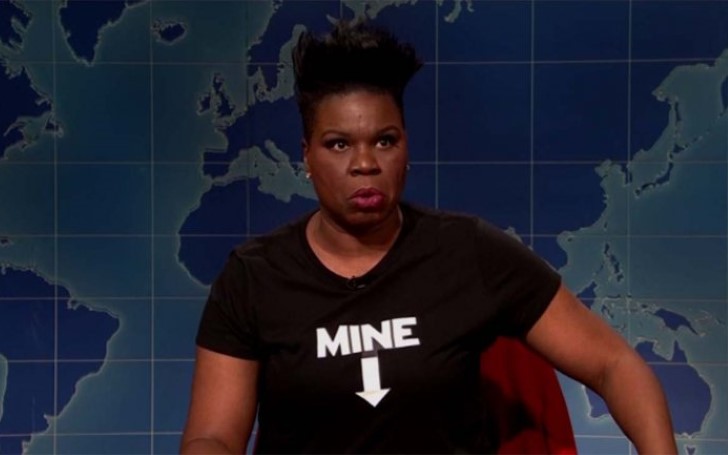 While Saturday Night Live is usually just a comedy show, sometimes it becomes a platform to discuss some serious topics.

She blasted a series of state anti-abortion bills and called them a "war on women" during a segment on Weekend Update. 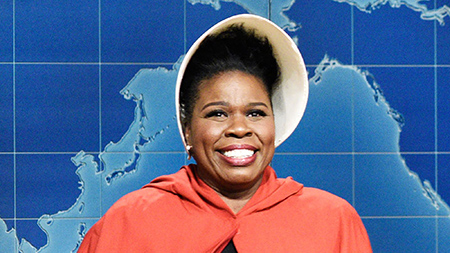 Wearing a red cape and white bonnet from The Handmaid's Tale, she said,

"We're all handmaidens now ... This is how it starts. I'm out living my life, then I see on the news a bunch of states are trying to ban abortion and then tell me what I can and can't do with my body. Next thing you know I'm at Starbucks, and they won't take my credit card because I'm a woman."

The Handmaid's Tale is a 1985 novel which was adapted into a show on Hulu. It depicts the dystopian culture where women lost their rights and been compelled to bear the kids of the men in charge by a hyper-religious government.

Enjoy the full video below: Leslie Jones and Colin Jost in the SNL Season 44 finale!

Jones thoroughly criticized the senators who voted anti-abortion law in Alabama last week that criminalized all the abortion cases including the victims of rape and incest.

"What made me so mad was seeing the 25 Alabama senators who voted for the Alabama abortion ban. This looks like a casting call for a Lipitor commercial. This looks like the mugshot of everyone arrested at a massage parlor."

Responding to the studio audience, she explained that women have their choice and their own freedom.

"The fact that nine states are doing this means that this really is a war on women. And if you're a woman out there and you feel scared or confused just know that you're not alone. There's so many women out there who have got your back, especially me. Leslie 'Dracarys that bitch' Jones."

While some Twitter users spoke against her opinion taking the side of anti-abortion law, a number of people cheered her for her words for women including Lisa Steinberg, Nathalie Emmanuel, Katie Karraker,‏ and Lori Magno.

‘This looks like the mugshots of everyone arrested at a massage parlor”. #snl’s Leslie Jones on these Alabama fuckwads. @Lesdoggg pic.twitter.com/w2IZMYz5Ab

Thank you @Lesdoggg, we got your back and every other woman in the worlds too. #SNL @nbcsnl pic.twitter.com/kbcBgOEp15

For sure, one should definitely listen to these voices on a woman's freedom.

Recommended: Wendy Williams Takes Aim At Both Kelly Ripa And The Bachelor Blasting Their Feud As "Stupid"

Will these voices against Alabama's restrictive anti-abortion bill be massive in the upcoming days? Will other women join Jones or her shout for woman right disappears in the dark? Let's want for it!