home Entertainment Who is Shane Beiber's Girlfriend in 2020? Find Out About His Relationship

Who is Shane Beiber's Girlfriend in 2020? Find Out About His Relationship 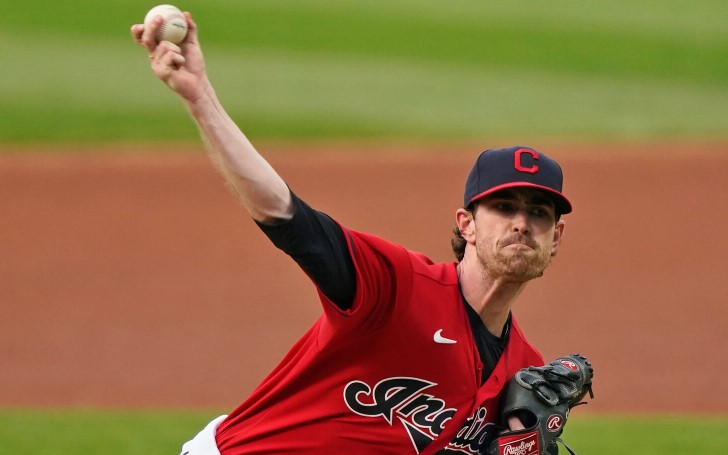 Here's what you should know about Shane Bieber's girlfriend in 2020.

Shane Bieber (Shane Robert Bieber) is an American professional baseball pitcher for the Cleveland Indians of Major League Baseball. The pitcher was drafted by the Indians in the fourth round of the 2016 MLB draft.

Shane made his Major League Baseball debut with Cleveland in 2018 and was named All-star in 2019.

While talking about his early life, Shane attended Laguna Hills High School in California. The pitcher's speed reached the mid-80s as a junior and Shane's command was strong.

Bieber started playing college baseball at the University of California as a walk-on and did not receive much attention from many other programs.

Following his graduation, Shane enrolled at Santa Barbara where the pitcher player for the UC Santa Barbara Gauchos baseball team as a walk-on.

Also Read: Who is Harry Jowsey's Girlfriend in 2020? Find Out About His Relationship

Shane started playing professionally in 2017, he signed and played his debut match with the Mahoning Valley Scrappers, where he spent the whole season.

We assume you already know about his excellent career as the pitcher for Cleveland, but do you know whom he is dating in 2020? Let's find out.

The Cleveland Pitcher is indeed dating someone in 2020. According to the reports, Shane Bieber is in a relationship with his girlfriend, Kara Maxine.

Shane Bieber is in a relationship with his long-term girlfriend, Kara Maxine.
Photo Source: Kara's Instagram

The couple started dating in 2017, Recently, Shane a picture of him and his girlfriend on his Instagram account during his third anniversary. On the caption, Bieber wrote, "3 years down and a lifetime to go."

Also See: Who is Thiago Santos' Girlfriend in 2020? Find Out Who Is He Dating

The couple is often seen traveling together; recently, Kara was seen taking a selfie with her beau in front of a scenic view in Hungary. In the caption, Kara wrote, "don’t know how we can top the memories we’ve made the last couple of weeks traveling around Europe together, but I can’t wait to try. you’re everything and more 💞 (Budapest —> Prague)"

Who is Kara Maxine?

According to the reports, Kara received her Bachelor's Degree from UC Santa Barbara in 2019, the same place she is originally from.

While there's not much information available about Maxine, but her Instagram profile suggests she is a huge dog lover. She often posts pictures of her dog, to whom she refers her "GF."

You May Also Like: Who is Thiago Silva's Wife? Details of His Married Life and Kids!