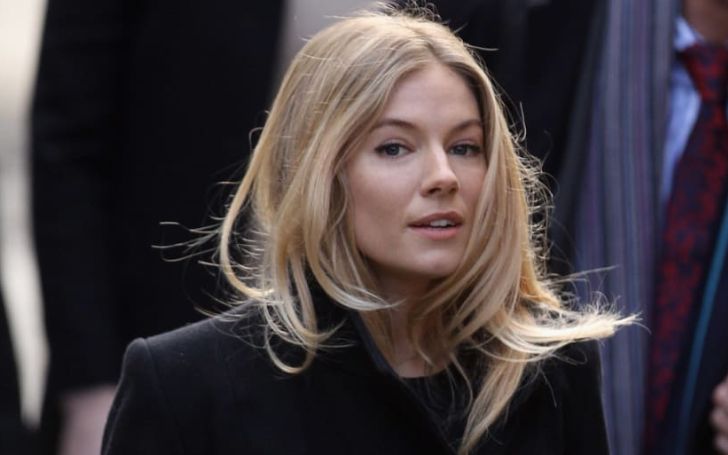 The 37-year-old actress recently landed her first leading role as Deb, a woman with a missing daughter, in the indie drama 'American Woman' and she adored the experience of being "in charge" of production and playing the leading character.

Miller said: "This is the first time I've been in every single scene of a film. I really liked it. I'd spent so much time trying to make the most of things that weren't quite there.”

The 37-year-old actress added there were actually few great movies with great directors, but she was always trying to do something interesting with nothing. She felt great to finally be in charge of something, to tell a story and map the entire thing. Miller said she doesn’t want to be someone's wife, and try to embellish some role that's really nothing.

Also Read: Is Rose Hanbury More Popular Than Meghan Markle In the UK?

However, after such a great experience working on 'Foxcatcher' - in which she portrayed Nancy, the wife of Mark Ruffalo's Olympic wrestler character Dave Schultz - she has no remorse about the role she took in that film.

'Foxcatcher improvised a lot of things for me, though. I had more responsibilities but not quite enough. But I was in an incredibly successful film. And I'd do that again,' Sienna told Vulture. The actress is making an exception for director Paul Thomas Anderson.

Recommended: Why Does Camila Cabello Feel Insecure About Her Upcoming Album?

She added ‘if Paul Thomas Anderson approached me and said, 'You have one scene and you're in the background sipping tea,' I'd be like, 'Yes.’

The British-American star thinks she's been "underestimated" throughout her career. She said she’d been threatened for much of her life, underestimated and if one is doing something that starts to tackle that they should stop allowing that underestimation, ‘that's a big personal thing.’

Sienna Miller's relationship with her Alfie co-star Jude Law was heavily relayed by the tabloid press. On Christmas Day 2004, they solidified their relationship by getting engaged. 8 months later, on 8 July 2005, Law issued a public apology to Miller for having an affair with the nanny of his children. After attempting and failing to mend their relationship, Miller and Law separated in November 2006.

In 2008, Miller again had a highly publicized affair with married actor Balthazar Getty. Miller later sued two British tabloids over the distribution of pictures of her and Getty together. In December 2009, it was reported that Law and Miller had reconsidered their relationship after starring in separate series on Broadway in late 2009.

You May Also Like: Jude Law Is Secretly Married

They vacated Christmas 2009 in Barbados, along with three of Law's children. They, however, announced they had split for good in February 2011. From 2011 to 2015, Miller went on to date actor Tom Sturridge, with whom she has a daughter, Marlowe Ottoline Layng Sturridge (b. 7 July 2012).