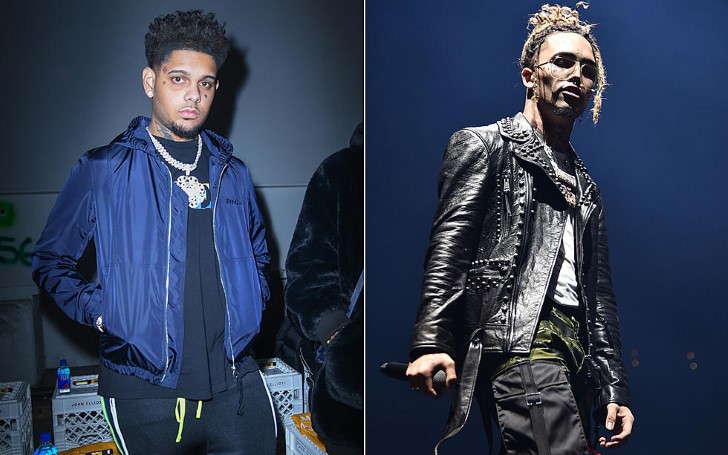 The best friend duo Smokepurpp and Lil Pump are seemingly feuding over who wrote and produced all of Lil Pump's early songs.

On Friday, Smokerpurpp took to Instagram live to claim credit for the lyrics and production of Lil Pump's early songs, including 2017 hit song Gucci Gang.

Shortly, after Lilpump fired back at his friend through his own Instagram story.

"Smokepurpp, stop playin' with me, man. I created Soundcloud!" Pump said on Instagram. "Purpp, stop f**king playing with me, bro. I'm the first person to introduce you to fucking Ronny J, DJ Carnage, and Travis Scott. Stop playing with me [...] That's my flow, that's my song!"

Though the apparent bad blood between the once best friend might look nasty. However, some of the fans suspect the feud is just a publicity stunt for Pump's newly released sophomore album, Harverd Dropout.

Smokepurpp, Pump and Gucci Mane are set to perform as the rap trio Gucci Gang at the upcoming 2019 Coachella Music and Arts Festival in April.