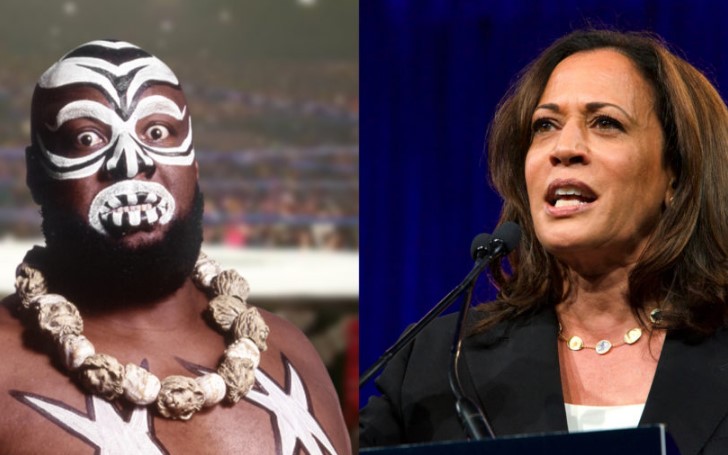 Social media users were left confused when they saw the trend RIP Kamala.

We recently covered a story about the passing of WWE's legendary wrestler, James 'Kamala' Harris. The pro-wrestler passed away at the age of 70.

The cause of death is still not known, however, according to the reports the pro wrestler had several health issues. Kamala had his legs amputated due to complications from diabetes.

As soon as the news was confirmed by WWE, it created a stir on the internet, the netizens flocked to the social media, but some thought it was Senator Kamala Harris.

Also See: Some Facts to Know About Bashira Tripp, A Woman Who Runs Over a Cheating Boyfriend

Following the confusion, several social media users took to their account and paid their tribute to the wrestler and also mentioned how confused they were left when the name 'Kamala' popped up on their screen.

One of the Twitter users wrote, "RIP Kamala; is NOT for Kamala Harris, but for a wrestler. Twitter REALLY needs a 'they’re not dead' portion at the top so we don’t have near heart attacks when the trend is for someone else or other reasons."

The next user wrote, "Chile RIP to this man but y’all scared me for a minute I thought Kamala Harris had died. 😭 RIP Kamala."

Another user wrote, "sooo James “Kamala” Harris was a wrestler & Kamala Harris is the former AG of CA...learn something new every time I open this bird app [Twitter]."

Well, as you can see the name pretty much managed to confuse everyone on the social media platforms. But some tweets were really insensitive, which was not needed for sure.

You May Also Like: Simon Cowell Shares Some Important Insights Following His BIke Crash