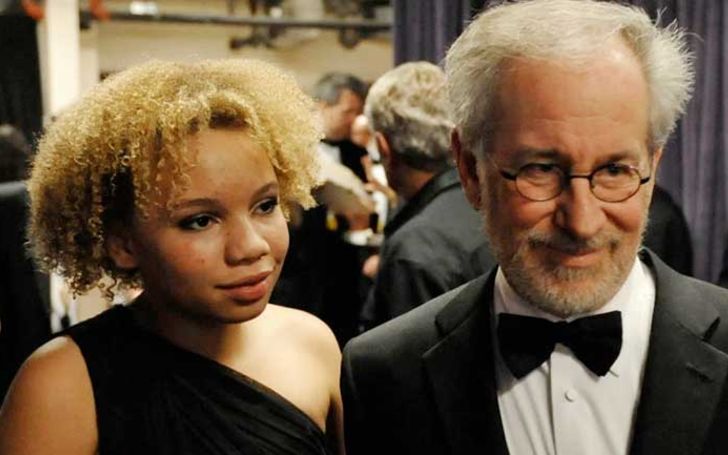 If you are updated with the star, then you might well know the fact that Steven Spielberg's stepdaughter Mikaela George Spielberg was arrested on Sunday morning at around 6:30 a.m. in Nashville, Tenn.

Mikaela's arrest news comes shortly after the 23 years old shared her decision to indulge in the adult industry and insisted Spielberg's family was intrigued and supported her for the decision. But now, after the news of her arrest. She evidently did not leave any positive impressions.

The news was shared by Mikaela's fiance Chuck Pankow talking to Fox News on Saturday. "It is true," Pankow told the news outlet in a statement, adding that the incident was "a misunderstanding."

However, the 47 years old fiance left the room for speculations without sharing what happened but confirmed to us that she's ok and will be shortly released.

Mikaela, with her supportive boyfriend, Chuck - who also encourage her decision to be part of the sugar industry.
SOURCE: The Sun

Nevertheless, the Davidson County Sheriff's Officer confirmed that Mikala was arrested for a domestic assault, a misdemeanor domestic violence/assault with bodily industry. She was taken to the Hill Detention Centre with a fine of $1000.

The E.T. director's daughter was placed under the hold of 12 hours for domestic violence despite the fact that her bond was posted hours ago. Not much precise information about her is available on the internet. Stay tuned with us to find updates on the case.

We hope you enjoyed the article, for more Entertainment updates, stay connected with Glamour Fame.