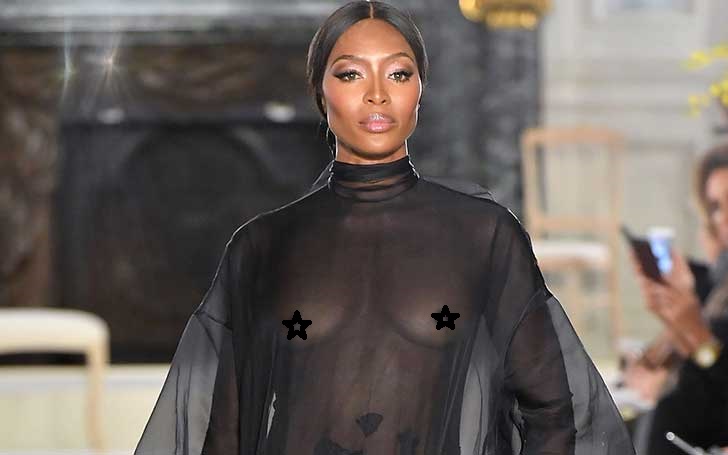 The one and only supermodel Naomi Campbell is back on the runway to show how the modeling is done.

The unbelievably 48 years old model slays the runway when she made a surprise appearance at the Valentino Fashion Show on 23rd January.

She appeared at the show during the Paris Fashion Week, in front of the VIP guests including actress Kristin Scott Thomas and singer Celine Dion. 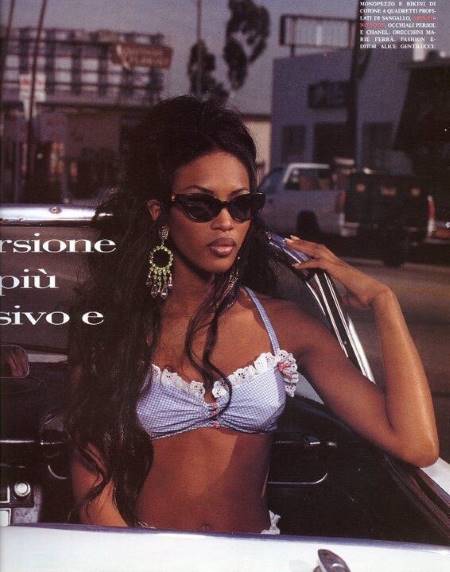 The British model walked the Italian label show in a show-stopping nipple flashing sheer black gown, for the first time in fourteen years since her last show in 2005.

You may also like: Actress Heather Locklear Spotted Together With her Boyfriend Chris Heisser After Getting Out Of Rehab

She unexpectedly walked the show and closed down the Valentino Fashion Show with her charm. On the ramp, she went braless flashing her nipples by wearing an NSFW black transparent gown dress designed by the Valentino's creative director Pierpaolo Piccioli.

Closing @maisonvalentino‘s Spring 2019 couture show 🖤🖤🖤 Congratulations on a historical moment, done in such an elegant manner no words needed to be said.. blessed to be part of such an incredible, spellbinding moment. Thank you ✨✨ @pppiccioli ♥️♥️🥰🥰

To her iconic comeback on the show, everyone on the internet made talks appreciating her bold catwalk.

Cambell posted the photo from the show on her Instagram, and needless to say, everyone in the comment sections including her Hollywood friends seemed to be fangirling and worshipping her.

"Perfection in a person… don’t give me those eyes."

But Liam's not the one who started all this as a few days ago, Naomi commented on Payne selfie as she wrote: "beautiful soul".

And things quickly got hot when Liam back to back replied, saying:

"Takes one to know one."

Moving towards the show, the model described her Valentino night as a spellbinding moment.

"Congratulations on a historical moment, done in such an elegant manner no words needed to be said.. blessed to be part of such an incredible"

The black gown dress Campbell chose to wore features ruffled layers of the skirt with the top sleeves being totally sheer making one witness her bare chest.

After the show ended, overwhelmed by the surrounding responses, Campbell got emotional and shed tears of happiness.