home Movies & TV Shows Supernatural: 10 Storylines That Are Yet To Be Resolved

Supernatural: 10 Storylines That Are Yet To Be Resolved 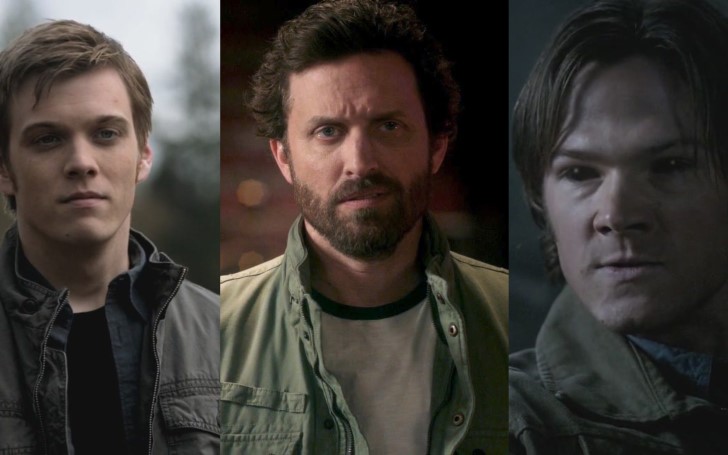 CW’s Supernatural is a whole different level of paranormal. From classic monster to the apocalypse and an epic battle between good and evil, the show sure boasts some exciting, frightening, and endlessly enjoyable stories. But given its fourteen years of run, the series was bound to have its share of boring storylines.

Supernatural holds a quite a fan base; thanks to its courtesy, the writers of the show have simply been careless about some of its storylines. With the shocking announcement that Supernatural will come to an end after its fifteenth season, here are some specific arcs that the show seems to have forgotten.

SAM AND DEAN APATHY TOWARDS ADAM 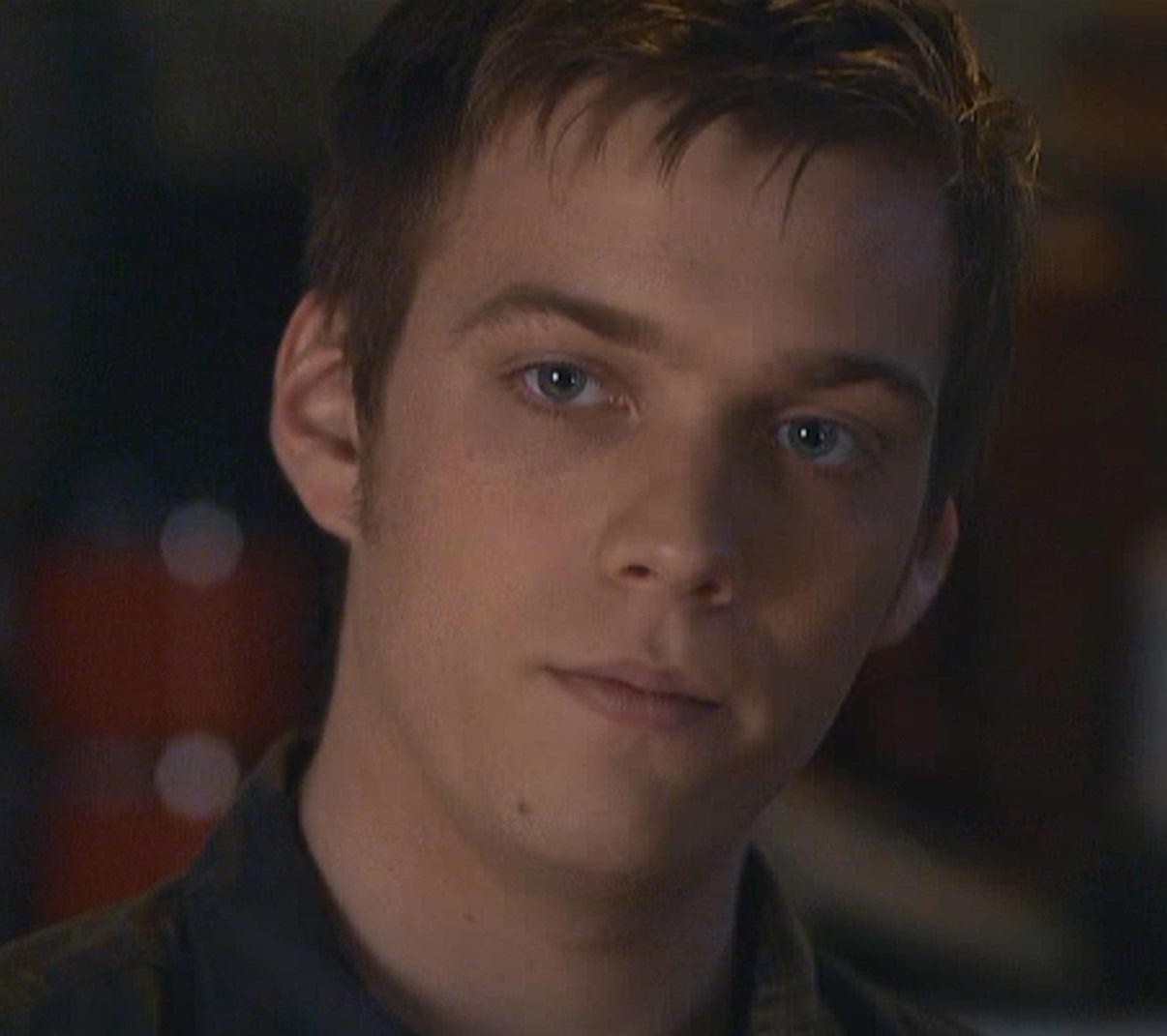 Adam Winchester, one of the closely related character to Sam and Dean have been forgotten since season five.
SOURCE: Fandom

In the finale of season five, we saw Sam and Dean fight to save the world from Michael and Lucifer while Adam (possessed by Michael) was expelled to the cage alongside Lucifer. As far as anyone knows, the youngest Winchester blood is still suffering in hell, without any sign of help from his heroic siblings. There has been plenty of occasions, where Sam and Dean have sacrificed themselves for one another, but they don't seem to care that their younger brother has been trapped in hell since season five. 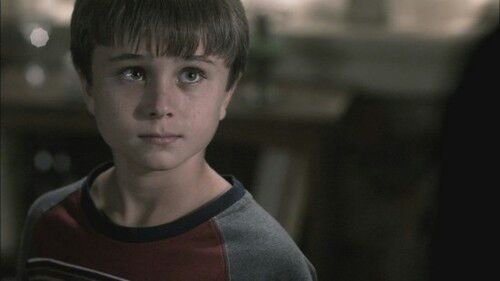 Jesse Turner was so powerful that it even had the ability to destroy the host of heaven.
SOURCE: Amino Apps

First seen after Lucifer's arrival in season five, Jesse Turner aka. the Antichrist was the child of a demon and according to Castiel, the young boy was inevitable to side with Lucifer and use his immense ability to destroy the host of heaven.

When the Winchester duo came across Jesse and his incredible powers, fans expected the character to play a major role in the battle against Lucifer and contribute to the overall narrative, but it's been almost nine seasons and Jesse has made no other appearances in the series. Jesse could have been a strong ally for Sam and Dean, but the Winchester brothers don't seem overly worried about the fact that the Antichrist is still out there. 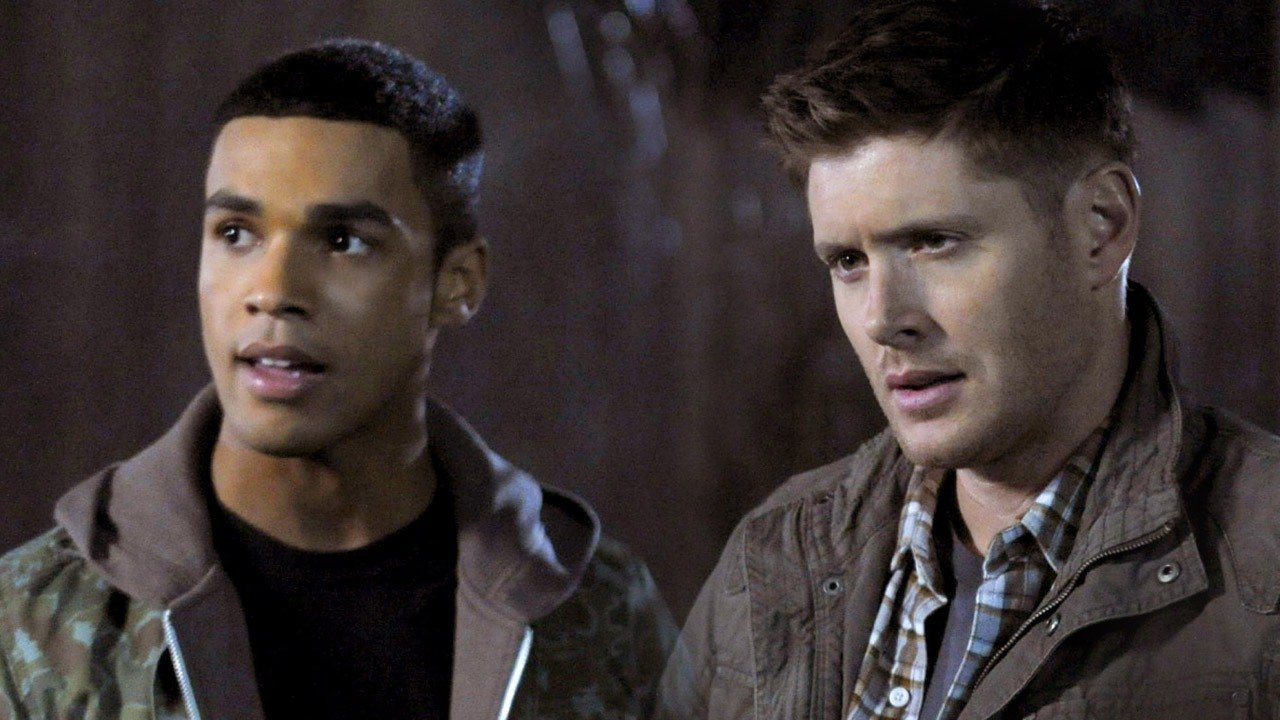 Bloodlines, the Supernatural spin-off series was killed off before it even started to make the points among the audience.
SOURCE: IGN

While there have been a few tried Supernatural spin-offs, Bloodlines left the biggest inconclusive storyline for the show. The back-door pilot for the Supernatural branch-off series took place in season nine.

But later, the CW eventually decided to cancel the series before it even started and the characters that were supposed to be its driving force haven't been seen or mentioned on Supernatural universe since. It could be understood that the writers/creators don't want to revisit a previous failure, but it is also equally disagreeable that Sam and Dean are completely okay with the fact that Chicago is infested with monsters. 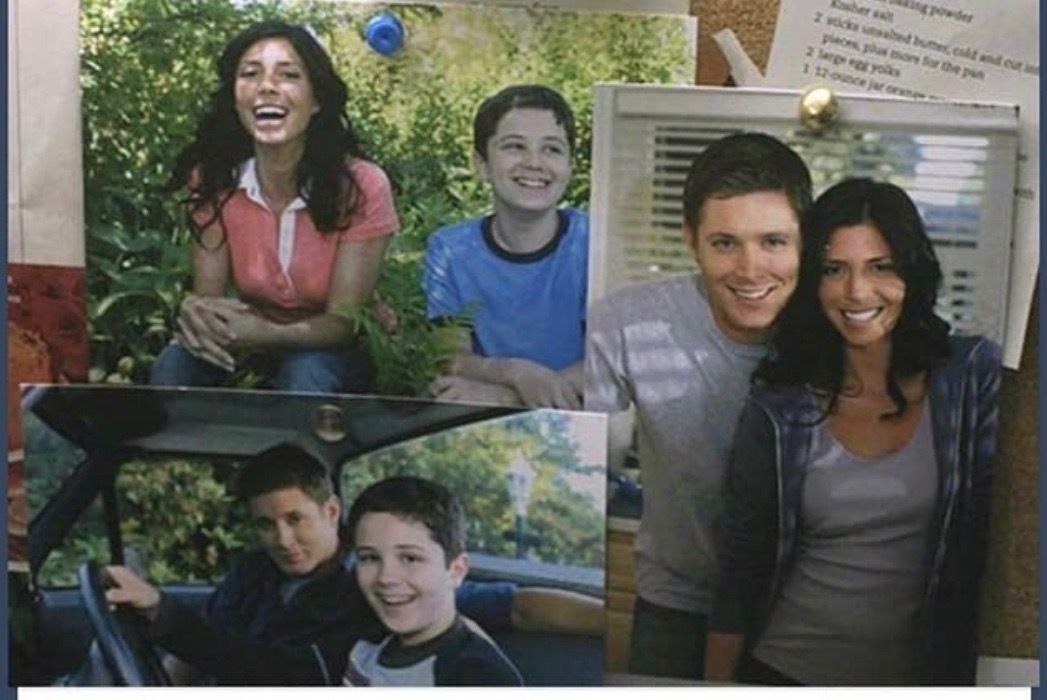 Dean's relationship with Lisa is the only detailed love story showcased in Supernatural.
SOURCE: Pinterest

Following Sam's sacrifice at the end of season five, Dean attempted to live a regular life with Lisa and her son Ben, but things took quite a toll for Dean when a soulless Sam returned from the trench.

While Sam and Dean have had their share of flings over the years, Supernatural has never been a show about romance. Dean's time with Lisa and Ben, however, was one of the show’s most adorable storylines, which made it even more tragic when Dean asked Castiel to erase their memories of him. As the love of Dean's life and his one connection to everyday life, it's disappointing that we've never returned to his story with Lisa and Ben. 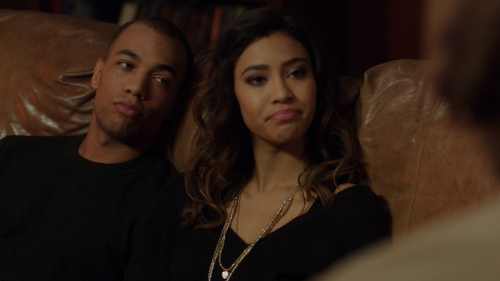 Supernatural hasn't shown it's most intriguing characters, the Banes Twins more than it is supposed to.
SOURCE: Tumblr

Supernatural has introduced many recurring characters over the course of its run, but Max and Alicia Banes are easily two of the most fascinating personas. The last time the twins were on the show, we saw Max making the risky decision to resurrect his sister as a twig and twine doll, which left the viewers in quite a riddle about what would be the fate of the Asa and Tasha’s children.

Unfortunately, the Supernatural scriveners don't seem to be concerned in reviving this particular storyline and the Banes twins are yet to appear in another episode. 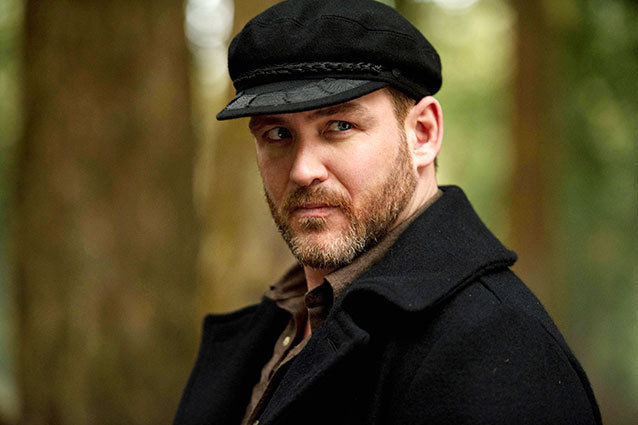 Dean's vampire buddy Benny Lafitte, was first introduced into the show as a close ally to the older Winchester brother during his time in purgatory. The character was last seen when he decided to reside in purgatory so as to give Sam enough time to escape.

Don't Miss: The Final Battle Of Game of Thrones Is Bigger Than Helm’s Deep In Lord Of The Rings

While Benny was in purgatory, the show never confirmed the character’s death (at least officially) but more than that he hasn’t been mentioned since his departure. The writers clearly haven't forgotten about Denny and his reappearance would certainly be an interesting turn of event in the series, which compels us to wonder why Supernatural hasn't tied this thread and resolved this particular arc.

THE REVENGE OF JACOB POND 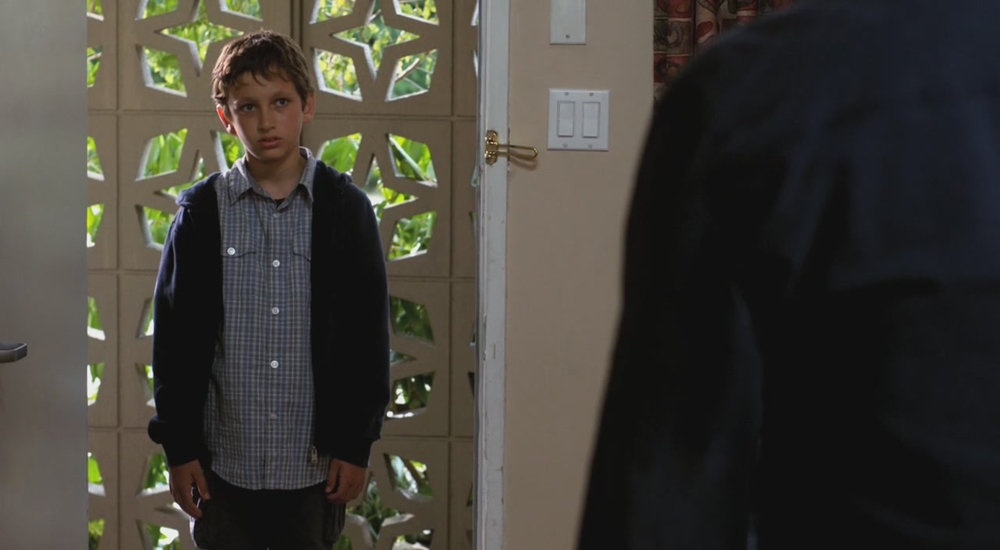 Supernatural seems to be forgetting about the dark threat Jacob made to Dean back in its ninth season.
SOURCE: Hypable

One of the show’s most perplexing storylines comes in the form of Jacob Pond, a young Kitsune who swore on to kill Dean back in season nine.

Dean killing Sam's childhood friend Amy Pond is arguably one of the darkest moments of Supernatural.

Years have gone by since Jacob vowed to get his vengeance, but the character hasn't been seen or heard from since. What’s more disappointing is the fact that the show is showing less sign of reintroducing Jacob back into its plotline, leaving us in the mystery as to what might have happened to the young boy and his hunger for payback. 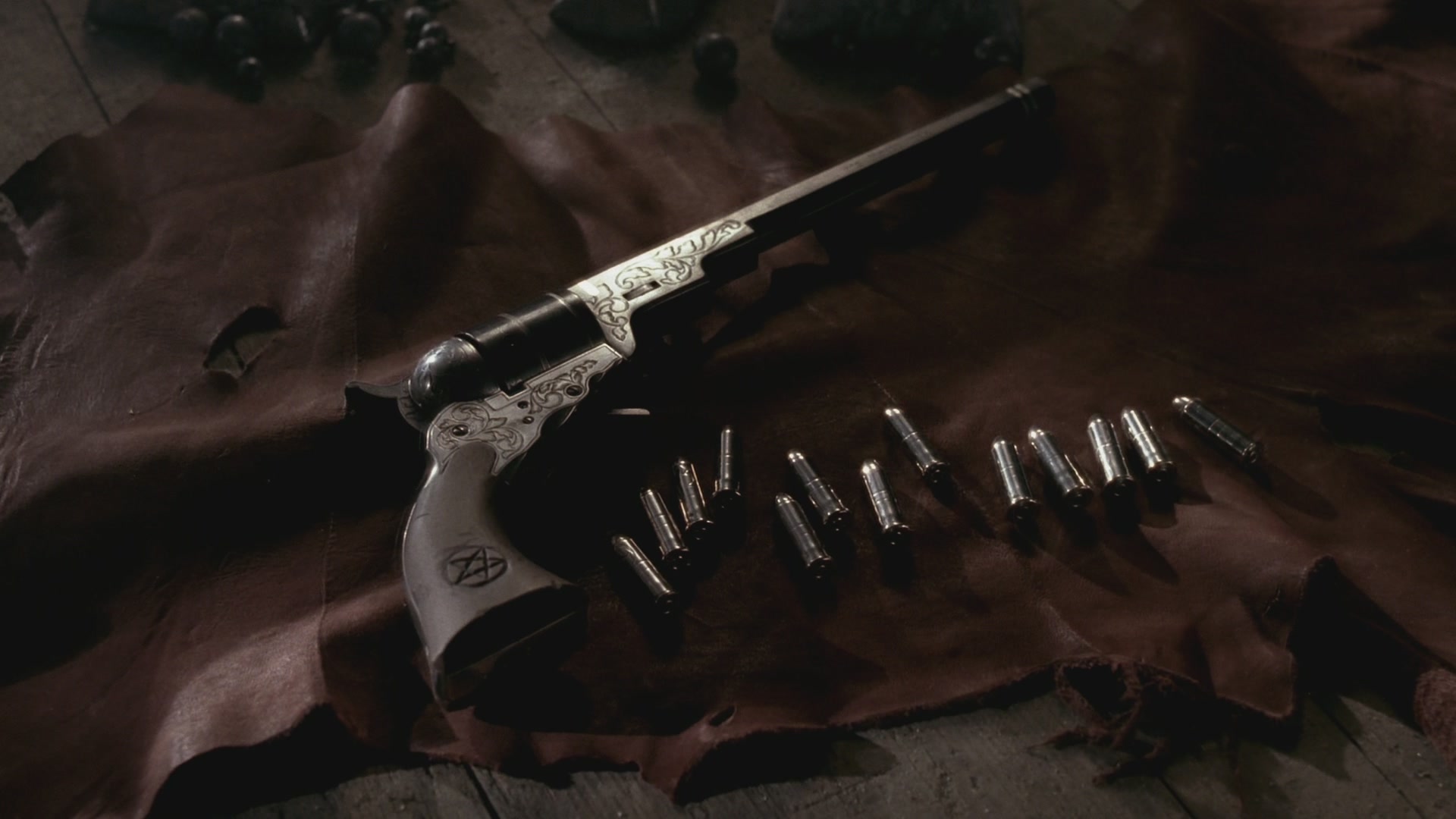 The Colt is considered to be the strongest weapon in Supernatural.
SOURCE: Fandom

Sam and Dean have a formidable arsenal of weapons at their disposal, including the incredibly majestic angel blades that can kill almost every creature on earth. Yet the most prominent of them was the colt, which was introduced as a game-changing weapon in the first season.

You May Also Like: CW Reportedly Working on an Arrow Spin-off For Blackstar

But the strongest edge of the Winchester brother was badly damaged when Castiel failed to kill Dagon in season twelve. Despite the detail that Sam said he would try and mend the colt, the revolver hasn't been seen or mentioned since. Dean would never have the shortage of weapons even without the colt, but the Samuel Colt innovation ranks relatively high on the Winchesters' priorities, yet it seems they have more urgent matters to attend to. 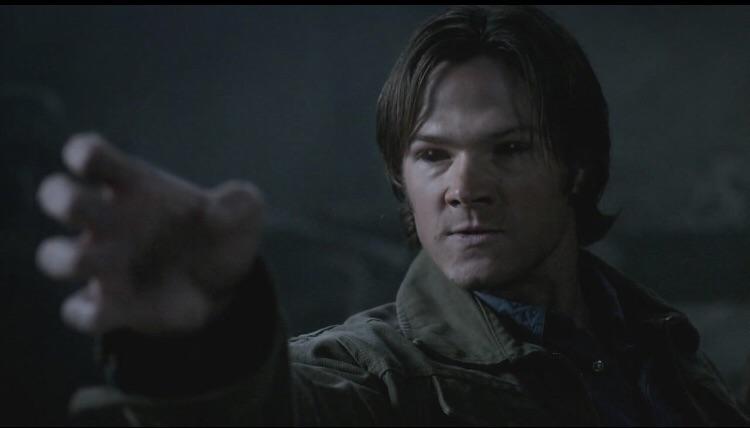 Sam was once possessed by an evil force in the Supernatural.
SOURCE: Reddit

In the earlier seasons of Supernatural, the show pivoted mostly around Sam and his frightening visions of the future. As the story progressed into a more apocalyptic territory, Sam learned (with a little help from Ruby) that drinking Demon blood would enhance his strength and even give him the competence to exorcise demons with his mind.

While Sam's compulsion to demon blood was eventually solved, it's safe to assume that his demon instincts are still intact, but the show hasn't mentioned or referenced Sam's connection to the immorality in years. 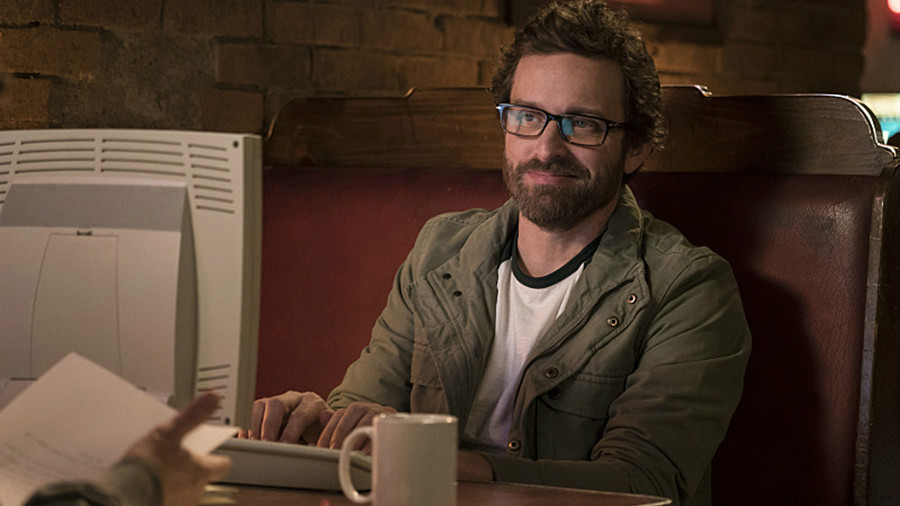 Chuck serves as the strongest character in the whole Supernatural series.
SOURCE: Screener

Supernatural fans were somewhat surprised when writers affirmed in season eleven that Chuck was, in fact, the legendary God all along. After years of theories, God was finally a major character in the series, but the show followers were ultimately left disappointed when the great almighty left the planet to spend some quality time with his sister aka the Darkness.

God hasn't returned or had much of a presence in the series, since his departure at the end of season eleven. It's both surprising and disappointing that a character as supreme as God didn't play a much larger role in the overall storyline.