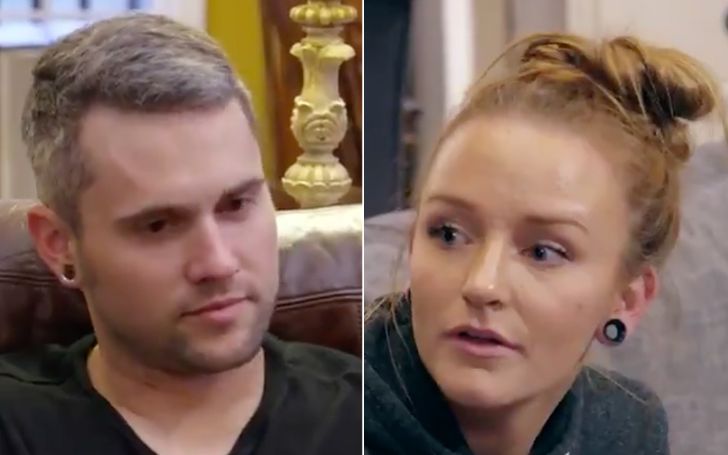 On Monday night episode of MTV's Teen Mom, which has been airing for a decade now, Maci Bookout, 27, voiced her frustration and anger towards her former partner Ryan Edwards after he was arrested for violating his probation.

For those who are unfamiliar with the news, well Ryan, 31, spent 3 months behind the bars of Hamilton Country Jail for the possession of Heroin and accused burglary of $1000.

Soon as Ryan Edwards returns to 'Teen Mom OG' he gets arrested leaving Maci all in tears.
SOURCE: Too Fab

Well, the problem now Bookout is tangled with is about the custody of their 10-years-old son Bentley, She doesn't want her son to hear about his father getting arrested.

16 and Pregnant star shares that she is worried if someone will whisper it into their son's ear before her.

Momma Maci is also worried about Bentley's friends and teachers who might brag Bentley citing his personal family stuff.

"Maci has always been really communicative and open with Bentley, and he’s at an age where kids at school talk about what’s going on with his mom and dad because of the show.”

So before her son gets humiliated in front of everyone, Maci shared that she likes to get in front of it and let him know herself but is facing problem to start. It’s her way of protecting him. She wants Bentley to have a good relationship with his father but she knows it isn’t healthy to keep secrets.'

As we witnessed Maci all burst in tears during the Teen Mom OG's 10th-year-anniversary trailer, she opens that “the anger that’s still there, it’s not about me, it’s about Bentley.” Which meant she had to have another tough conversation with their son ascribing Ryan's January arrest.

Ryan has been under custody for the three times in the past two years. The recent arrest was on January 23 for the theft of services after he left a Red bank.

Well, it definitely is hard for a 10-years-old kid to grow up in such a disturbed environment of problems in the family. We wish Maci and Bentley shortly sort out the problems. Stay tuned and connected to find updates.