home Lifestyle NXT Star Tegan Nox Comes Out As Lesbian, Here's What You Should Know About Her

NXT Star Tegan Nox Comes Out As Lesbian, Here's What You Should Know About Her 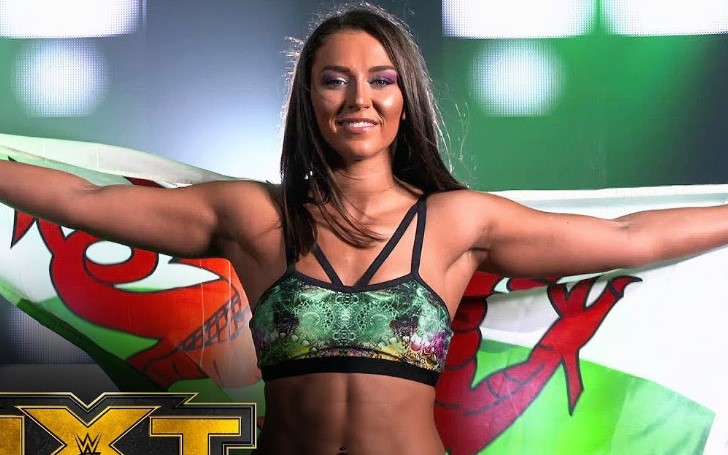 Tegan Nox of WWE NXT came out as Lesbian, the star stressed her friend Sonya Deville helped during the course.

Steffanie Rhiannon Newell, professionally known as 'Tegan Nox,' is Welsh professional wrestler who is known for her stint on WWE's NXT. The pro wrestler prior to signing with WWE used to wrestle on the British independent circuit under the ring name 'Nixon Newell.'

According to the sources, the pro wrestler used to play football (soccer) for a number of teams in her area and was also in the trial for Cardiff City and the Welsh national team. However, following her knee injury at the age of 13, the star wrestler gave up the idea of continuing soccer.

When she turned 16, Nox took a long hiatus from all kinds of sports citing her knee injury and a lack of passion for the sports as her reasons. But shortly, she found something new to ignite the passion for sports, and it was wrestling.

Also See: Eastenders' Callum Star Tony Clay's Girlfriend, Find Out If the Actor is Dating Someone or Not

We know how great she is in what she does, but there's something you should know about the wrestler. Tegan Nox recently announced something and came out of the closet.

Tegan Nox Came Out as Lesbian

Tegan Nox, one of the brightest stars of WWE, came out as a lesbian in an interview with Newsweek. Tegan talked about coming out on social media, stressing this felt like it was the right time.

Tegan added, "texts coming through from so many colleagues and friends. It was nice. It's great to see that there are so many nice people in the world."

Tegan Knox Revealed Her Fellow Wrestler Helped Her Coming Out

Tegan Nox is a good friend with her fellow wrestler, Sonya Deville. And according to the reports, Sonya is also a part of the LGBTQ+ community, and talking with her was a big help.

Nox also revealed her fellow WWE star Sonya Deville was a big help, Tegan added, "She was a big, big help. She gave me her phone number and told me to text her if I needed anything. So we keep in contact quite a lot about it.

You May Also Like: Carrie Ann Inaba Tears Up Following Tom Bergeron and Erin Andrews' Firing