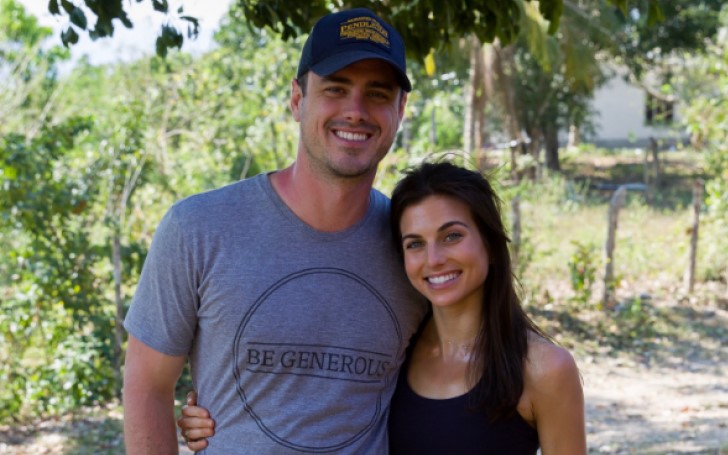 Ben Higgins says he and Jessica Clarke are perfect for each other.

The Bachelor star Ben Higgins of season 20 is hinting he is ready to move to the next phase in his relationship with his girlfriend, Jessica Clarke. The 30-year-old television probably can't wait long to pop the question. Ben is dating Jessica for a year now, and in a recent interview with 'Access,' the TV personality hinted he would be ready to tie the knots with Clarke.

Ben, during the interview, said, "Jessica and I are doing great. She is my best friend and my biggest supporter; I hope she would say the same thing about me; I think she would."

The 30-year-old further added, "We are moving forward. I think now it's the fun part, of like, when does it happen? How does it happen? What does it look like once we are talking that step?"

Well, that was enough tease, but Higgins also explained he is going on a tour for four months as part of 'The Bachelor on Stage' with Becca Kufrin, which could be the reason to hamper their smooth relationship.

Ben said, "I see a really, really great future for Jessica and me, and we will take that to the next step fairly soon. I think if you had asked me this three years ago, I would have felt pressure by Bachelor Nation. Weirdly enough, I feel very comfortable living within Bachelor Nation. I don't feel as much pressure from the fans and contestants of the show anymore because I've gotten used to it."

Lastly, Higgins added, "I know what they want. I understand why they're asking me why we're not engaged yet. I know what their desires are. They want to see me happy. It's been a year now that we've been together, and I think after a year. Start looking at it like, 'Hey, this either needs to move forward, or it needs to end.' And luckily, I'm looking at it going, 'This needs to move forward."

Well, it's pretty much clear what Higgins wants, and we can expect him to pop the question pretty soon in the future, but does Jessica feels the same way as he does? We will find out when he pops the question, which is kind of inevitable by the look of how he talks about his relationship with Clarke.