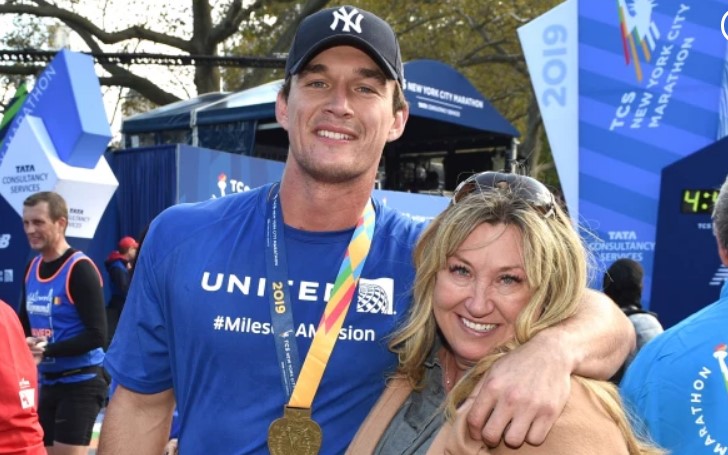 Former 'The Bachelorette' star, Tyler Cameron, is grieving after his mother died at 55, following her battle with her illness. As found on reports, Tyler's mother, Andrea Hermann Cameron, had a brain aneurysm.

A a few days ago, The Bachelorette star abruptly canceled his events, which he announced on his Twitter handle. The star tweeted to his fans and followers to pray for his mom and family; unfortunately, we heard this news today.

Tyler and his brothers Austin Cameron, and Ryan Cameron, are the only children Andrea had. The deceased was the resident of Jupiter, Florida, where she worked as a real estate agent.

Andrea, who suffered from a brain aneurysm, was rushed to the hospital on Thursday afternoon. Tyler Cameron's mother passed away two days after she was hospitalized.

Talking to one of the media outlets, Tyler Cameron, on his mother's passing, said, "She was super supportive. She was supportive of season star Hannah Brown and everyone else who was a part of that show, but she was also supportive of the random fans."

The bachelorette further added, "t hurts because there were so many cool things for us to do down the road, but I'm grateful I got to spend that kind of event and moment with her."

Even Tyler's brother, Ryan noted, "My mom didn't care who you were, where you came from, what you've done or anything at all. She saw everyone as the same."

Tyler Cameron, on his mother's passing, took to his Instagram. On his caption, the reality star wrote, "We will love and miss our mother dearly. She will live on through us and through those that she has had an impact on. While we grieve, we ask for two things: First, tell those you love that you love them, and second, please let us take this time to celebrate her life in private. Thank you for all of your love and support."

You May Also Like: Pierre Gasly Net Worth - The Complete Breakdown