The Mask Creator Urges Hollywood To Make A Female-Led Sequel 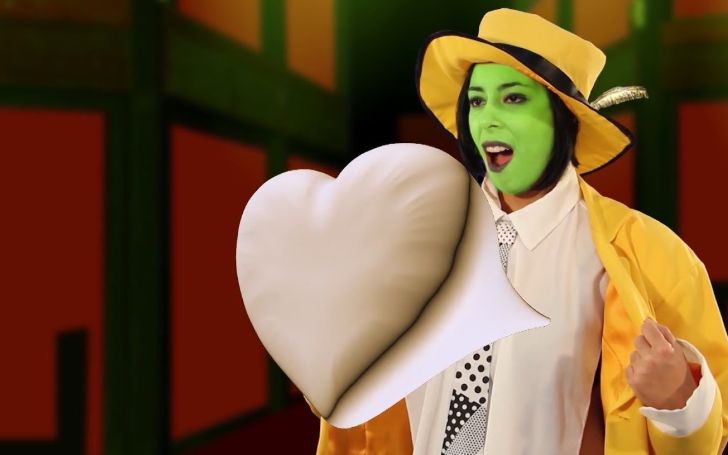 The Mask Creator wants to make a Female-Led reboot, has star in mind.

Mike Richardson, the author of 'Dark Horse Comics' and creator of 'The Mask,' wants to see a reboot of the Jim Carrey satire hit from the 1990s, however this time with a lady ahead of the pack role. The original 'The Mask' came out about 25 years back in the late spring of 1994. It was a prompt success, winning over $351 million on a $23 million spending plan, and solidifying Carrey as A-rundown actor.

In 'The Mask,' Carrey portrayed 'Stanley Ipkiss,' a hapless bank agent who, through the might of the titular mask, changed into a reckless, wisecracking, green-confronted hoodlum comedian in a yellow zoot suit. As a living animation character, Carrey got the opportunity to demonstrate his faultless comedic gifts and make a standout amongst the most notable figures, and movies, of its decade.

The success of The Mask generated both an animation series and computer game for the Super Nintendo. Shockingly, its realistic continuation, 2005's 'Son of the Mask,' suffered from the absence of Carrey and rather featured Jamie Kennedy. It though failed to reach anyplace close to a similar degree of money related or critical success of the first film, and the series was unexpectedly slowed down.

Also Read: Terry Crews Wants To Be King Triton In The Little Mermaid

Richardson feels that, prior to the film's 25th commemoration and the release of another Mask comic, right now is an ideal time to resuscitate The Mask franchise. Talking to Forbes, Richardson said in addition to the fact that he is prepared to return to the series, he also has an idea of who should play Carrey's veil wearing successor.

Despite the fact Richardson isn't prepared to state precisely who he needs behind the mask, he said he needs a "great physical entertainer" to lead the film. He likewise let slip that he would not like to state "her" name yet. This shows, like numerous different reboots at the present time, Richardson thinks any conceivable reboot of The Mask ought to have a female lead.

The greater part of this is by all accounts seems to be unrealistic reasoning on Richardson's part, as he's right now increasingly centered around the up and coming comic revival of The Mask. The comic series that brought forth The Mask was initially to some degree dim and explored subjects of total power and how that power would degenerate ordinary individuals into acts of frivolous retribution and violations up to and even murder.

Also Read: Will We See Mysterio In Future MCU Movies?

While the 1994 film mitigated a portion of the disrupting components of the comic, and Carrey played Stanley as less of a screw-up and a greater amount of an everyman, Richardson guarantees that the new comic arrangement will play more to the first comics' darker viewpoints. Regardless of whether the new comic arrangement will fill in as a messenger to another film is vague at this point.

On the off chance that a follow up to The Mask is made, it would clearly have a noteworthy inheritance to satisfy. Child of the Mask is everything except overlooked, and for a good cause, however, The Mask is as yet an adored film and a standout amongst Carrey's best.

The challenge with the potential reboot is discovering someone audiences can identify with and chuckle with as much as they did with Carrey, something that 'Son of the Mask' was unable to achieve. The way that Richardson has a lead as the main priority as of now is intriguing; however, there's no genuine method to conjecture yet on who she could be.

Fan favorite would obviously be Melissa McCarthy or Kristen Wiig for both name acknowledgment and their status as leading women who can proficiently play a kooky and physical comedic role, yet there are also a significant number of different conceivable choices.

You May Also Like: Did Spider-Man: Far From Home Break The MCU Timeline Once Again?

All anybody can do right now is keep a watch out if this news transitions into anything genuine. There have been in excess of a couple of attempts to breathe life into the franchise, and all have fallen through without truly getting off the ground. Starting at now, a reboot of The Mask, or a continuation or spinoff or whatever it at last winds up being, stays far away.