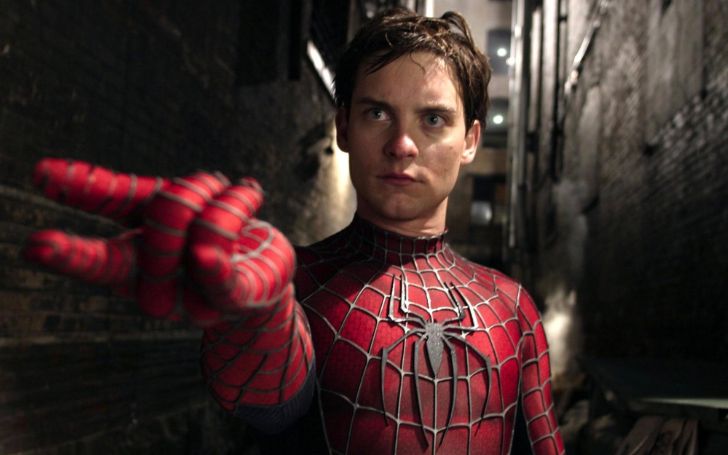 The cafeteria scene between Peter Parker and Mary Jane in 2002 Spiderman was CGI less; here's how many takes it took.

When you have to perfect a tricky stunt in just the right, there are a lot of takes that end up on the cutting room floor. So was the case for Tobey Maguire in Spider-Man (2002).

As you might recall, in the cafeteria scene early into the film, there is a moment where 'Peter Parker' (Maguire) is getting acclimated to his pristine Spidey powers. And so comes his childhood crush, 'Mary Jane Watson' (Kirsten Dunst).

In a moment of vulnerability, Mary Jane slips on some spilled juice and about to crash onto the floor. But thankfully, Peter's Spider senses are alerted, he catches the girl and, in one fell swoop, gets every one of the things that were on her plate. He makes it look totally elegant, however, that is far from the truth. 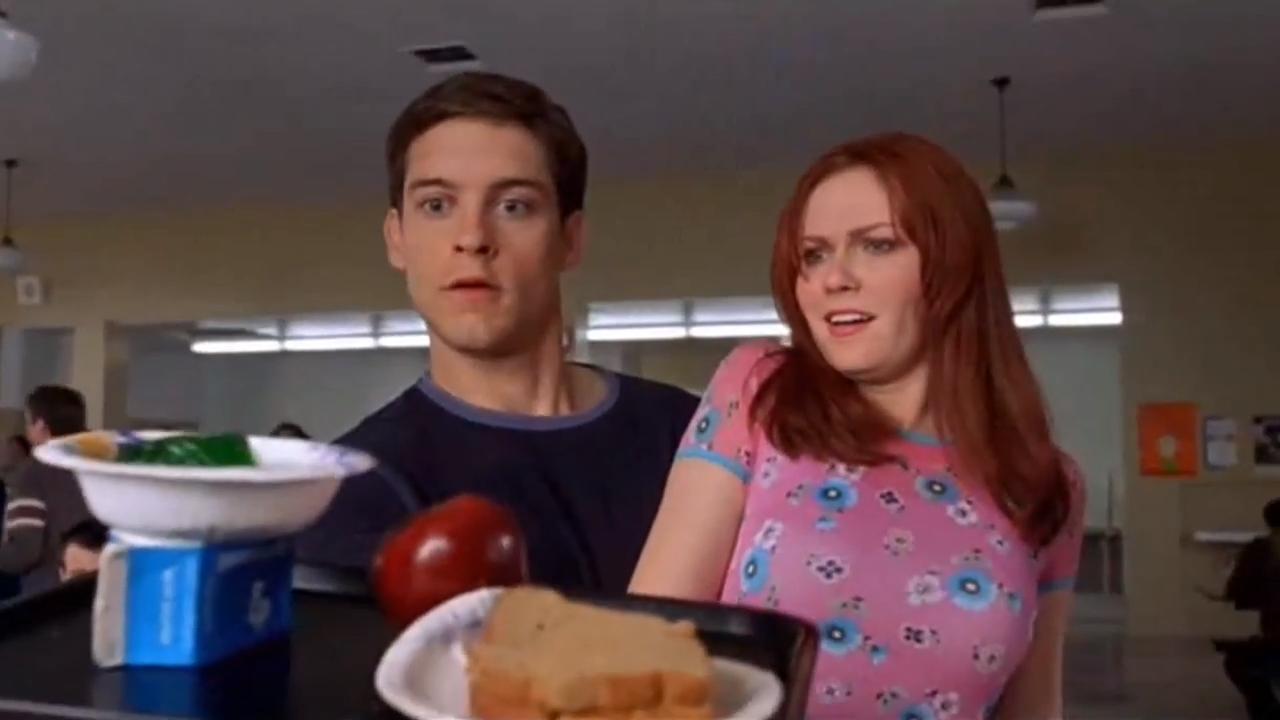 The cafeteria scene in Spiderman (2002) was done without any special effects.
SOURCE: The Independent

As it was noted by The Independent, this scene with Tobey Maguire and Kirsten Dunst in the school cafeteria didn't meet up as conveniently as it did in the movie. In fact, it took a lot of takes so as to hit the nail on the head. And we're not talking about five, or 10, or 20, or even 40; we're talking David Fincher/Stanley Kubrick-esque takes.

This memorable scene, in real, required a total of 156 takes to be wrapped. And the reason is that this extraordinary shot was created without any stretch of CG effects; it was all genuine and practical. As you can expect, it's not really simple for a minor human-like Tobey Maguire to do what Spider-Man can so naturally.

This information was added to Spider-Man's DVD commentary by John Dykstra, the chief of the VFX team for the film and a special effects craftsman. In an entirely saucy manner, Dykstra admitted it wasn't ultimately special effects that breathed life into this shot.

It was Tobey Maguire himself actually catching all the things on the trey, in spite of the fact that it didn't entirely work at the initial 100-plus times. Here's how Dykstra explains this shot on the discourse:

"This next gag here, where he catches all this stuff, he actually did that. Pretty good. Take 156.''

Kirsten Dunst also confirmed this bit of information on her own analysis track, additionally going into a little more insight regarding how Tobey Maguire was able to stick all the things onto the plate in just a quick style.

"Not CGI by the way, that’s all Tobey, which is pretty impressive. They used sticky glue stuff to stick his hand to the tray."

As you would anticipate, the studio — in this case, Sony — wasn't necessarily energized about having this scene in the film in any case. But Sam Raimi demanded it, and while it required an incredible 16-hour day of shooting, they were at last ready to pull off this shot.

You May Also Like: 'Spider-Man: Far From Home': Is Nick Fury the New Mentor Peter Parker Needs?

Thanks to that diligence, the scene went on to become one of the iconic moments in the genre of superhero movies. It was seen in all the advertisements, and it is one of the first things we remember about the film and also the most repeated moment.

The original Spiderman franchise was beloved experience and fans were crushed to see it being canceled out. As for the shot, it's sad to think that a scene like this one will probably never be seen on the big screen again. While there is no shortage of embellishments in movies today, particularly in superhero films, there are only a few that are as astounding as the one seen in this specific film. The outcome is a mind-boggling accomplishment.