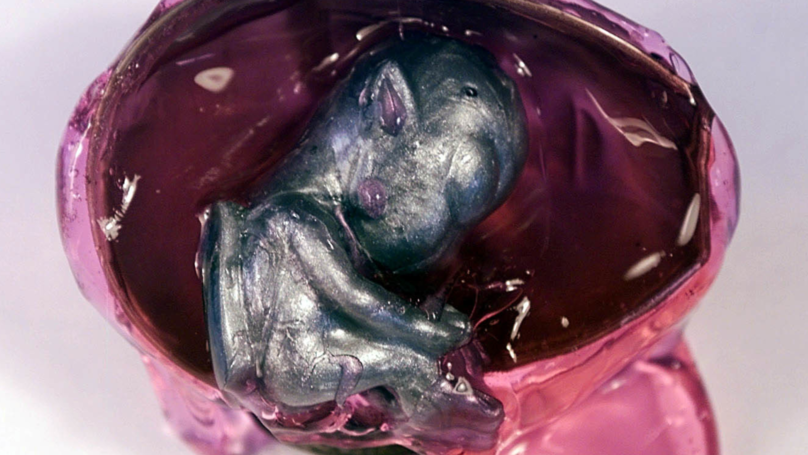 Time traveling is a thing of 70s, apparently!

The internet can be a weird place sometimes, filled with strange and unbelievable news popping every now and then.

The time traveler said she traveled to the 3500 years and got impregnated by an alien, though her claims lack backing substantially.

A Youtube channel, Apex TV, whose videos are always about time travelers and alien stuff, featured a woman with pixelated face talking from a chair.

The time-traveling woman shared her remarkable story in which the time traveler started out when she was 18 years old.

The woman said she was studying at University in Paris since was a student of chemistry, the time traveler was offered a lab job by one of her professors while there.

The time traveler continued and said she spent two years in the lab, labeling samples, and so on. Well, till this part, its something pretty ordinary, right? Wait for it...

The dramatic entrance of "secret room" in her story pops up, well, you pretty much-guessed what's next. The woman decided to venture into the forbidden room where she discovered a time machine called "the iron mass."

Next thing, the time traveler was working in the same room as the time machine, assisting people, doing completely different things as she was doing for the past two years.

Well, according to the woman, time-traveling is a thing since the 70s, but no one seems to know about it.

Let's continue to the story, the time traveler, after working for a year as an assistant on time travel machine, the woman decided she should try out the time-traveling thing for herself.

The woman was granted her wish when she was sent as part of a squad of 20 to the year 3,500. According to the traveler, 'the world had turned into a war zone,' and due to radioactive magnet waves, they could not travel back to the present.

Almost everyone who claims is time traveler tells pretty much the exact story, seems like the creative heads in Apex TV ran out of original scripts. But let's just keep our skepticism aside and continue to the story.

So, yeah, after the woman went to 3500 years, she found herself in a post-apocalyptic world and due to highly active radio magnetic waves, they can't make their way back to present, which means they spent a year there before they were abducted by aliens.

What happened next, you ask? Well, we don't know, the woman said: "I won't go into details because the pain, humiliation, and torture we went through was inhumane."

Well, okay! We believe you, love!!

The time traveler claimed she was the only team member to survive, staying there like a slave and magically returning to present! (how original).

Well, the time-traveling woman claims she did not return to the present alone, but what does that mean? The woman said she is the only person to survive in her squad!

Recommended: You Can Now Buy 'Scented Flatulence Pills' That Make Your Farts Smell Like Roses

The woman said, "She is pregnant form an alien and five months now, she will give birth to a child who will be a mix of a human and an alien from the "Andromeda Galaxy," INTERESTING~!

The time traveler continued, "I don't know what to do, I can't even imagine the solution to this."

Interestingly, the woman promised to show us her alien baby when it is born, and if, and only if, the first-ever human-alien baby is born in November, we would like to apologize to the time-traveling woman for being insensitive about her tribulation.