home Entertainment Tobias Harris Girlfriend 2020: Find Out About His Relationship

Tobias Harris Girlfriend 2020: Find Out About His Relationship 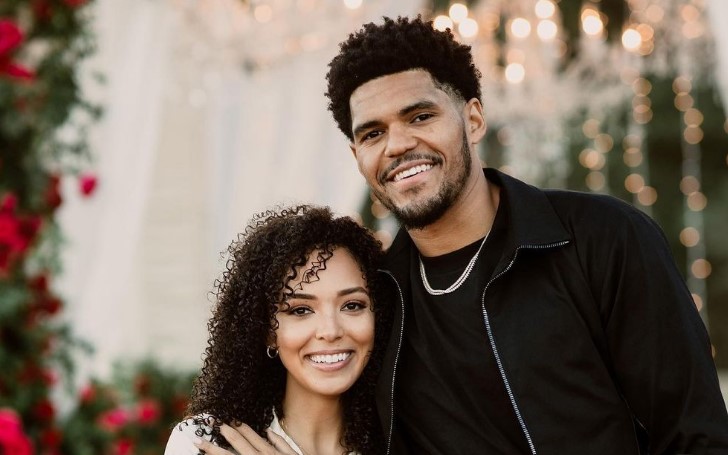 Here's what you should know about Tobias Harris' girlfriend in 2020.

Tobias Harris is an American basketball player for the Philadelphia 76ers of the NBA who was born on July 15, 1992. Tobias played college basketball for the Tennessee Volunteers and declared for the 2011 NBA draft after one season.

Harris was drafted 19th overall by the Charlotte Bobcats and then traded to the Milwaukee Bucks. The 28-year-old was has played for the Orlando Magic, Detroit Pistons, and Los Angeles Clippers previously.

While talking about his early life, Harris attended Half Hollow Hills High School West and joined the varsity basketball team as an eighth-grader, he knew what he was doing!

Later Tobias was transferred to Long Island Lutheran Middle and High School for his junior year and again transferred back to his old school for his senior year from where he earned the 2010 Mr. New York Basketball and was also named a 2010 McDonald's All-American.

Also Read: Who is Nikita Dragun Ex-boyfriend? Find Out What Happened Between the Former Couple

In his early college years, Tobias played for the Tennessee Volunteers for coach Bruce Pearl. He played in various positions, between forward and point guard in Pearl's offense.

Harris ranked fifth among all freshmen in the six major conferences with 15.3 points per game. Following his impressive play, the player declared for the NBA draft on May 9, 2011.

Tobias Harris' fans who follow him on Instagram know for sure that he is, in fact, in a relationship. According to his Instagram profile, Tobias Harris is dating his girlfriend, Jazzmene.

Tobias and Harris are in a relationship for a long time, the couple often makes appearances on each other Instagram profiles. Tobias is the one who often uploads pictures together on his social media.

Also See: Sierra Furtado Boyfriend - Find Out If the Tik Tok Star is Dating Someone Or Still Single

While not much is known about Jazzmene, but when we stalked her Instagram profile, we found out that she is a makeup artist based in Los Angeles. Jazz has worked with many big names including Sibley Scoles, an Emmy nominated On-Air Correspondent for Access.

According to the reports, Tobias Harris recently proposed to his girlfriend, Jazzmene. The basketball player announced he is now engaged to his longtime girlfriend on November 17, 2020.

The pro basketball player took to his Instagram account to announce the news. On the caption, Harris wrote,

'Life exists only at this very moment, and at this moment it is infinite and eternal. For the present moment is infinitely small; before we can measure it, it has gone, and yet it persists forever.' SHE SAID 'YES, YES!'"

Tobias shared a series of pictures from the evening, and it was for sure it wasn't just any little proposal.