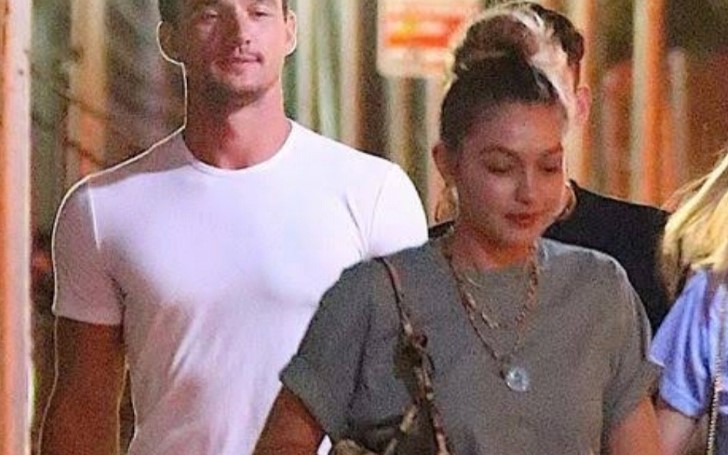 Tyler Cameron and Anastasia Karanikolaou were spotted together again at a New Year's Eve party.

Just when we thought Tyler Cameron and Anastasia "Stassie" Karanikolaou were through, the two were spotted together again on New Year's Eve in Miami, Florida.

According to the witnesses, Tyler was spotted "being awfully friendly" with Stassie at Fontainebleau Miami Beach. Apparently, the duo was at a party that featured Jonas Brothers' performance.

According to the sources,  the pair were joined by other guests, which included model Winnie Harlow for the new year's eve celebration.

The two, who were rumored to be hooking up, called it off after a short time. The last time they were seen was in November of 2019. Just when we thought they were through, they are sparking romance rumors again.

Is there a chance? Well, we really don't know, but looking at what two are doing, we assume it's safe to say the two enjoy each other company. Despite being with Kylie Jenner, Anastasia chose to be with Tyler, and the same goes for Cameron too. He could have gone to a party with his friends or with a person he feels close to.

Since both of them decided to go to celebrate New Year's Eve together, we can expect there some romance still left between the two. For more information on your favorite celebrities' lifestyle, stay tuned to Glamour Fame, and don't forget to sign up for the newsletter.