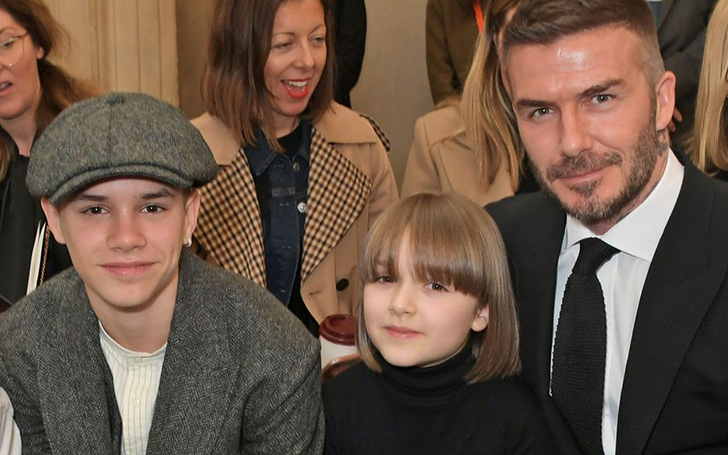 Each member of the family looked stunning but it was Harper who caught everyone's eyes. The little princess seemed adorable in her new French hair cut flaunting her black high neck sweater along with matching boots and skirt.

Meanwhile, The 7-years-old later sits in his daddy lap.

The cutie pie was roaming around sometime sitting next to dad, sometimes with her siblings. There were different media groups taking pictures of her and interviewing.

After a long time, Victoria presented her new collection in her hometown because of her hectic fashion schedule. So, all the family members came to support her.

JUST IN: #DavidBeckham and the rest of the A-list family have bagged the best seats in the house for the AW19 @victoriabeckham show (with Anna Wintour for company) #LFW pic.twitter.com/286D2WrrBy

Find out: Kim Kardashian Stepped Out in a Skin-Tight Snakeskin Dress For The Tonight Show Starring Jimmy Fallon

Among all siblings, Harper was definitely the center of attraction. In fact, her new hair cut added more charm to her already existing cute looks.